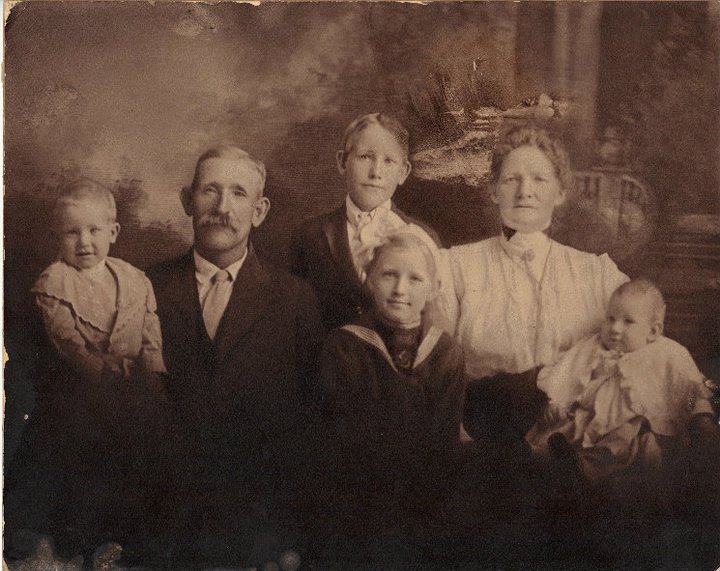 Five Long-Time Families at the Heart of Boulder County

Open Spaces on Both Sides

Randy Kneebone’s Great Aunt Marge Stingle seemed to have willed her fate as a centenarian. Randy recalls her declaring now and again that she wanted to live to be one hundred, and no older. About ten years ago, she passed away on the morning of her hundredth birthday. “As a matter of fact, the day before that, she had been just fine,” recalls Randy. “We had planned a huge birthday party for her that afternoon. Rather than a birthday, it turned into a celebration of exactly one hundred years of life.”

Kneebone is a familiar name around Boulder County. Randy traces both his maternal and his paternal roots to pioneers of Boulder County whose land has become a protected piece of local heritage.

Randy’s is a different life from the rural homesteading that his predecessors knew, but there are a few resemblances. Like the farming families in his bloodline, Randy and his wife Amanda are raising a large family. Their five children – Kolton, Kayleigh, Kennadi, Karson and Kamden – range in age from 13 to 2. And like his farmer forefathers, Randy has a heartfelt appreciation for big machinery. In his home office, he proudly displays a sprawling collection of tiny model trucks and other excavating equipment. They’re mostly miniatures of the actual machinery that he’s in the business of owning. “I get them from the Caterpillar dealer, Wagner Equipment, out in Denver,” he said.

On his father’s side, Randy’s great-grandfather was the first to homestead the area that is now Kneebone Open Space. The land sprawled out on both sides of 111th Street, and that first generation of Kneebones farmed both 40-acre lots on each side of the road. The east side (now the open space) was the hay and wheat field. The west side (now a housing development) was where the farmhouse stood and cattle roamed.

In the late 1800s, the land was sold to a railroad company, which then leased it back to the Kneebones. For three decades starting in the 1930s, Randy’s grandparents Joe and Ida Kneebone farmed the land and raised a family of seven children on it. John “Bill” Kneebone was the oldest. He stayed and helped out with the farm until he was in his mid-twenties, when he met Randy’s mother, who lived in Louisville.

Randy’s mother Clara Patricia “Patty” Hocheder came from a deeply rooted Boulder County family herself. Her mother, Betty Hocheder, was a Clyncke—a family coming from old wealth in Germany, which bought hundreds of acres of land on South Boulder Road around what is Louisville today.
Betty’s mother Clara Clyncke (Randy’s great grandmother) was close to the Randy and the Kneebone family growing up. Clara came from the Stingle family, another big farming name in early Boulder County history. Her brother Louis Stingle married a woman named Marge (the prompt centenarian), and together they founded a homestead that is still standing today. Uninhabited, it’s a fully restored piece of history, turned over to Boulder County as Stingle Farm, with Boulder County Open Space status.  On occasion, school buses of field-tripping elementary schoolers will visit to learn about the county’s pioneering past.