A brief chat with the Butcher Babies 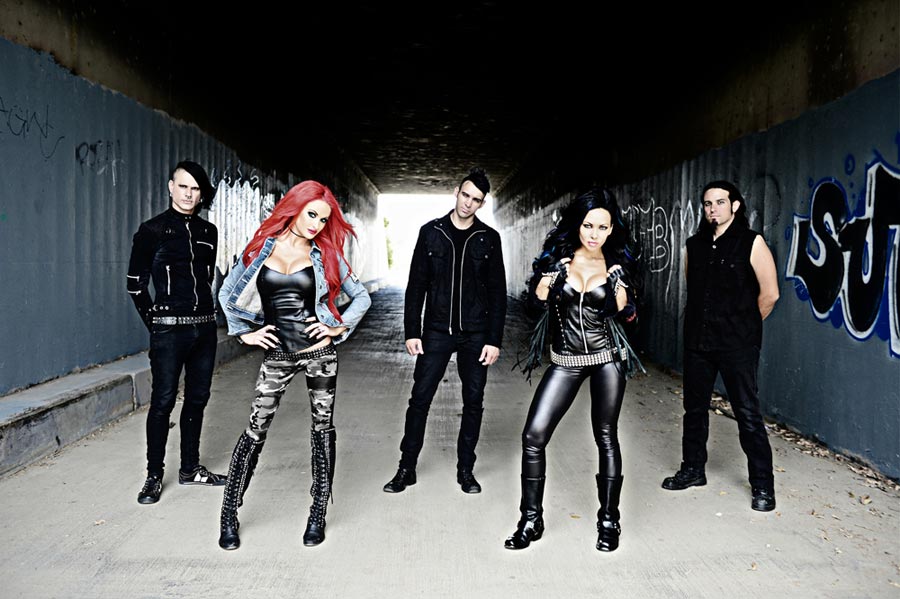 Female-fronted metal band the Butcher Babies play the Black Sheep in Colorado Springs on October 21, and we were delighted to have a chin-wag with singers Heidi Shepherd and Carla Harvey to get the lowdown…F

Heidi Shepherd: I love Denver. Denver’s one of my favorite places to play. I have a lot of friends and family there, so for me it’s a lot of fun. The last time was with Black Label Society in May.

CH: We’ve been with Century Media since just before our tour with Marilyn Manson in early 2012. We’ve put out all of our albums so far through them, and we’ve done another one. They’ve been instrumental in our career. They were with us in the beginning, when we were playing small clubs and we were eyeballing each other the whole time. They’re like family to us.

HS: They let us have our creative freedom. A lot of bands will get signed to a label and it will be the end of their creative career. They have trust in us and confidence, and they allow us to do pretty much whatever we want. It’s really nice to have that trust from your record label.

YS: You recently quit performing wearing nipple tape and started wearing clothes – was it a relief?

HS: We haven’t done the nipple tape thing in a while, and that was an ode to Wendy O’Williams and the Plasmatics – the first female in heavy metal and she inspired us. The band is named after her song “Butcher Baby,” and we wanted to give a big, giant “F you” to the music industry, telling us what we should do and sound like. That’s the attitude that Wendy had so that’s where that came from. That message was heard loud and clear. Plus, we had been doing that in our old bands so we had done that for about five years and we were over it. About three or four years ago we stopped doing that, and decided to let the attitude speak for itself. It’s kind of great because we have the ability now to play to all ranges, and I would say a lot of our fan base are kids. It’s really nice to be a positive influence to children, rather than people looking at us like, ‘Oh, these girls must be whores.’

YS: You can really wail…

HS: People want to think that people dress like that to hide their lack of talent. We’ve heard that a lot, and it’s ridiculous. If they didn’t understand it [the Plasmatics thing], then shame on them because that’s music history right there. I don’t care what people think.

CH: None of us do, and that’s the reason we stay strong every day. We don’t read the nasty comments people post, we don’t play into it, we don’t talk about it, we just go and do what we do. We started thins band to see what would happen, to make music with our best friends, and five years later we’re touring the world and living the kind of lives that we always dreamed of when we were kids. No matter what anyone says, we win in the end.

HS: Another thing is that I didn’t know my ears could see. We have musical talent and we write great music. That’s one thing that looks could never do for anybody. That is talent, that’s not us getting somewhere off of looks.

HS: We are playing a headlining tour, so we will be playing about an hour and a half set. We have all sort of things planned. We’ll be playing the first song we ever wrote as a band. We’ll play something new that will be on our brand new album that nobody’s heard yet.

CH: It’s pretty cool because normally when we come to Colorado, we play 25-minute sets because we’re opening for a bigger band or playing a festival. This time, everyone gets the whole sh-bang.

CH: We’re going to go home and finish the album, then we’ll head back out on the road with Black Label Society again through Canada.

HS: And Hatebreed. I’m really excited about that.