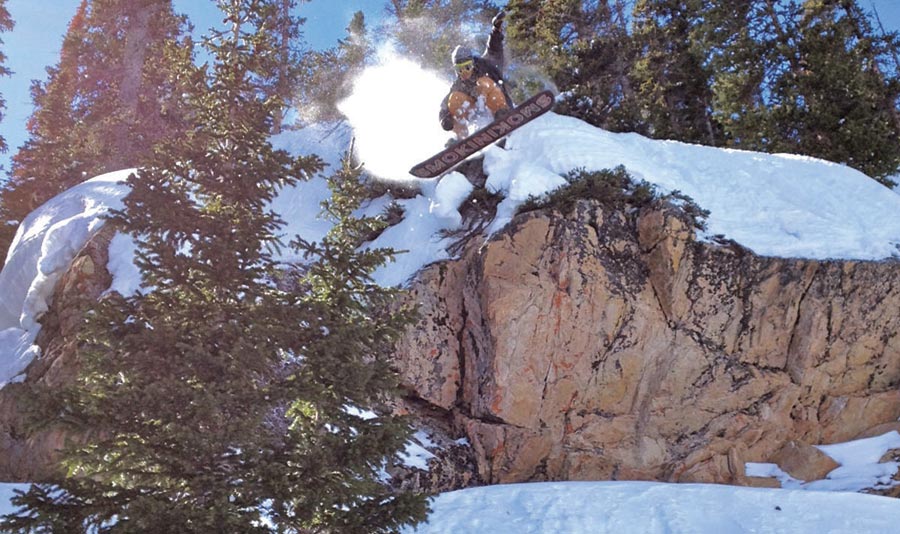 Ryan Walker Arrington is one of the name up-and-coming snowboarders in Colorado, currently in the process of making his way from semi-pro to pro. His is a name that you’ll be hearing a lot more of, so Yellow Scene wanted to talk to him before there’s a bandwagon to jump on, about the hidden wonders of Winter Park, the vertical north slope in Alyeska, and more.R

Yellow Scene: When did you start boarding?

YS: When did you go pro?

RWA: I guess I’m semi-pro. I’m not really getting paid. It’s more like they’re just giving me product to keep going and stuff. That’s really it. I do video and photos, all that good stuff for these guys and just throw their name out there. They just give me stuff to keep going. I’d love to go pro. You’ve got to be in with the company and they’ve got to trust you that you’re going to put it out there, and it’s definitely an ambition of mine. I’d love to do that one day.

YS: What has been your biggest achievement so far?

RWA: Probably just traveling in general. Being able to travel to Mt. Baker, get out to Oregon, go out to Superpark an all that good stuff, is an achievement in itself. Getting stuck in Colorado is an easy thing to do, but getting out to those events like Superpark is pretty mind-blowing.

RWA: Absolutely. It’s kind of died down now. I used to do a lot of slope style and all that good stuff. Now, I’ve started migrating more towards the bank slaloms, level and pass, a couple of back country competitions. I’m migrating more towards the back country and getting a little more organic with it I guess. Slope style is just parks, jumps, rails and all that good stuff. Just competing, doing athletic stuff I guess. It can get intense in the back country, and I get more of a rush doing anything in the back country than lining up for an 80 ft booter. I think there are a lot more elements that go into it. Kids are training more and hitting foam pads. Out in the back country, it’s still just you and the mountain. There’s no competing and that’s what I love about it. Just you and the elements, making your mark.

YS: Do you have any events coming up?

RWA: It’s all lottery driven so I haven’t got a firm word on it, but I’m trying to go for the bank slalom up in Washington in Mt. Baker. I’d love to get to the Dirkson Derby here in December. That’s kind of it until around March and April – that’s when the fun little competitions will start heading off.

YS: What gear do you use?

RWA: I get snowboards from a company called Smokin’ Snowboards, they are a hand-made snowboard company out of Lake Tahoe. Smokin’ J, the owner, is an old ripper from back in the day and he’s been creating boards out of his garage for some time now. That was a decade and a half ago he started doing that stuf, and it’s now getting to the point where it’s getting some pretty good popularity. It’s picking up, so they give me a couple of boards each year, and then Vans get me boots and all that good stuff. I work at a snowboard shop up in Winter Park as well, so I’m in contact with all those reps all the time. It’s pretty easy to nimble your way through to get some stuff.

YS: What is the craziest slope you’ve hit?

RWA: I never got to hit it, but we went out to Alyeska this last year and that whole north face is really cool looking. Just heavy vertical. It’s very steep, but they didn’t have enough snow this year so I was just looking at it.

YS: What’s next for you?

RWA: Just keep going with it. Keep getting further and further into the back country. There’s a lot of good spots still out there. Winter Park’s one of those places that hasn’t really been conquered completely. You go to these other places and it’s been discovered – everything’s been found around there. But Winter Park’s one of those places that’s so hidden that you can just keep going further and back and just keep discovering stuff. Continue with park, stay healthy and keep competing. Getting out to the west coast and doing that stuff.