‘Tis the Season for Food & Family 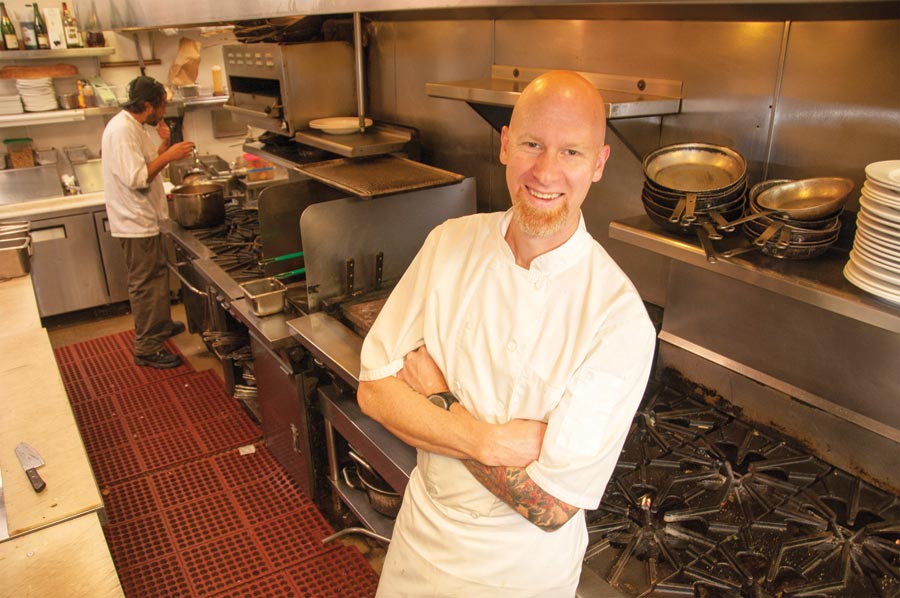 Thanksgiving is, for all intents and purposes, all about food and family. But for students away from home or sons and daughters, mothers and fathers living in another state, the holiday about saying “thank you” becomes a truly foodie holiday.T

And after family and food, the first thing that comes to mind is The Bird.

“And after family and food, the first thing that comes to mind is The Bird,” said Michael Drazsnzak, executive chef at Colterra in Niwot. And while The Bird is by far the biggest seller, Drazsnzak says that the others offerings on the menu are there for people who don’t like turkey, even on Thanksgiving.

“People are looking for some choices,” Drazsnzak said, adding that he will go through 250 pounds of organic, GMO-free turkey during his fully booked three-course, prix-fixe dinner from 2-7 p.m. Thursday. “Not everyone enjoys turkey, so to have options is good for the guests. We see a lot of sharing.”
Besides the high-end hotels in and around Boulder, one of the few other restaurants that are open and offer a turkey dinner option on Thanksgiving is the Greenbriar Inn on U.S. 36 between Boulder and Lyons.

“We add a turkey plate to our a la carte menu, a pumpkin bisque soup and some traditional desserts like pecan, pumpkin and apple pie, but that’s about it,” said Matt Ochs, executive chef at the Greenbriar. He said they will do about 800 covers [dinners, basically] from 11 a.m. to 8 p.m. that day.

Somewhat like Colterra, Ochs said the Greenbriar doesn’t roast a whole turkey like the general populace. They break the turkey down and roast the breast on the bone and then make a turkey roulade (slices of meat rolled around some filling, in this case stuffing, and sliced) with the dark meat. That is served with roasted sweet potatoes, mashed potatoes and cornbread stuffing from a 25-year-old Greenbriar recipe.

Over at Colterra, Drazsnzak said that after brining the bird for 24 hours, they actually spatch the turkey (split it down the middle, remove the backbone and flatten the bird out) and roast it at about 450F until it’s done.

Low and slow is counter intuitive for cooking a bird, you actually want to cook it quickly.

“Low and slow is counter intuitive for cooking a bird,” Drazsnzak said, “you actually want to cook it quickly.”
Spatching a turkey — a process more commonly performed on a chicken (spatchcock) or other game bird — makes it possible to cook the bird more quickly, more evenly and the entire bird is done at the same time.

After the backbones are removed, Drazsnzak roasts them and makes a stock. He then reduces that to make his gravy. And because he uses organic corn starch instead of a roux (cooked butter and flour) to thicken the gravy, he can offer a gluten free version of the dinner by merely leaving off the stuffing.

Prepping for the busy holiday season and Thanksgiving in particular is a months long affair. Drazsnzak has to place his turkey order about two months out. But with First Bite Boulder restaurant week happening the week before Thanksgiving, there is almost no breathing room from the middle of November until New Year’s.

“I’ve been in the business for 26 years and I love to cook for people,” Ochs said. “Thanksgiving is a big food event, but the part of me that’s a dad and husband does come out. Luckily I have an understanding wife and son. At the end of service Thursday, they will come and sit down and enjoy a turkey dinner here with me, so it’s not too bad.”