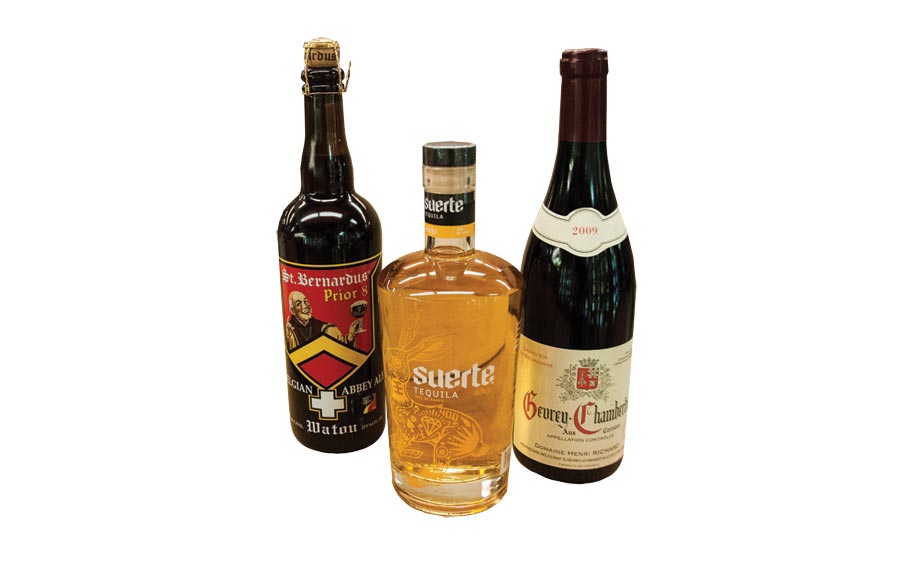 The holidays come but once-a-year and with it the in-laws, holiday traffic, and long lines at the checkout. Luckily, there are stores which specialize in helping manage the holiday pressures.T

If you like whiskey then Atlas Valley is the liquor store for you. Specializing in American whiskies, Atlas Valley covers all 50 states on their “Whiskey Wall”. Chances are if they don’t have it, then it’s not in the country. Atlas also offers a build your own six pack option and has a wide variety of macro and micro brews to tickle any beer connoisseur’s fancy. (2770 Arapahoe Rd., Lafayette, 720.287.1728)

Any true wine master would know, quality over quantity. Fox Creek does just that. They may not be as large as some of the other liquor stores on this list, but they sure do pack a punch. Specializing in wines from around the globe, Fox Creek also offers a certified Sommelier and wine tastings along with a highly knowledgeable staff to help with pairings, special events or just a simple night in with a friend. (1610 Pace St. #700, Longmont, 720.494.0771)

Pettyjohn’s has been in business for 45 years now, an incredible achievement, and much of the credit has to go to owners Ann and Chris Coppinger. The couple were hired as clerks by then-owners Jon and Marie Pettyjohn, and now they own the place, doing much to give back to the community at the same time. “We donate to all local schools, child-centered non-profits, and animal rescues,” they say. This beloved store has a great selection of beers, wines and hard liquors, and the staff is super-friendly. (613 Broadway, Boulder, 303-499-2337)

Located off Pearl Street, this Boulder original is a new take on liquor stores. With over 12,000 selections of wines, beers and spirits, Hazel’s sets itself apart from the traditional liquor stores with booze from around the world. Want whiskey from Canada? Done. Care to try some merlot from France? Pas problem. Fancy a microbrew from Maine? Stop on in. (1955 28th St., Boulder, 303.447.1955)

Liquor Mart was one of, if not the, first liquor stores in Boulder County. Established in 1968 by Tom Lacey, a CU alumni, the store was also one of the first to switch to the modern layout of liquor stores; with all of the products in aisles around the store rather than fixed behind the cashier. Today Liquor Mart encompasses more than 30,000 acres with two whole floors full of beer, wine and spirits. (1750 15th St., Boulder, 303.449.3374)

20,000 square feet of stocked store surprise you when you walk through the automatic sliding doors. Wine, beer and spirits are stacked nearly to the ceiling and rap around the corner for even more selection. But what sets this local liquor store apart is that it gives back to the community. Superior Liquor gives money to certain charities around Colorado. (100 Superior Plaza Way #100, Superior, 303.499.6600)