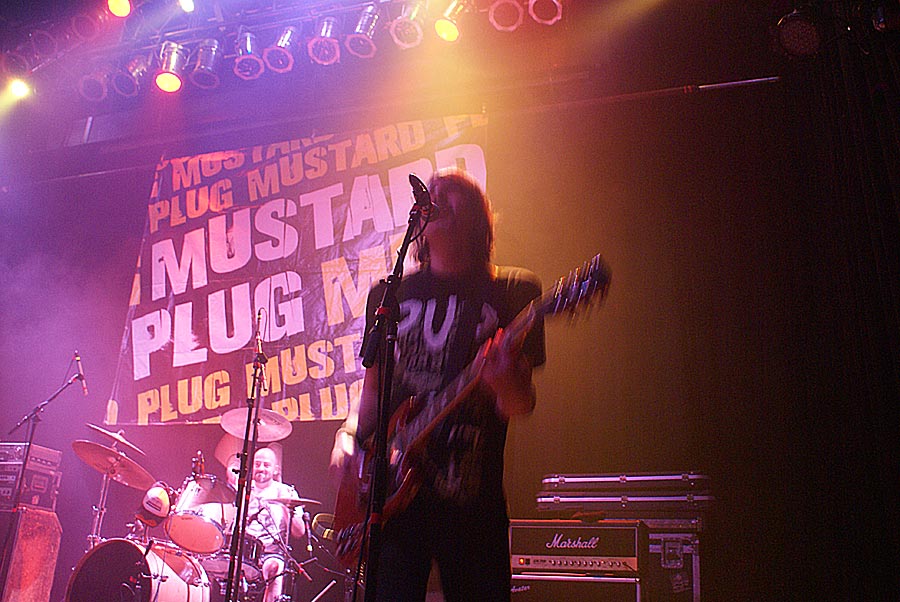 Dubbed as party-core, local Denver-based heroes the A-OKs got the fist-pumping skank pit going opening for the Voodoo Glow Skulls and Mustard Plug. Representing the great state of Colorado with a seven-piece band of fury, singing songs about subjects we grew up knowing all too well (chicks, booze and bad luck, mixed with humor). It’s a collection of comedic tragedy songs that brought me back to my awkward high school years.D

Speaking of kicking it back to my old high school glory days (not really, I loathed high school) Voodoo Glow Skulls are one of my favorite bands. It has been seven years since I’ve seen them live. Pretty sure it was at some Vans Warped Tour sometime ago before it was cool. They played all the songs that I wanted to hear and closed with “Band Geek Mafia.” The thing about watching the bands I grew up with is that the older I got, they age too. They still rocked like they did in their prime.

Mustard Plug was so much fun. I was on the stage taking photos and got the full view of the crowd and experienced the energy that the band must feel every time they play a show. I got to see the facial expressions and the passion pouring out from every single person on the floor. I lost my voice, danced in the mosh pit and ended up crowd surfing. I haven’t crowd surfed in a couple of years and I got picked up by a giant man and hoisted into the air. No broken nose, no blood.

What’s even most refreshing is that there’s a new crop of kids helping with the revival of punk and ska. So the scene isn’t dead, the youth is keeping it going. Less trash pop, more good ol’ fashion punk-ska. My faith in the youth is becoming restored. The same teen anguish that I felt growing up is still there. In these uncertain times with corruption, racism, and injustice, that anti-government attitude is what made me fall in love with punk rock from the beginning. The feeling that I’m not alone, there are others out there like me going through the struggle, banding together to fight for what’s right and for change.