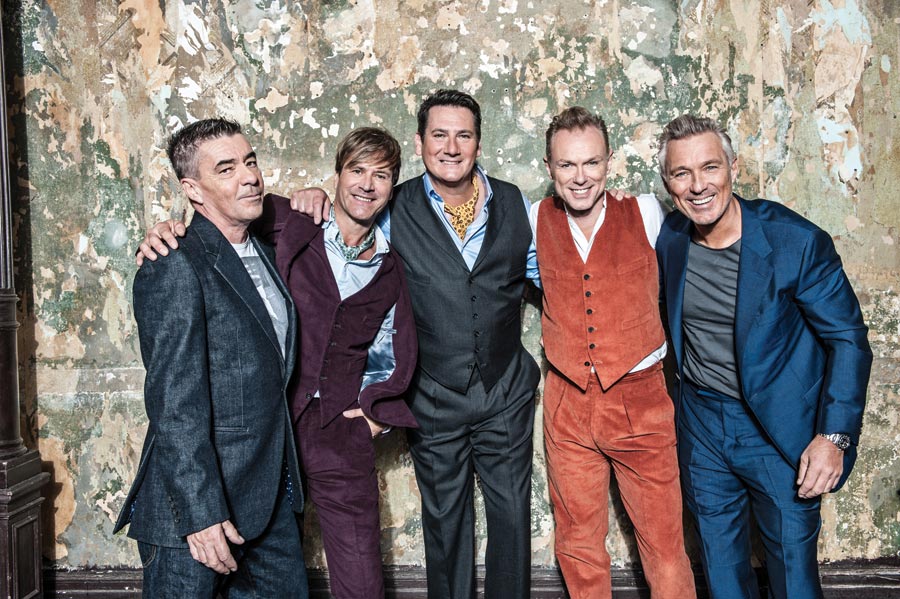 In 1980’s England, Duran Duran and Spandau Ballet were battling it out for the highest number of record sales among the pop single-buying kids. The bragging rights would swing from one band to the other (with Wham getting a look in from time to time), until Spandau split up amidst in-fighting and new musical fashions. Duran Duran stuck around, but Spandau Ballet were largely considered a blinking light of nostalgia, until they reformed five years ago. Now, there’s a new movie out about them, Soul Boys of the Western World, and Spandau is embarking on a world tour. They’re coming to Denver, so we spoke with drummer John Keeble…I

Yellow Scene: It’s been five years since the reformation – how are you guys getting along? No fights?

John Keeble: Not yet. All the knuckles are clean at the moment. Hey look, we got over the big fight five years ago so this is easy now.

YS: What has been the reaction in the US to your reunion, particularly after your recent appearance on Jimmy Kimmel Live?

JK: Spandau has always had a good rep in America. The early stuff did really well in the trendy bits of America, especially on the coasts. We did see a bit of America in the early 1980s, but we didn’t do enough touring in the States which is slightly annoying because Spandau has always been a much better live band than we were ever given credit for.

JK: We’re just sort of pushing that around at the moment. We have a couple of days of rehearsal next week, and we’ve been doing a lot of promo and chatting. What to put in, what to leave out. There’s a core of the set, about 15 tunes that must be in there, and then the rest is up for grabs. We’ll put our toes in the water next week, and play some songs we haven’t played for six years. Play some other songs we haven’t played for 30 years. I think there’ll be something for everyone.