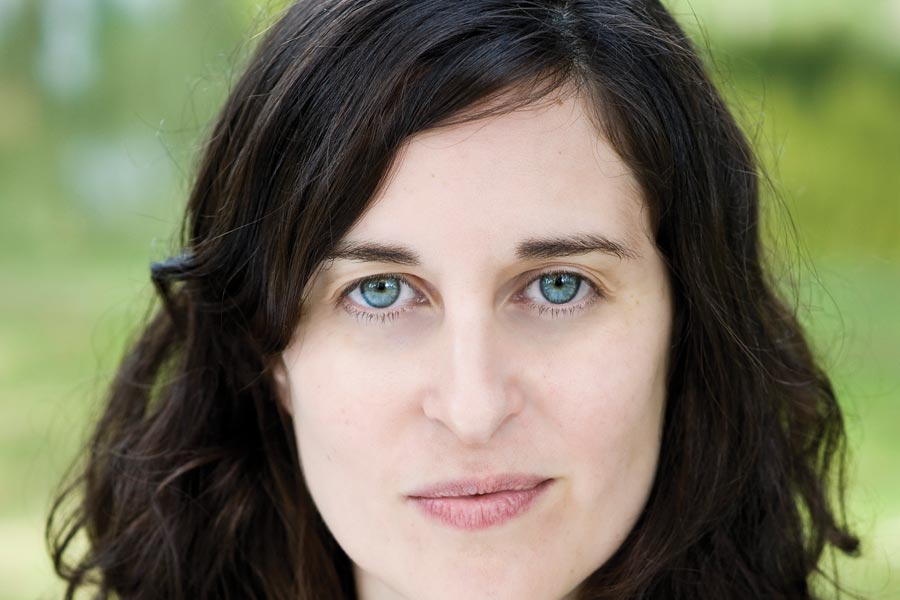 Brit transplant Chloe Veltman is the arts editor for Colorado Public Radio – you may have heard her authoritative and informed tones, complete with accent, on the NPR channel. Despite the fact that she’s only been here for 18 months, Veltman is a fountain of knowledge when it comes to local art and culture, and we were delighted to speak to her to find out what makes her tick.B

Yellow Scene: What brought you to the US, and Colorado?

Chloe Veltman: I’ve been in the country since 1998. I originally came on a scholarship to do part of a Master’s degree at Harvard. I did that, and I guess at that time I thought I’d rather think about the arts and make it make sense to people rather than be practicing with a theater company. I was really lucky – I managed to swing a total dogs-body job in the New York office of the Daily Telegraph. I was just there pretty much running around after the journalists who were there – making coffee and doing whatever they wanted. Occasionally, I’d get to do my own story. It was a great opportunity, because I basically started freelancing all over the place. Other than a six-month stint in London, I’ve been in the United States ever since. I was based in San Francisco for 13 years when I got back here, and then I moved to Denver a year and a half ago, because of this job at Colorado Public Radio.

YS: Were you working for NPR in San Fran?

CV: No, although I did have a weekly show that I hosted and produced called Voicebox which was all about the human voice. I’m really fascinated by voice. The show won some awards, and I had some non-profits but I wasn’t an NPR journalist – I was the host and producer of this specific show. My main background is as a print journalist, so I was with the New York Times out in San Francisco for a couple of years – I was the culture correspondent in the Bay Area. Then I had this thing called the Knight Fellowship at Stanford, and then I got another fellowship at Stanford the next year. It was after that I moved to Denver.

YS: Was the transition between print journalism and radio difficult?

CV: I didn’t set out to do radio. I was interested in voice, and I was looking for a way to tell these stories. The radio felt like a natural fit because voice is primarily something you listen to. Hosting a weekly radio show for an hour is not the same as being the editor of a brand new arts bureau in Denver where I have a staff of reporters, and I’m commissioning work and editing it, and sometimes out in the field myself. We do a lot of digital – it’s not just radio. Radio is just one platform we work on. I don’t think of myself as having transitioned to radio, as developing a skill set across a variety of different things.

YS: How does the arts scene here compare to San Fran or London?

CV: The thing about the Denver area is it’s really on the make, right now. It’s a really exciting time to be here, and it’s a particularly exciting time to be an arts journalist here. The city has changed dramatically, and there’s so much culture going on. Everything’s new, and you can really try things out. San Francisco is such a vibrant city with so much going on, but I feel in a way like that city had it’s moment in 1968 and it plateaud after that. Denver is an interesting place because it’s smack in the middle of the country. There’s no other significant cultural or business center for hundreds of miles. So it’s sort of an island in the middle of the country and, as a result, you get a lot of great national and international people stopping through as they hop between the coasts. But then there’s a lot of great stuff coming up from the local people. The whole state is bubbling with activity. The thing that really blows my mind about living in Colorado from a cultural perspective is that there’s so much random amazing stuff happening in the middle of nowhere. For example, you drive for five hours into the mountains and hit this little town called Creede, which used to be a mining town but it has this amazing ensemble repertory theater company called Creede Rep. They have a company of around 80 people, and they’re producing really high quality work. People come from all over the country, some from abroad, to see them. All these minors came mainly from Europe to these places, going west to make their fortunes. They’d get to these little, tiny towns and to them, civilization and culture was building an opera house. It feels like a unique thing to Colorado.

YS: Are there significant cultural differences between Denver and Boulder?

CV: Boulder definitely has it’s own identity. There’s a lot of really amazing artists who live and work there. Denver has more of an indie rock scene, but I feel like there are exciting things going on in experimental film because there’s a legacy of that on Boulder. You have this incredible campus at CU Boulder. Both places have their own identities, and I know people from Boulder hate to be lumped together with Denver, but I tend to think of the Metro area as encompassing Denver and Boulder. They’re so close to each other.

YS: What are your favorite places to listen to live music?

CV: It depends what kind of music. If I want to check out really amazing contemporary chamber music, I would go to Dazzle, which is a jazz club. I would also go there for jazz. I think eTown in Boulder has an incredible selection of roots music and blues, and then there are all of the wonderful places on South Broadway like Hi-Dive and Skylark to hear the local indie rock scene. There are countless places that I like to go to. The Belly-Up in Aspen often has great music. Swallow Hill I would go to hear great folk music. The Newman Center I really like for all kinds of music.

YS: What’s the best thing about your job?

CV: Getting to connect people with culture in Colorado – helping to draw out those connections for them.