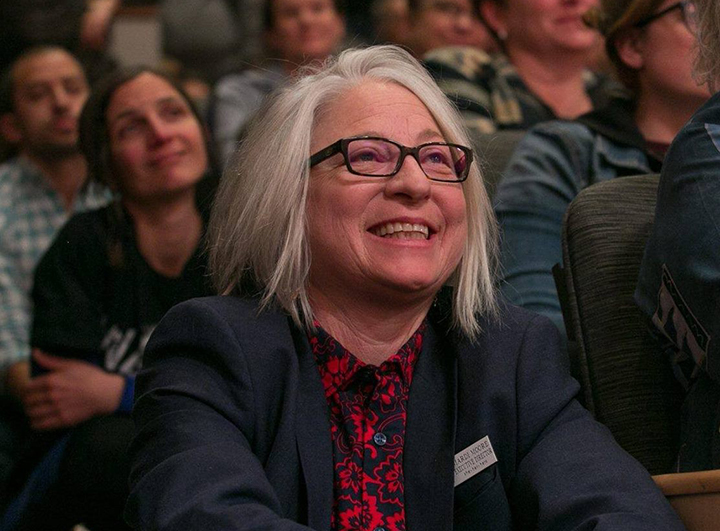 Mardi Moore, courtesy of Out Boulder

Early in 2015, Advocate recognized Boulder as one of the nation’s queerest cities. Well, one of the queerest cities if one doesn’t want to navigate the subway of New York City or outrageous rent of San Francisco. Out Boulder’s Executive Director Mardi Moore has been working hard for the past year to ensure the LGBTQ community in Boulder are welcomed and accepted with open arms, and we got the opportunity to speak with her about Out Boulder.E

Yellow Scene: For those that don’t know, what does Out Boulder do?

Mardi Moore: We educate, advocate, and provide services, support and programs to Boulder County’s LGBTQ communities. I know that’s a very broad answer. In the world of education we do a couple of things. One of our long-standing programs is a program called Speaking Out, and about 50 trained volunteers go into Boulder Valley school district, CU, St. Vrain Valley school district and other places of education, and those volunteers go in and talk about their experiences being LGBTQ, or parents of LGBTQ people. We speak at about 50 schools a year. We also serve time on other community panels as far as Greeley and other outlying areas. We are a resource for training of non-profit groups, government groups and churches. As far as advocating, of course marriage is legal now and we did a lot of work advocating for that right. In addition, we’ve been very vocal on trans rights and continue to advocate for equality on gender identity.

YS: What impact has the advocating had on trans rights?

MM: We’ve made some progress but we still have a long way to go. There are laws on the books in the state of Colorado that make it illegal to discriminate in employment, however trans people continue to experience discrimination. There are laws on the books that make it illegal to remove somebody from a place of business for using what somebody might think is a wrong bathroom, and laws that say people can use the bathroom that they want to use whether it is gendered or not, but people don’t obey those laws. Colorado is very forward thinking when you look at the states of across the board. Colorado has all the right laws, but that doesn’t mean establishments are following them and that’s where a lot of the work has to happen.

YS: Do you guys experience a lot of pushback from the community as you advocate for these issues?

MM: People in Boulder County want to do the right thing for the most part, and we are currently doing some organizing to see if that continues to hold true.

YS: Apart from the educating and advocating, Out Boulder also hosts a number of events throughout the year both small and big, can you elaborate on that?

MM: We have historically done health and wellness programming. We have an upcoming LGBTQ self defense class for example, and to do these things we partner with local experts to provide these classes. One of the most exciting things that we do is the programming for our youth. We’ve got a couple courses going on where YouTube sensation Ash Beckham works with the youth in a number of workshops including creative writing and a photojournalism class, where the youth will be using disposable cameras to go around and take pictures. We also have an 18 to 25 year old group called Queer Creative. In Longmont we have a trans support group and a queer knitting group that meets every Thursday. Those are just examples of the small things that happen regularly around the area for LGBTQ people to get involved in.

YS: What is the reasoning behind hosting these groups?

MM: In 2010, which was the last time a survey was done for the LGBTQ community in the area, people were very clear then in saying they needed social connection. Here in Boulder County people are integrated, to a large extent so it’s not like Boulder County needs a gay bar, but we need a place where we can go and sit with somebody on Friday nights who is of the same mind and we don’t have that here in Boulder County. It’s not like there is a gathering spot or watering hole where we can go and share ideas.

YS: What big events do you guys have in the works?

MM: I’m actually working on the graphic right now, we are running a little behind, but we are having a big queer dance party on February 28th, which will be a lot like the really big dance party that we had around pride. Speaking of, every year we organize and plan Boulder Pride, and last year it was the biggest it has ever been and the dance party was huge and fun, and we had guys without shirts. It was probably the best queer parties I have ever been to and I lived in New York. We also do the Garden Party, and the Red Party. But we have a couple other big events in the works that I’m not willing to discuss yet, but everyone needs to be on the lookout.

YS: You guys seem to be doing quite a bit for the queer community, how long has Out Boulder been around?

MM: Back in 1992, there were terrible things happening in the state of Colorado led by a woman named Marilyn Musgrave who was in the Longmont district. What she was doing was basically making it legal to discriminate against the LGBTQ community. That case went all the way to the Supreme Court, but luckily the good guys, that being us, won. Shortly after that local community got together and decided that they had to organize. Out of that came an organization called Boulder Pride. That group of local activists started it, and they started throwing a big pride event every year. Around 2000 the Gill Foundation gave Boulder Pride enough money that they could actually rent space over here next to Lucille’s on 14th.

YS: You mentioned that you were previously living in NYC, what brought you out to Boulder?

MM: I have been here just over a year. I am a Colorado native I was born up in Fort Collins, but my family has roots in Boulder County, and I’m going to be buried in the Green Mountain Cemetery so I thought I’d come home and work. I’ve been working in LGBTQ politics and fundraising since the early 90s.

YS: What is your take on the queer community in Boulder?

MM: I left Colorado to come out because of family issues, and it took me 30 years to get back to the state. So when I got back I jumped into a line of people who have always kept their eye on the prize. Boulder historically has been very forward thinking and very active in making sure there are protections for the LGBTQ community. But it’s always been a good place to be LGBTQ on the surface, but there are still discriminations people face. Since moving here, I was holding hands with a woman in Denver and people were turning and looking in aghast. In Boulder I’ve only seen two different couples holding hands at the Pearl Street Mall. There are more than two couples. We are relatively invisible. So we are fighting for visibility in the County, if for no other reason than for the youth. We want them to know there is nothing wrong with being LGBTQ and there are many successful LGBTQ people. We have the resources and support for them, and they can be successful just they way they are. 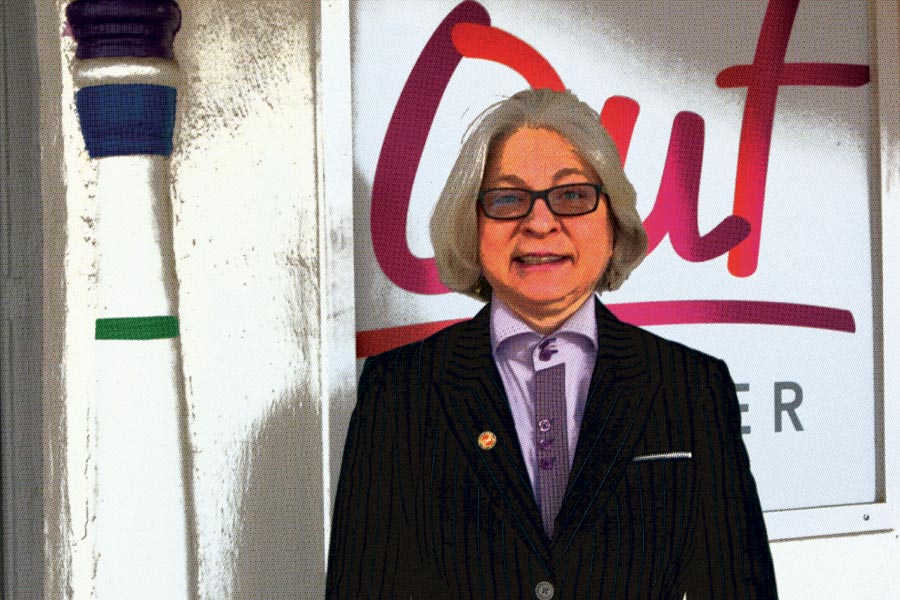