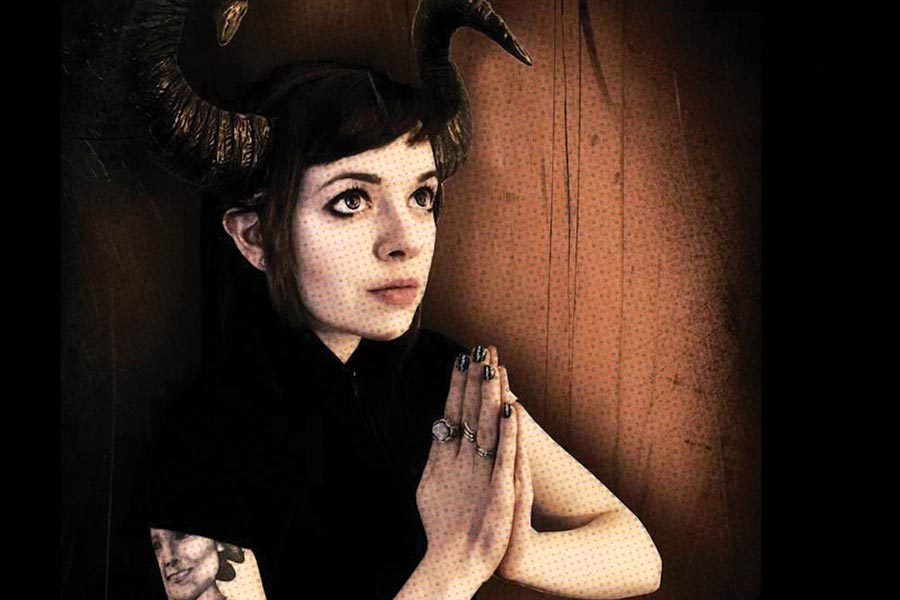 LaRissa Vienna describes herself as a “spooky pop artist from Denver.” That’s fair, but it only tells half the story. With beautifully melancholic, atmospheric vocals that skirt the line between spoken-word poetry and singing, Vienna is a true artist and one to watch on the local scene. We spoke to her after receiving a copy of her one-track CD Underwater as she prepares to push out an EP…L

Yellow Scene: When did you start making music, and taking it seriously?

YS: How would you describe your sound and style?

LV: I would say the sound of the music is really mellow, ghostly rock. People tell me it puts them in a daze, and a lot of people tell me they have done drugs to it. I don’t do drugs, but I can imagine that, if I did, I might listen to myself. I really love the classics. I love David Bowie and Queen the most. I really like Johnny Cash. I’m a big fan of the greats, and I love the 1970s.

YS: Like a Bowie, you really seem to concentrate on the lyrics…

LV: That’s fair. I’m always writing poetry or random lyrics that I might think of, and I have little books that I carry with me. Later, when I sit down to write a song, it’s easy for me to pull from those things that I’ve written before. The song on the CD started out as a poem, and once I sat down to write a song it completely fit.

YS: Do you have any recorded output besides the one-track CD?

LV: I just put that out, and the rest is coming out in March. It will be a six-song EP.

YS: Do you have any shows coming up?

LV: I’m going to do a CD release, hopefully at the Marquee, once that’s all out. I want it to be a pretty packed show.

YS: What’s next, when that’s done?

LV: I’m definitely going to make a music video. I made one a couple of years ago and I’d really like to make another with the full band. When I started as a solo artist, it was literally just me by myself. I made all of the music and all of the recordings – I did everything alone but now I’ve got a full band with me so it’ll be really fun to do a music video like that and let people know that it’s not just me anymore.