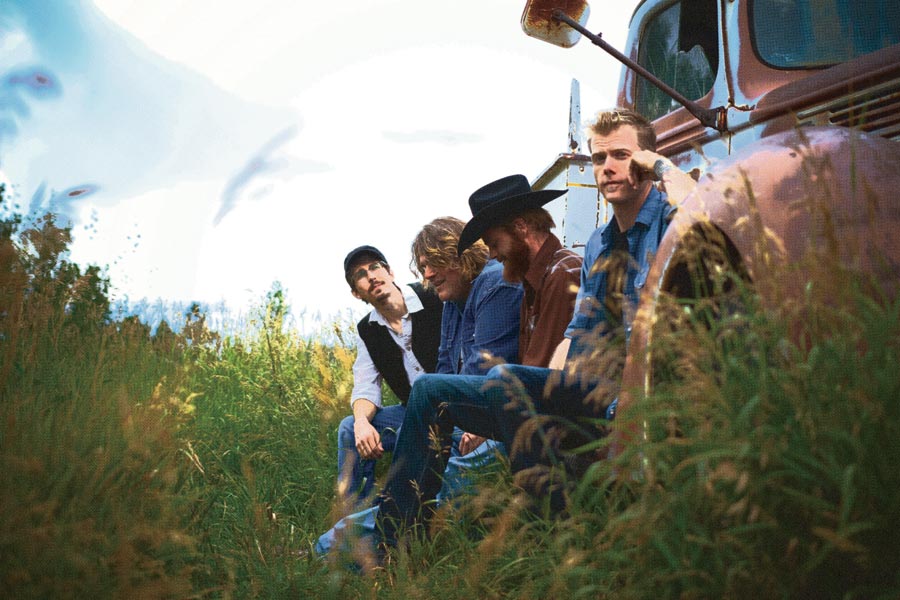 The Gasoline Lollipops are one of the weekly house bands at the awesome Waterloo bar and restaurant in Louisville. Most Tuesdays, Clay Rose and his band can be seen there, playing their own brand of outlaw country blended with roots and rock. We spoke to Rose to find out more…T

Yellow Scene: When did the band form, and what were you looking to achieve?

Clay Rose: That’s hard to answer because we’ve had many different incarnations. The only thing that’s stayed the same is the name. The name has been attached to a band since 2004. At that point, it was more of a rebellion towards popular music at the time. It felt like things had gotten pretty soft, at least in Colorado. It started off as a punkabilly band. But soon, Boulder had it’s effect on me and it softened me before I was able to make Boulder harder. I also got older and calmed down a little bit, and started paying an homage to my upbringing in Nashville. I started playing a lot more country-oriented stuff, and also playing a lot of old folk songs that I was writing in my teens and twenties, revamping them. So it has this strange, eclectic sound that sill incorporates the original punkabilly. The body of it is probably country with folk elements. Donny Ambory is our main soloist on his Telecaster.

YS: Do you have any recorded output?

CR: We have two albums out so far. The first is called Dawn and the second is Death. They’re the first two in a trilogy. The third, Resurrection, will hopefully be released this Easter. The first album featured a lot of fiddle and less electric guitar. Death is more of a straight-ahead rock ‘n’ roll record, with a lot of Telecaster.

CR: I love Waterloo. Josh Karp’s dad started Waterloo Records in Austin, and I lived there for some years. We both have similar sensibilities, and we both believe that the best music in the world is in Austin. We want to cultivate that music in Boulder.

YS: What do you guys have coming up?

CR: We might be going to South by Southwest. We’ve been accepted into a showcase there, but that same weekend we’re playing at the Frozen Dead Guy Days’ Blue Ball. We want to play more festivals – we’ll probably play the Empire Muic Festival. It’s just about moving that rock up the mountain.