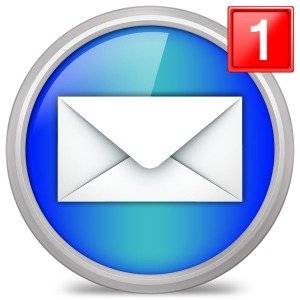 On any given morning in the Yellow Scene office, the first thing heard, besides the brewing coffee pot and jingle of dogs tags, is the rapid clicking of the delete key as the editors cipher through the copious amounts of spam email. Some make us laugh out loud and some are just painful to read. We thought we should share some of the better ones.

This email pops up at least twice a week in our inbox. And for the longest time it was among the others that were barely skimmed over and thrown into the trash. But the recurrence and shock value of the subject line prompted us to dig a little deeper, which made us even more intrigued.

“Smoking four packs a day is almost certain to lead to an early death….but according to the latest research, a certain type of milk could be even worse.”

So we followed the link, and found out that it was so secretive even the website didn’t tell us what kind of milk is worse than smoking four packs of chemical filled little sticks. So secretive that Fox News has already been forced to censor the coverage. That was too much for us to carry on the research.

One of the perks of being an editor is the sheer amount of free stuff we get sent to our office as well as the number of promotional emails for new products. G-loves stood out for all the right reasons.

These gloves are the wet dream for every 1980s fashionista. Branded as pop culture inspired work out gloves worn by Jessica Alba and Kristen Chenoweth, these gloves look as if they strutted off of the “Love is a Battlefield” music video. And quite honestly, who wouldn’t want them? We almost ordered some ourselves.

I wait for another hour

At first, we thought it was a ransom email. There was a sudden urgency to loot the room and pawn off what we could, but we were getting ahead of ourselves. It was just a simple marriage proposal, and we’re used to those (just take a look at our staff).

But, Lesya is just a beautiful, kind, tender and intelligent woman looking for Mr. Right.

“Are you the one who is generous and responsible? I hope my other half is sensible and has a sense of family responsibility. I believe that God will give us a chance to meet each other forever. I am here, where are you, my Mr.right? Goodbye.”

She even sent her social security number so we know she means business. Sorry Lesya, but one editor is happily married and the other is gay.

TRUalert- Our new client in Europe is…

We get a lot of emails sent to us in different languages. Most of the time we skim past them, much like the “milk worse than smoking?” emails, but we were intrigued by what these people had to say.

So we roughly translated it with Google translate. The translation was beyond rough, but reading between the lines we discovered that it was just an ad for sex toys, real dolls and self pleasure tips. Thanks for the tips, Japan.