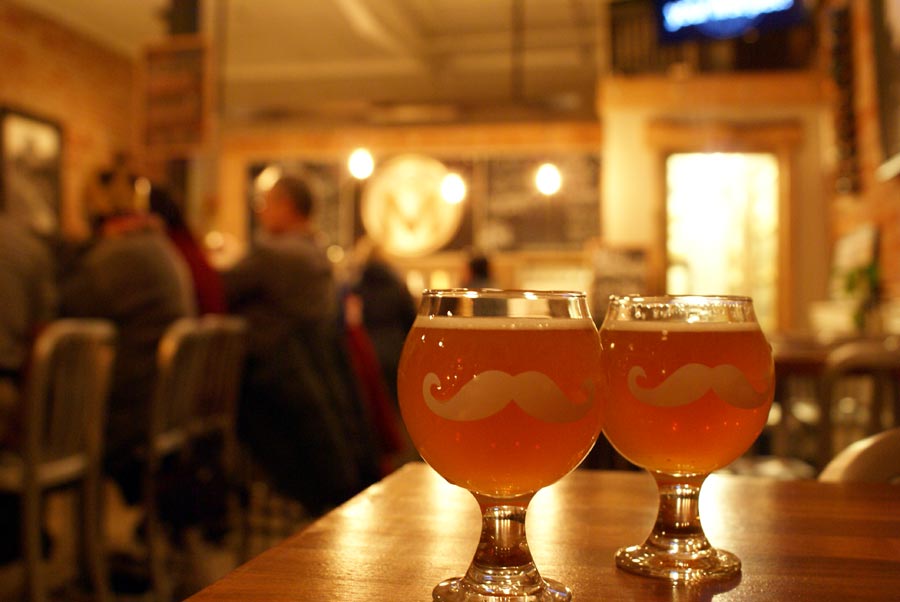 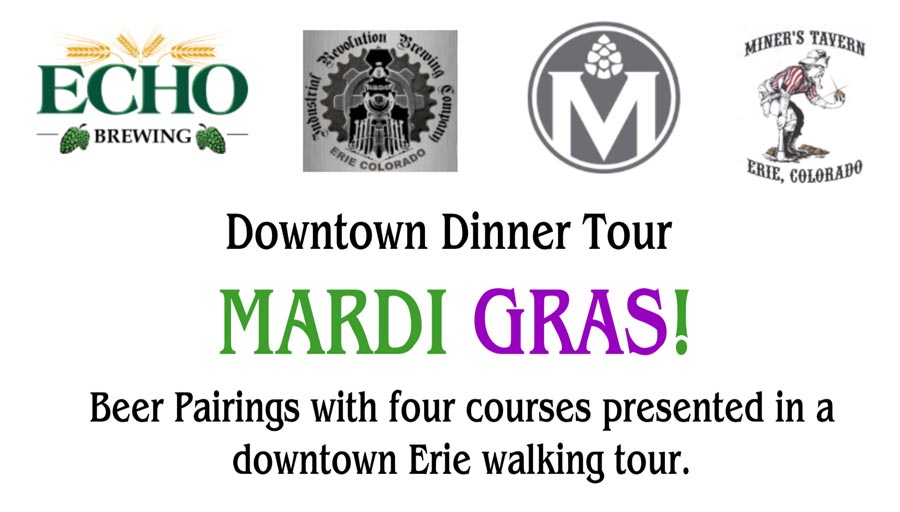 Successful business is about building relationships; even direct competitors can benefit from pooling resources, sharing customers, and opening up their business to a wider audience. When the managers and proprietors of several local Erie hangouts convened to discuss the idea of their shared Mardi Gras pub-crawl event they were excited to buddy up and offer the community an opportunity to enjoy the fare offered up and down the historic business district.S

The premise was simple enough: four stops at four different businesses, with each location offering a single course with beer/cider pairings and all dishes themed to New Orleans style. Starting the previous week barkeeps, wait staff, and managers began mentioning the idea to patrons and selling tickets for $45. Seating was limited, and the 24 tickets sold out quickly. 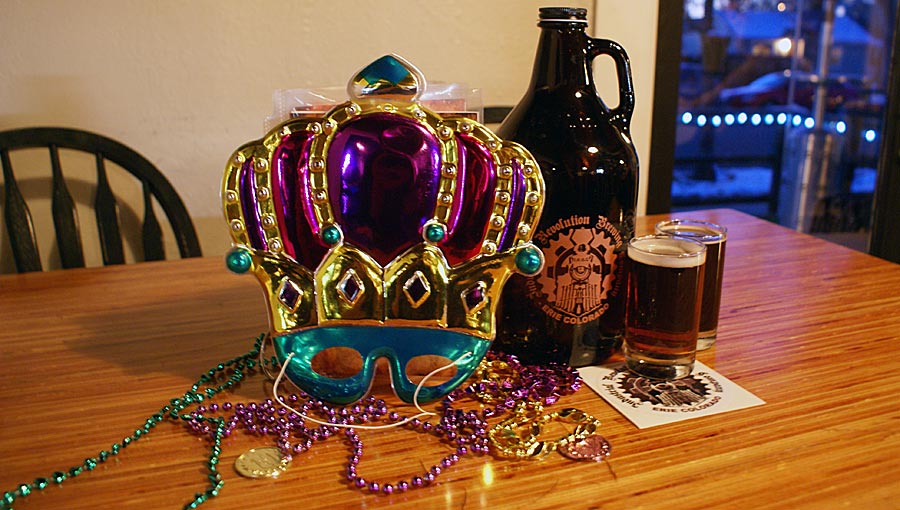 All attendees met at The Industrial Revolution Brewing Company, a family-owned and operated pair of small-batch master-brewers, which has been operating in Erie since 2013. IRBC’s owner, Tim Suttman, served the appetizer course of crab cakes to kick off the night while guests mingled and filtered in. Of the eight beers offered on tap, tour members were allowed two five-ounce sampler pours of any IRBC currently on draft.

Both the sampled IPA and Vanilla Porter were superb and offered a stark contrast in flavor profile. While neither beer particularly screamed “CRAB CAKES!” they certainly didn’t dissuade from the room gobbling down the delicious treats, which were complimented by a very light lemon-infused crème spread as topping. IRBC offers a few baked treats on the bar menu, but the low capacity in the kitchen meant that Suttman needed to improvise a bit with the food and presentation, which went over without a hitch. As patrons finished the first course, group members left in staggered increments to head on towards stop number two.

Next Stop:
Miner’s Tavern, “All Aboard!” 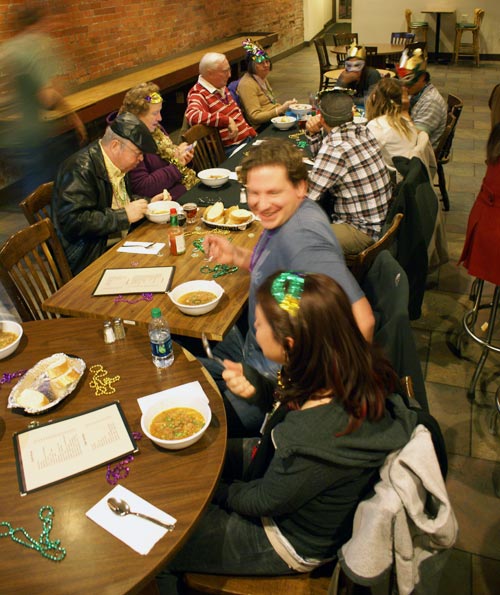 Lee Carter from Miner’s Tavern dazzled crawlers at the second stop with his two-day gumbo, a traditional Cajun dish featuring a base of rice and pulled pork accented with a plethora of spices and some additional pork sausage. The full tap list was available to guests that features many of the top local brews from not only brewers in Erie, like IRBC, but other area favorites from Colorado-based breweries across the state.

Miner’s has been an institution in Erie since 1926, during which time it has seen many structural additions. It was at this stop that the group certainly had space to spread out across the community seating set aside in the lower dining room for the private party. In the kitchen Carter is not a slouch. Miner’s is a local lunch and dinner favorite in town and his gumbo was no exception offering a sharp, clean and refreshing second course alongside either two 5-ounce pours again or a single 10-ounce.

Echo Brewing was on-tap for the next stop along the tour, where visitors were offered a one-of-a-kind brick-fired pizza topped with spicy pork sausage, roasted red pepper, onions, herbs and black pepper, and a healthy dose of Echo’s Hot Pepper Oil – a truly Cajun-styled pizza which is not available on the normal menu. Echo is Erie’s newcomer on the scene offering 18 total taps, many of which are brought in from their main facility in Frederick fresh off the production floor. Echo even plans to be brewing micro-batches on site in Erie by the end of the month, as well as starting the construction of a beer garden in the property’s second lot for the warm season. 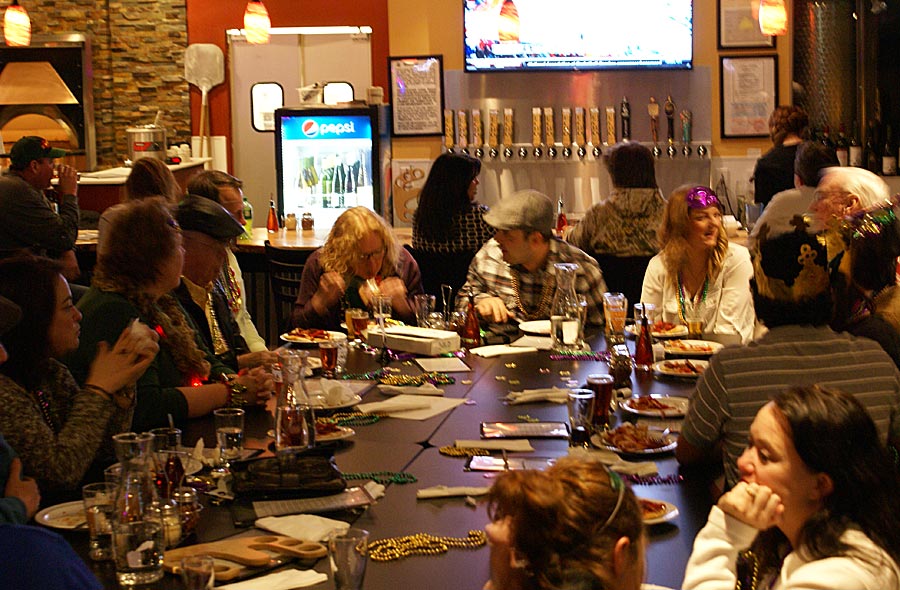 The same two five-ounce or one 10-ounce pairing followed again to Echo, where two tastes simply isn’t enough when confronted with a list of 18 active taps. Community seating awaited guests yet again, and as the 45 minutes to an hour progressed groups slowly began heading towards the final stop on the tour.

Finishing up the night at The Old Mine

Dessert consisted of a delightful bread pudding featuring caramelized apple, bourbon-soaked raisins, and delicious challah bread served alongside either signature hard cider or any on-tap beer courtesy of The Old Mine Cidery. Cider is a wonderful thing, it’s juice for grown-ups and when paired with dessert (for the five minutes it’s on your plate) it was certainly the best pairing of the evening. Both sampled small-batch ciders, the Handlebar and Tequila Sidra (Over 13% ABV) were fantastic. Recently the hours of operation for this somewhat newly-established business have changed, as they are now offering lunch 6 days a week and closing well into the evening which means there is yet another fantastic dining and drink option located in the heart of Erie’s historic downtown strip. 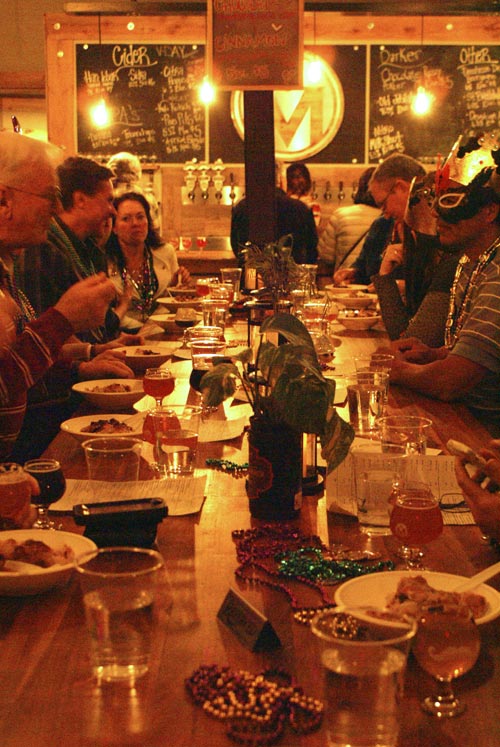 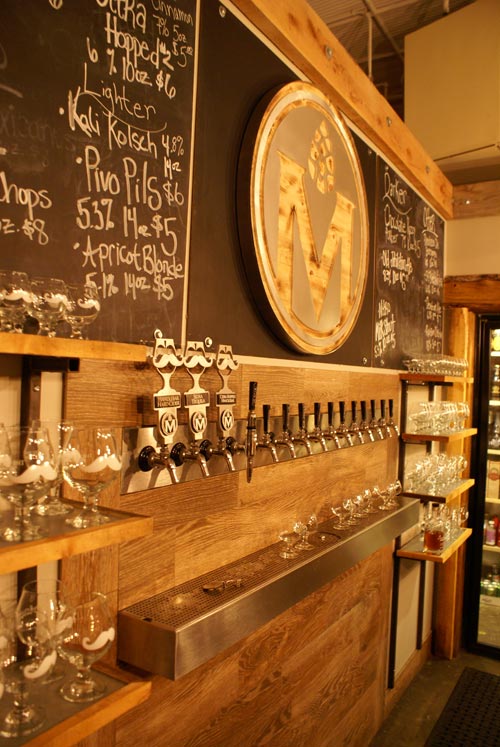 “Many guests had not experienced The Old Mine before so I was able to welcome some new guests to our establishment.”

Kevin Rodriguez
The Old Mine

One of the most amazing aspects of this venture wasn’t just the coming together of four businesses, which by all accounts should be fierce competitors – it was actually the people who opted into the event. The community seating saw groups ranging from one to three people mix-and-match seating arrangements stop after stop, swapping stories about their Erie experiences and favorite local businesses. While the rest of Colorado was getting ready to host the non-stop party that is Mardi Gras, Erie classed it up by offering an exclusive, distinctive event focusing on the customer base which might not want to truck all the way out to Denver to catch a little glimpse at night life.

Already the group behind Erie’s Mardi Gras Downtown Dinner Tour is talking about the next event slated for May in celebration of Cinqo de Mayo, with mention of two staggered seatings to accommodate even more patrons who were left out when tickets simply couldn’t be found after selling out the first time around – not to mention featuring additional businesses to continue to showcase Erie’s vibrant business community. The first event was a hit, and if the comments drifting off the community tables was any indication, whether it’s 24 seats or 50 seats you can bet that tickets will be hard to come by the next time around.