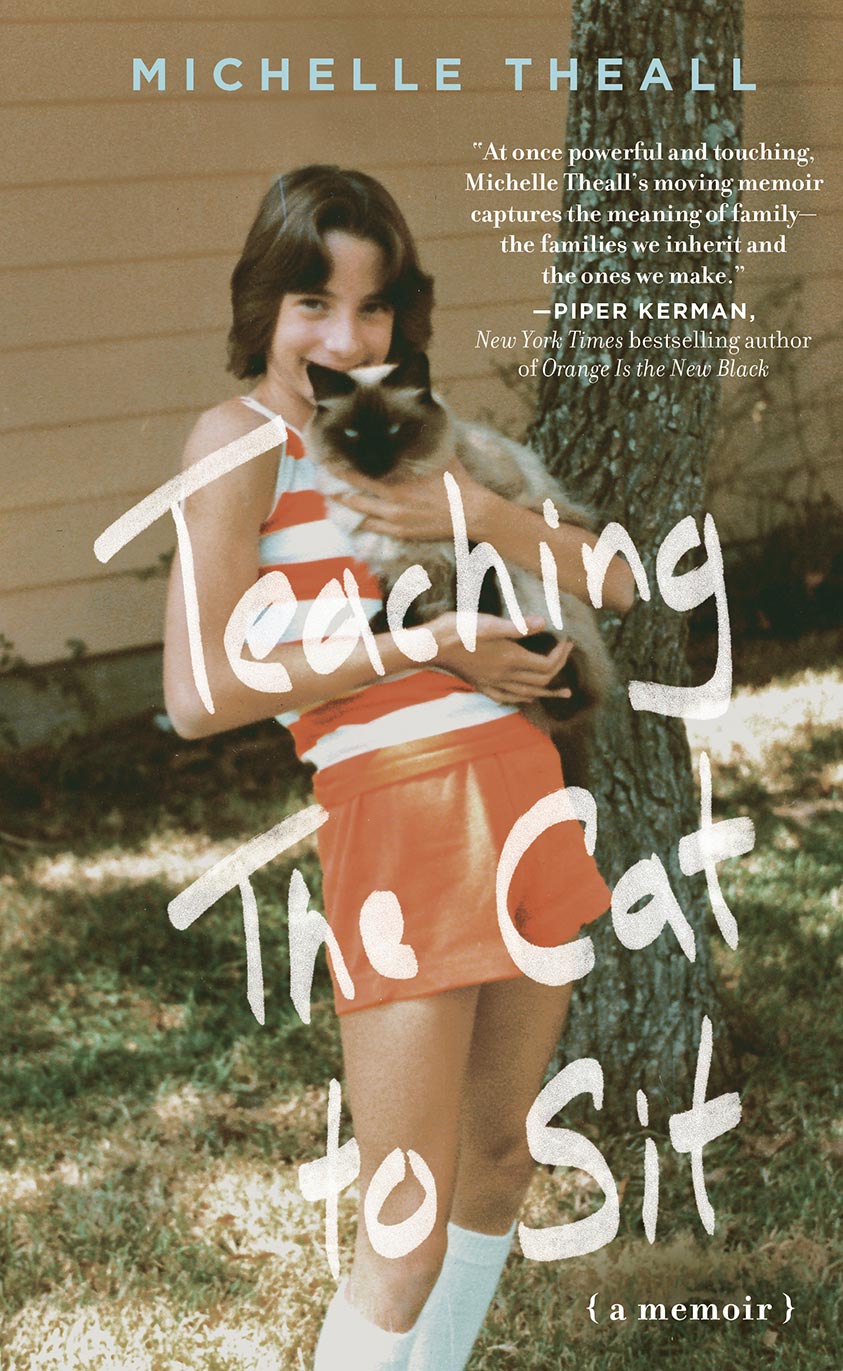 Local author finds self in memoir

Michelle Theall is no stranger to opening up. She has written three books all focusing on very intimate parts of her life whether it be dealing with multiple sclerosis or family turmoil. In her memoir Teaching the Cat to Sit, Theall dives into her past and coming to terms with being gay while battling family and religious beliefs. We chatted with Theall about the book before she talks with Boulder’s PFLAG on Sunday at the First United Methodist Church. M

Yellow Scene: Why a memoir?

Michelle Theall: You know it’s interesting because I’m not a gay advocate. The gayest thing I’ve ever done with my partner is watch Ellen. We’ve never marched in a gay pride parade, and we just live our lives because that is how Boulder is. Boulder is so open that you didn’t have to think about it twice even. So we made the decision to enroll our son in Sacred Heart of Jesus in downtown Boulder, and planned to have him baptized there. But the church didn’t want it to happen, and it became this huge thing and he ended up telling us that he was going to expel students who had gay parents. So we pulled him out, and that’s when I really sat down and thought about myself. I thought about the self-deprecation and realized that other people go through this same thing. It also came from wanting to please my mom, wanting her to accept me. I thought if I got the church’s approval I would get hers too. And as I wrote I realized that I was using my son as a pawn, and through that I learned to accept myself. It was just a journey for myself that I ended up sharing with the world.

YS: You had to dig through a lot of your life struggles, how was that?

MT: It was really hard, but it was the best therapy I’ve ever had honestly. I grew and I learned things I didn’t think I would ever learn, and that is incredibly powerful. The hardest part was dealing with my family, they did not want me to write this book. The whole point of writing it was confronting their shame and their embarrassment. I had to be proud enough about it and not care what they were going to think. My mom still hasn’t read it, and she won’t. But we are still on speaking terms. I was just done feeling bad about myself, and ashamed because I wasn’t living up to what they expected.

YS: What is some of the reception you’ve received since releasing the book a year ago?

MT: It’s been incredibly positive. When it first came out I was getting several letters a day, and emails from people who took the time to search out my email address. They came from an interesting combination of believers and non-believers, Catholics and non-Catholics, and even people who weren’t happy with the direction the Catholic church was taking on divorce, birth control and gay rights. I’ve gotten letters from parents and kids, and sometimes a combination of both. If the kids are gay and want their parents to have a better understanding of what it’s like to try to come out, and how isolating that can feel. The parents wanted to share this with their kid to let them know that they understood, and they were changing and evolving. There were some good parent and kid discussions that stemmed from this book. I mean we all know someone who is gay, and this is an evolving and really timely discussion that this country is having. Look at the Pope even his views have evolved. He is setting an example of not judging and that is so important. I get a lot of people who say their eyes were opened after reading the book. There are these monumental life moments, like whom you fall in love with, your first kiss, and who you decide to spend of your life with. These shouldn’t be moments that you hide in shame. These are things that should be celebrated, and celebrated with the people we love. If I’m reaching at least one of those families then the book is worth it.

YS: What is your stance on Catholicism now?

MT: I am not Catholic. Saying that still feels like a bolt of lightning is going to strike me at any moment. It’s part of that once Catholic always Catholic thing, like a gang tattoo. I love the new Pope. I think he is going to lean towards bringing people together and being welcome to the gay community. I think he’ll do a good job, but I don’t think I’ll ever be Catholic again. There is still abuse in the church. We found a church we go to and love. It honestly doesn’t matter the building, I know what I believe.

YS: You moved to Boulder from Texas, what has kept you here?

MT: I found home, I absolutely found home. Texas never felt like home for me, I never felt like I belonged. My family is still there and I go and visit, but I was born in the wrong place. And Boulder is just awesome.

YS: Is there anything else you want our readers to know?

MT: If you are gay, or know someone who is gay, or have a child who is gay take the time to read the book. It may give you an insight to how to deal with each other, or what they are going through.