On April 14, a Boulder transient assaulted a transgendered man at the 1600 block of 28th Street. The victim was waiting at the bus stop when he saw Paul Wettengel shoving another man, and decided to step in. Wettengel, 45, then turned his attention to the victim. According to the affidavit, the assaulter started pushing the victim and trying to punch him. O

Wettengel reportedly put his hands around the victim’s throat and repeatedly grabbed and groped his breasts, stomach and waist while spouting derogatory names at the victim all focused on being transgendered, according to police. 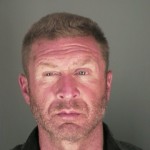 It wasn’t until a bus arrived that the victim was able to get away and call the police. The police responded and arrested Wettengel, as he continued to make derogatory remarks towards the victim. A bottle of vodka was found on the assaulter, according to the affidavit.

Wettengel is facing bias-motivated assault and is currently held at the Boulder County Jail with a $1,000 bond.

Earlier this year, advocate.com named Boulder one of the best cities to live in for LGBT people. Of course, the action of one man doesn’t define a community, but it shows that bigotry and ignorance can be found anywhere. Even in our own backyard.

In 2015, nine trans people have been murdered in the U.S. And that’s not even taking into account the unreported cases. That an average of two a month, with a worldwide average of one trans person killed every two days.

This is a problem. A problem that we cannot ignore.

Boulder’s LGBT organization, Out Boulder, posted on their Facebook a status calling the community to arms yesterday to draw attention to the incident, and to try and motivate people to keep it from happening again.

“We stand in solidarity with this survivor of violence and call upon you as our friends and allies to support trans people in your life and educate yourself, your family, and your friends about how to better support the trans community,” Sara Connell posted on the page.

The problem is not going to dissipate overnight, but will improve over time with each new person who educates themselves on tans issues.

Take the time to learn about the people who live in our community. Embrace them with open arms, not closed fists.