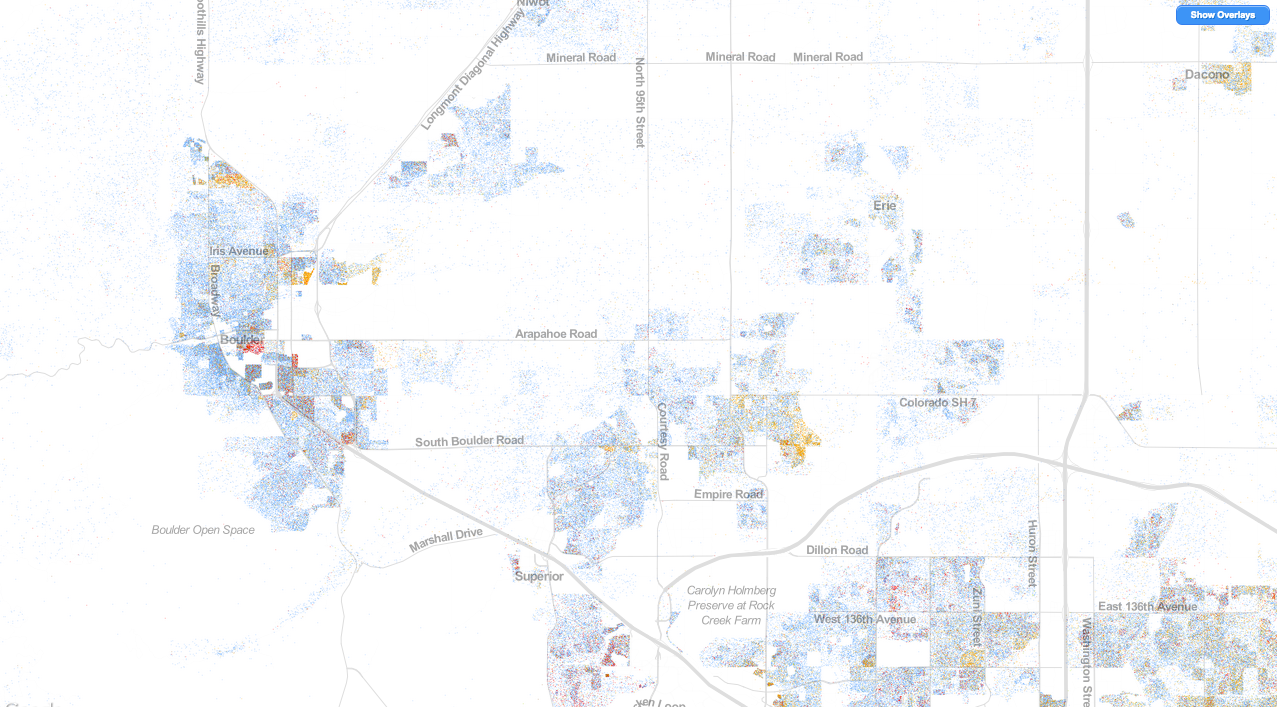 The Cooper Center just released a map based on the 2010 Census Block Data that shows how densely populated the entire United States is alongside where geographically people are or are not living. But what really makes the map stand out is that the dots are color-coded to represent racial diversity. T

The map displays 308,745,538 dots all pulled from the 2010 census. By using the block data, the cooper center was able to pinpoint almost exactly where people were living in 2010. (Block data breaks down the results into the equivalent of one city block.)

Each dot on the map is also color-coded by race and ethnicity. Whites are coded as blue; African-Americans, green; Asians, red; Hispanics, orange; and all other racial categories are coded as brown.

We could bore you with a detailed explanation of how the map was made, and how the information was creatively put together, but you can also check it out here.

What you should know is that, Boulder County is white. Very white. There are a few neighborhoods that are a bit racially diverse, mostly Latino and Asian.

If anything it’s a fun break from your work day to check out the diversity, or lack of.