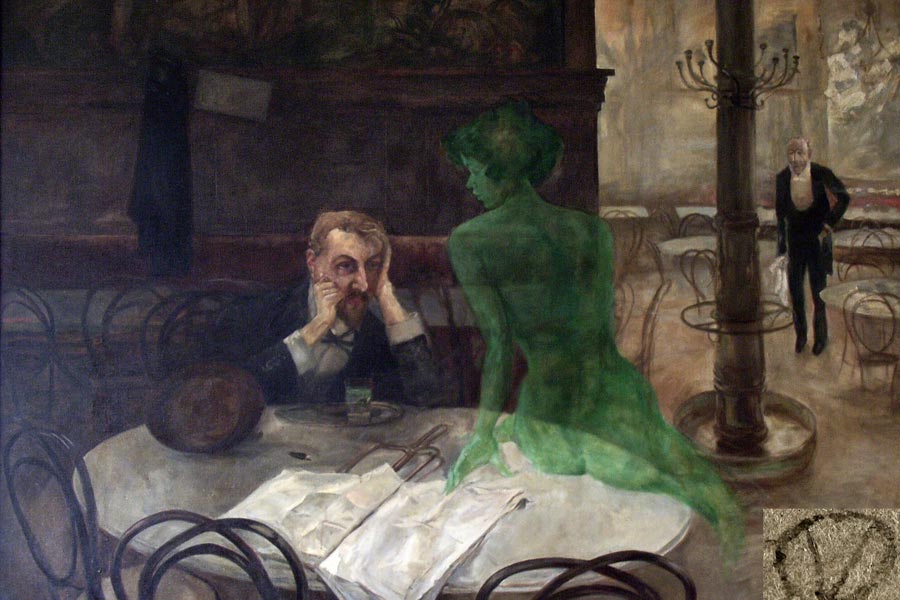 Good drugs the ones that heighten your consciousness, sharpen your senses and take you for the ride of your life – all seem to require a certain amount of preparation.G

Whether you’re grinding, rolling, pouring or burning, a substantial part of the fun of getting high is in the process. And there is no more satisfying process for copping a buzz than that of the preparation and serving of absinthe.

For nearly 100 years, absinthe was banned in much of Europe, Australia and the United States and only relatively recently – over the past eight to 10 years – has this mythological liquor shuffled off its ill-gotten bad rap and seen its production and international trade resuscitated.

The greenish colored, bitter, highly aromatic spirit historically packs a punch of 50 to 70 ABV (100 to 140 proof) or more. And while there is no single recipe or process for making absinthe – except as defined by the Swiss – it typically contains a combination of herbs, most notably green anise, fennel, hyssop, melissa and, famously, wormwood.

It got its bad boy reputation in the latter 19th and early 20th centuries because it was purported to be hallucinogenic (a property thought to come from the thujone in the wormwood) and was a favorite drink of gonzo artists and literary types like Hemmingway, Joyce, Picasso, van Gogh, Wilde and Verlaine.

The psychoactive properties of thujone in particular and absinthe in general have been widely disproven following several studies of the chemicals and the combinations found in the spirit, although aficionados swear they get a buzz. But seriously, if absinthe had anything close to the psychoactive effects of say ‘shrooms or LSD, do you seriously think it would have been re-legalized? Of course not.

So what’s the big deal?

Its preparation, that’s what. No other alcoholic beverage comes with so much hardware and prep time as absinthe. While a 750ml bottle of Leopold Bros. Absinthe Verte will set you back about $70, you can easily burn through three or four times that buying the gear used to properly consume the stuff.

First off, you need a proper absinthe glass. This is usually a 6-8 ounce glass with a thick stem and wide base. Next you need a slotted “spoon” that is set over the top of the glass and upon which is placed a sugar cube. And then a chalice or fountain that holds about a quart of ice water is needed. The chilled water is dispensed from small spigots protruding from the sides and dripped over the sugar cube. This process does two things; it dissolves the sugar, thereby blunting the viciously bitter taste of the absinthe, and it causes the herbal components to come out of solution and turn the clear green spirit cloudy.

Yes, absinthe puts on quite a show. But what to do if you haven’t gone off the deep end and just want to give it the old novice try?

The good Francophiles at the Cheese Importers on Main Street at 3rd Avenue in Longmont have you covered. There you can belly up to the bar (yes, they now have a full liquor license) and get treated to the Full Monte: glass, spoon, sugar cube and drizzle of ice water.

Even better, they offer absinthe tastings, guided by mixologist Tyler dePerrot, in which you get to sample a handful of foreign and domestic absinthes while getting to hear all manner of history and trivia about “la fée verte.” And the tastings come with all the fun hardware, too. For the next date and time of their Absinthe Workshop give them a call, 303-772-9599.