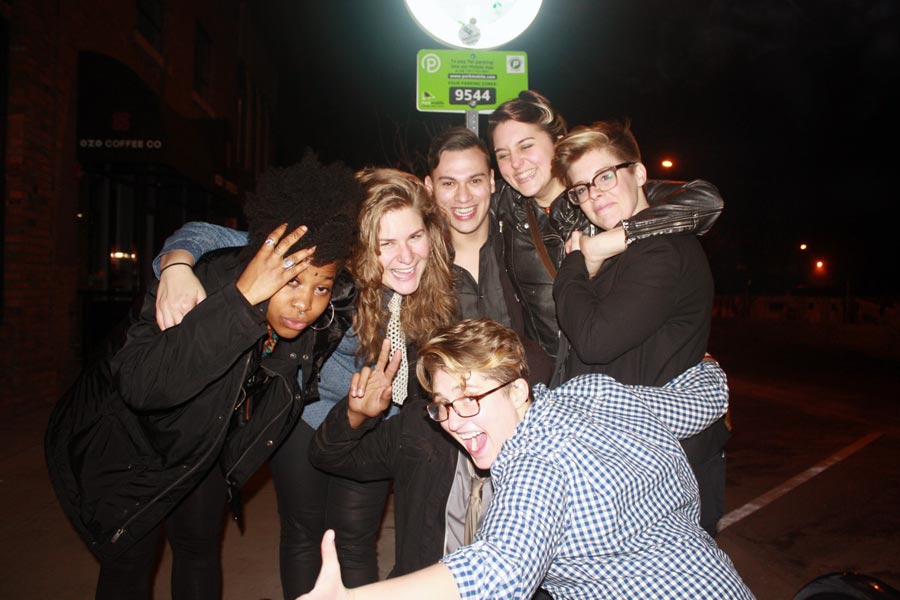 Six years ago, a CU student started a guerrilla gay bar, where local members of the LGBT community would take over a bar in Boulder and have a place of acceptance for the night. Since then, the organization Prop Gay has been passed around from organizer to organizer constantly evolving with each transition. Blair Stapp is now one of the organizers and has a lot to say about the organization.S

Yellow Scene: Tell us a little bit about Prop Gay.

Blair Stapp: Prop Gay is something that happens once a month in Boulder, and basically it is a pop up gay bar at a random bar in Boulder. Usually it is centered on Pearl Street because it’s the most central location, but it could really be anywhere in Boulder. When it started in 2009 it would be announced on the Facebook page that we were going to a certain bar but we wouldn’t notify the bar itself. We have evolved since then. We have established some relationships with venues in town, so we can arrange beforehand that we are coming. Sometimes they offer drink specials, sometimes they don’t. The goal right now is to make it as accessible to the community as possible.

YS: What sparked the change to let bars know that you’re doing a little take over?

BS: I’ve only been organizing it since the end of last year, but I know when it started out it was truly guerrilla style. A CU student named Matt started it and it was just a way for the queer community to meet up at one spot once a month. At that point, it was pretty small and there wasn’t really a need to organize with the bar itself, but it’s been going for so long and we’ve established solid relationships with some bars in town. There are several that work better than others, for instance there are some bars that have DJs already spinning. It’s becoming more and more organized as we establish more relationships in town, and occasionally we will get set up with a drink special. It’s a win-win scenario. And it’s never like we get turned away, but there are some bars that are more willing to work with us than others.

YS: Have you guys had any problems with the bars?

BS: The only reason the bar would ever say no is if they already have an event planned for that night. We’ve had some scenarios at bars where the crowd itself isn’t as welcoming. But I’ve never had a scenario where someone was like ‘oh you’re gay. You can’t have a function here.’ The venues themselves are pretty open.

YS: What are some of the problems you have had with customers?

BS: It’s often just a random person there who likes to speak up. I remember a couple years ago at the Sundowner Saloon there were some guys that were hassling and name calling and really just putting people down. But I think when the crowd is younger, and more college oriented you have some folks that are ignorant and can hassle people. It’s hard to predict, but it is usually the younger, frat crowd. 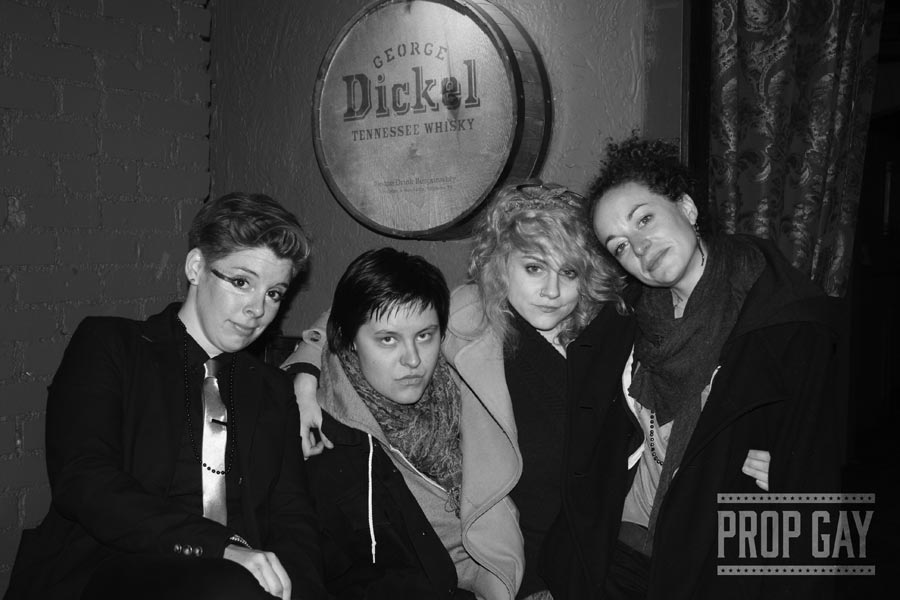 YS: What was the reasoning behind starting Prop Gay?

BS: It all started when the only gay bar in Boulder, the Yard of Yale it was called, closed. There hadn’t been another one to open up so Matt decided to establish something consistent where the LGBT community can have a place to meet up and hang out just once a month. There was that need of having a gay bar but no one was in the position to open one up. So why not just meet at other places. It was just a way to get people together because there wasn’t, and isn’t, a gay bar in town.

YS: How did you get involved?

BS: I have been going to Prop Gay for about three years, but I noticed last year that it was becoming less consistent and less organized. So I reached out to the organizer at the time and he was ready to call it quits. At the end of last year we set up a committee to take over. We meet a couple times a month and organize it. It was revived, and it’s going strong now.

YS: Why take over?

BS: I have been involved with Out Boulder and helped plan the last couple of prides as well as some fundraising parties, so I really have a growing interest in organizing LGBT functions. I love creating safe spaces and fostering the community, so when the opportunity rose to revamp Prop Gay I took it. I really love Boulder, but I see the need to bring the queer community together in a very consistent way. Even if it is very low key, I think it is super necessary. 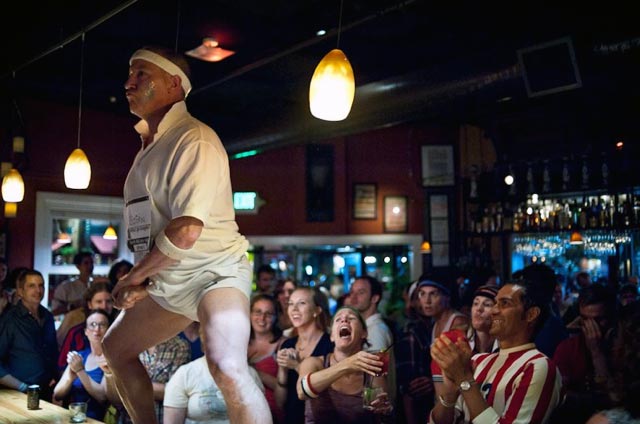 BS: I would say Boulder is an interesting place to be queer, because there are a ton of queers here, and the community as a whole is super accepting. There’s a common argument that Boulder doesn’t need a gay bar because Boulder is welcoming everywhere. But at the same time, I wonder why can’t a gay bar stay open? I’m from Alabama and there’s a gay bar in a town that is a similar size in Boulder and it’s still doing fine. That’s in Alabama. I feel like there is a need and want for a Boulder gay bar, and for now Prop Gay is meeting that need, but we eventually we need more than that. Also, walking down the street holding my girlfriends hand, people will smile at us and give us an approving nod. Everyone is progressive and accepting of the queers, so we just smile back.

YS: What does the future have in store for Prop Gay?

BS: The future would be to establish really solid connections with a handful of bars where we could rely on them to work with us pretty consistently. As well as having some sort of fundraising component where we could donate to local non-profits. That would be a beautiful thing.