Netflix Review: Welcome to Me 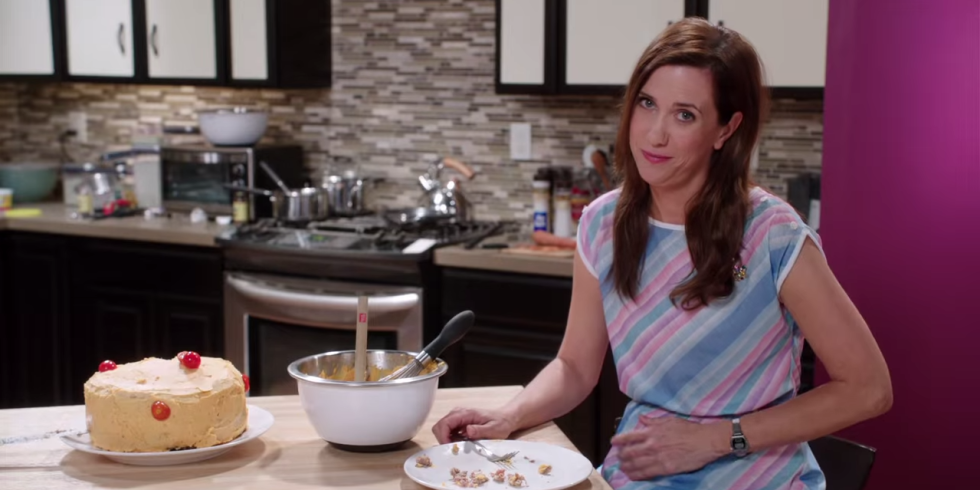 A master collection of swan memorabilia. An obsession with Oprah Winfrey. A winning lottery ticket. Kristen Wiig, James Mardsen, Linda Cardellini, Joan Cusack and Wes Bently. What more would anyone want from an indie comedy centered on a woman with borderline personality disorder? The answer: not much. Welcome to Me, now streaming on Netflix, does a superb job of mixing hilarity with unrest, while throwing in a tinge of pathos. It was hard to watch and hard to turn away from. A

Wiig plays Alice Krieg, a summer baby born in 1971 in Simi Valley, California, who has been using masturbation as a sedative since 1991. She also adores swans, holds grudges, practices a color code emotional philosophy, has borderline personality disorder and just won the $86 million lottery. That gives her the freedom to change her life around. “As a new member of the rich and famous, I simply don’t have time for the pain,” she says, reading off a prepared statement, as she attempts to bid good-bye to her state-mandated shrink. This isn’t unlike Alice, as she often prepares statements, and almost always talks in a monotone, disconnected voice when having everyday conversations. It’s not unlike the characters Wiig portrayed during her time on SNL, but in the film there is an underlying emotion that shines through: pain.

With her newfound riches, Alice decides to do “something big” with her life. Modeling herself after her hero, Oprah, Wiig approaches a local television studio and offers them money to have her own show that focuses on her life, and the people in it. There isn’t a theme for the show, nor does she know exactly what she wants to do, besides entering on a swan boat, and it needs to be two hours long. The two brothers (Marsden and Bentley) accept the outlandish offer as a way to get money for their studio. There is resistance from the other employees, especially the producer (Cusack). From the moment she steps on set, the audience becomes captivated, as do we.

Welcome to Me dives deep into the mind of this eccentric, troubled woman. And how her “big” change affects everyone around her. It’s also riddled with outlandish circumstances that would never be allowed in the real world. (I mean, who would let a woman castrate dogs on live television after yelling at woman about stealing her makeup at summer camp?) But we suspend our disbelief, because the film is funny.