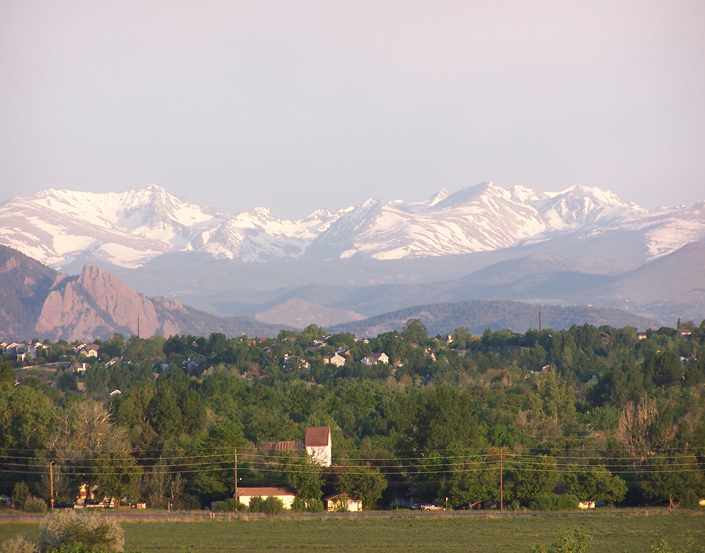 We all know how great it is to live in Boulder County, but sometimes a little recognition is exactly what we need to remind us just how great our little community is. When Money magazine recognized two different communities in Boulder County as the best U.S. small towns to live in, we weren’t surprised. W

Coming in at number 13, Erie is finally getting the recognition it deserves. With a population barely surpassing 20,000, our little residential neighborhood is praised for the average household income, $102,490, and the 14.4 percent in job growth.

The magazine wrote, “Erie is sitting pretty—30 minutes from Denver and the international airport and just 15 minutes east of Boulder, it’s in a perfect spot for workers wanting an easy commute to major employers like the University of Colorado and IBM. With the Rocky Mountains within view, it’s a short drive to world-class hiking and skiing. While the former coal mining town is still small, it has some big numbers: 56% of residents have college degrees, and the median household income is upwards of $100,000.”

It’s not wrong, but it’s not what makes Erie a great place to live. Even though the number of homes popping up greatly outweighs the amount of retail powerhouses making their way into the former coal-mining town, we don’t mind. The sense of community, respect and compassion for our ever-growing neighbors is apparent, when walking trough the neighborhoods or cooling off at the local ice cream shop, Sweets. The quaint downtown is booming, with new restaurants popping up and foot traffic escalating. It’s not about the numbers, Money magazine; it’s about the people.

Erie wasn’t the only BoCo community highlighted on the list. Louisville broke the top five, receiving the number four spot. And again, we aren’t surprised. Louisville is similar to Erie in size with a population of 20,075, and a job growth of 10.1 percent.

The magazine noted, “Smack in the middle of the job-rich corridor between Denver and Boulder, Louisville has great weather, good schools, and the Rockies right out the back door. But its popularity comes at a price: A nice three-bedroom home sells for $500,000—if you can find one.

“Louisville is tackling its growth challenges head-on, with improvements designed to accommodate an increasing population while preserving the open spaces that people love. Those include steps to ease traffic carrying workers to the tech companies along Highway 36, the main ¬Boulder–Denver route, and adding more commuter buses to the two big cities. (There are employers in town too, including Sierra Nevada’s Space Systems unit and bike accessory maker Pearl -Izumi’s U.S. headquarters.)”

Again, they aren’t wrong. And moving to either one of these places based on income, job growth and retail prevalence is a terrible idea. Luckily, bot of these towns have an ever-growing music, art and dining scene. They deserve the recognition.