Pagans in Denver: An Interview with Metric’s Jimmy Shaw 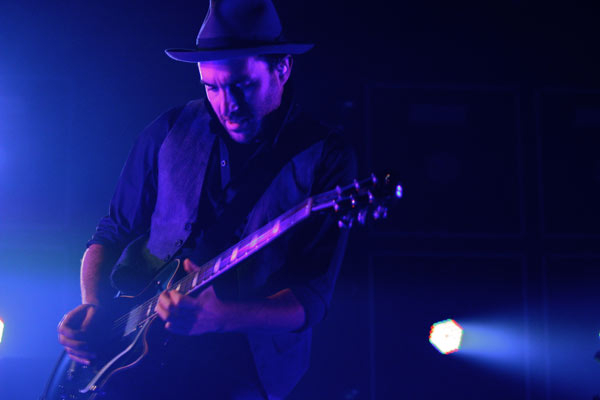 Indie-rock quartet Metric has a couple significant accolades under their nearly 20-year-old belt, including a 2006 Polaris Music Award for Canadian Album of the Year and the 2006 Juno Award for Best Alternative Album — both for their sophomore release Live It Out. Touring in support of their sixth outing, Pagans in Vegas, guitarist and producer Jimmy Shaw took time to talk about life on the road, hanging with their fans and being true to their sound.

Jimmy Shaw: Yeah, pretty much. That’s how it always is on tour. Play a show, 1 a.m. departure, pass out, wake up somewhere else, play another show.

YS: But at least you guys get a break in Utah, right?

JS: Yeah, I mean, that’s how it’s always scheduled, that we have a couple days here and there. But, you know, when we’re on tour, taking breaks isn’t something we even really think about. It’s about playing our music, being with our fans, just appreciating that this is what we get to do. Taking breaks, you know, you’ve got the rest of your life for that.

YS: You guys are touring with Joywave. How’d you hook up with them?

JS: Well, our manager gave us a list of possibilities, and I thought they’d be a really good fit for us. That collaboration they did with Big Data (“Dangerous,” 2.0, Warner Bros.) was really good, and that kind of synth-rock sound works with ours I think. We haven’t met them before, though. That’s the thing about touring — you show up, day one, get together with a bunch of people you’ve never met before, and hope it goes okay.

YS: So, I saw the title of the new album — Pagans in Vegas — and immediately thought of the lyrics of “Rock Me Now,” which is set in Las Vegas. What does Vegas symbolize for you guys?

JS: Well, I think where (lead singer) Emily’s head was at with that was, we as Metric, and everyone in the world, we all have to perform to get by, and at the same time, we’re dazzled by the way everyone else is performing, because at the core of all of us there’s this innocence — that’s where the “Pagans” comes in, and there’s this tension. That’s how we feel anyways.

YS: It isn’t just “Rock Me Now,” this whole album reminds me of Grow Up and Blow Away, (2007, Last Gang Records) Metric’s first recorded album, which features “Rock Me Now.” How do you think this album fits into your sound?

JS: Yes! When we were making this record, that same thought hit me! We’ve come back to Grow Up and Blow Away. Just me and Emily in a bedroom, although, this time the bedroom is a giant studio, but that same feeling of just me and her making music, not thinking about anything other than what we want it to sound like. It’s freeing to not worry about ‘how do we make that sound with an instrument.’

YS: So, in your press release it says you have music recorded for another album, and it promises to be “the opposite” of Pagans. Is that going to remind me of Live it Out (2005, Last Gang Records)?

JS: You know, I remember where our heads were at when we wrote that press release, but, in true Metric fashion, we’ve changed our intentions with respect to that material. At the time, we envisioned it as a companion piece for Pagans, splitting the totality of our sound in half, but now we think of it more as a skeleton we can build on to create something that’s completely Metric.