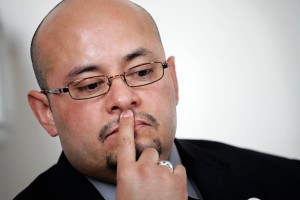 Longmont resident Jeffrey Barker was pronounced dead at the scene of a two-vehicle collision around County Line Road and Weld County Road 3 the morning of Jan. 13. The Erie Police Department closed nearby roads for four-and-a-half hours while the accident and debris from Barker’s red Ford Escort were cleared from traffic.

According to Erie Police Commander Kim Stewart, speaking with Times-Call, initial investigations suggested Barker was hit by a semitrailer after crossing into eastbound traffic. The driver of the semitrailer was unable to avoid Barker’s oncoming car.

Like much of Boulder County’s road network, County Line Road and Weld County Road 3 are characteristically rural roads. Such conditions have documentedly played a role in Boulder County’s most accident-prone intersections, a crucial issue given the ever-growing outlying areas.

Since 2007, the 95th Street Intersections Project has coordinated Boulder County Transportation and public efforts to improve intersections with high frequencies of traffic collisions. According to the project’s website, 136 reported accidents over the past 10 years have resulted in property damage, as well as 18 incidences of personal injury. In particular, 95th and Valmont and 95th and Isabelle have some of the highest accident frequencies out of the whole Boulder County road system.

Much like the intersection at County Line Road and Weld County Road 3, these are somewhat dated, rural roads, characterized by narrow shoulders, narrow lane dividers, and potentially hazardous ditches and vegetation near the roads.
Statistics from the National Highway Traffic Safety Administration indicate that rural roads feature a death rate 2.5 times higher per mile traveled compared to urban highways.

“That’s simply because of the nature of rural highways,” Victor Mendez, administrator of the Federal Highway Administration, told NPR in 2009. “The lanes are much more narrow. You look at trees and ditches. Chances are they’re closer to the roadway than they would be on an interstate.”

Specifically, the 2009 NPR article, titled “The Deadliest Roads Are Rural” recounts the controversial and deadly history of Highway 6, a 120-mile stretch between Utah’s Spanish Fork and Green River. Between 1996 and 2008, there were 519 fatal and serious injury crashes along this portion of Highway 6.

“I would think that there is not anybody in the community that doesn’t know someone fairly closely that has been killed on Highway 6,” College of Eastern Utah Vice President Brad King told NPR.

In this case, the problem is that Boulder County’s historically rural areas have become increasingly populated. Boulder County’s population increased from 294,571 in 2010 to 313,333 in 2014, and Erie’s population has soared from 1,258 residents in 1990 to close to 20,000 today, boasting large swaths of new residential and commercial developments. But these growing cities still rely on Boulder and other cities in the county for recreation, work and other activities, making the rural roads connecting them a hazardous necessity.

After voters approved funding for the improvements in 2007, the 95th Street Intersections Project completed its final reviews and submittals in July 2015. The results of the project should help stem the tide of traffic accidents on rural roads.