If You Live Near the Mountains, You’re Probably Healthy

We Take a Trip onto the Plains, Where Flat ? Fit 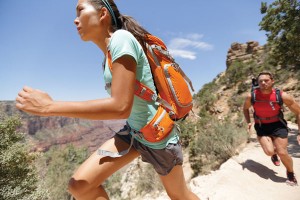 If you’re reading this, you’re probably healthy. Yellow Scene is for folks who live north of Denver, near the mountains, and data suggests a correlation between mountains and fitness. Colorado, with the highest average altitude of any state, is also the thinnest state, and our recent statewide case of the munchies hasn’t changed that. Three of the other top ten fittest states are also in the Rocky Mountain West. The mountain-fitness correlation even holds at a county level. CountyHealthRankings.org, which takes into account metrics such as life expectancy, obesity and smoking rates, shows that healthy counties roughly trace the outlines of the mountains; Pitkin, Eagle and San Miguel. Boulder is ranked as the fourth healthiest county. Boulder city itself has the lowest obesity rate of any city in the country, according to Gallup. Casual observations support the data. I mean — just look at yourself, there, reading this, you Boulder County resident! You make George Clooney and Isabella Rossellini look like the gunk scrape off of your shoes.

What about the converse? Does flatland equal unfitness? I decided to engage in further observations by taking a road trip away from the mountains, spending a day visiting restaurants and downtowns in seven different cities.

I started by looking around Boulder County. The people of Louisville, I saw, are so fit that the medical students living there don’t need textbooks showing ideal anatomy, they just use mirrors. In Longmont, I saw, they’re so healthy they look like they could donate an organ or two — even an important one, like a liver — and still be alright. In Erie, they’re so healthy they don’t have to pay the Obamacare penalty.

As I drove east, though, and things got flatter, the people grew in stature. CountyHealthRankings.org ranks Weld as the 23rd healthiest county, Adams as the 34th. Morgan, farther east, is ranked 38th. Of course there are lots of factors affecting who is fit and who is not, with income and education being two of the biggest, and so mountains might not explain very much of the un-health.

Take Fort Lupton. To get there, head 30 miles straight east from Boulder. Don’t worry about turning; there’s nothing to hit in this flatter, dryer, more treeless area that we’re really hoping lies outside of Yellow Scene’s distribution area. But just in case Fort Luptonites are reading — hi Fort Lupton! — I’d like to say some generous things about Fort Luptonites, vis-a-vis their physical fitness. First, they look like they have been doing a lot of yoga — but just the final resting posture. They look like they’re keeping their heart rates up — having clogged arteries will do that. And they look like they’re breathing deeply — although they seemed to breathe deepest with a Marlboro at their lips. But, man, what a nice town. Really clean sidewalks.

I drove farther east. Hudson, ten miles east of Fort Lupton, has an awesome store that is just nothing but meat and pamphlets for the Heimlich maneuver. And Keenesburg has an awesome burger joint whose signature burger is half ground beef and half ground bacon, and which comes with a side order of an affordable health insurance policy. Not everyone was a chubber; there were skinny, fit and healthy folks who would fit in perfectly in any Boulder drum circle or Eldorado charity and self-congratulating event. But there were more people whose last intense stretch was probably leaning down to tie their shoelaces, whose body mass index is written in scientific notation, and whose blood type probably isn’t AB or A negative but A&W. I say this with love.

I didn’t drive any farther east, because I think you fall off the edge of the earth. But I’ve read about the populations out there in Kansas and Nebraska, and their own health initiatives: I read that they eat gluten-free — because they see no point in eating the triple cheeseburger’s bun; I read that they are especially beautiful if you look at them from their “good sides,” and that it’s often only a short jog from their bad sides over to their good sides. I read that they’re always self-improving; many are learning to fly drones so they can take selfies.

Listen! These are not my observations! I read them in a governmental report, which I have temporarily misplaced. And I am only being flip (and kind of mean) to try to make a simple point: mountains = health, and plains ? health. And if you have been offended by the observations made herein, I suggest you first blame God for not making everything mountains.