Mr. Money Mustache: A Champion of Austerity, Crusader of Excuses 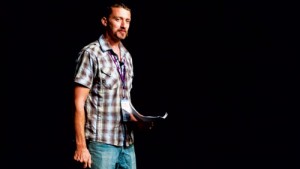 Right before his 31st birthday, Peter Adeney bought himself a gift: retirement. Or rather, saved himself that gift, saved himself from taxing decades of crammed cubicles, of answering to higher-ups, of loose control of his own destiny. Adeney is enjoying his second act under a more alliterate moniker: Mr. Money Mustache. (“This name just came out of a Marijuana-enhanced brainstorming session with friends,” he said). Adeney, or MMM, runs a blog of the same handle, reaching around one million unique visitors a month. His MO can be distilled into a sort of modern day Stoicism, a mindset where early retirement is totally in our hands, within reach, if only we’re willing to ditch the excuses and strip down to the essentials. With his wife and son, Adeney enjoys the retired life in Longmont, working on home improvement projects and broadcasting his austere gems through his blog to his devoted legion of fans. On a Tuesday afternoon a few weeks ago, Adeney sat on his living room sofa, in between breaks working in his yard, and responded to emailed questions from YS. The following is an edited, condensed version of that exchange:

MMM: I grew up in Canada (in Hamilton, a port city on Lake Ontario) in a family of six on the modest side of middle-class. My parents were frugal, partly by necessity but also by choice. And I think that was really good for us kids: nobody expected to have stuff given to them and we had to pay our own way through school. Now, even as fairly well off adults, nobody has ever gone into significant debt and we have many more choices open to us in life as a result.

How do you utilize what Longmont (and other towns in BoCo) has to offer to maximize a simple lifestyle?

Boulder County has a lot going for it as both a place to run a good career, and as a place to enjoy an early retirement.

There are jobs and incomes available here that compete with the best of New York and San Francisco. But the housing is more affordable and the abundance of open space and natural areas make it a healthier place to live. The entire area is compact and bike-friendly so you rarely need to use your car if you plan things out well. And the people are friendly: it’s normal to say hello to strangers on the residential streets, while the crime rate is very low.

These are the things that brought me here in 1999, and they’re even better today.

What brought you to Longmont? Given your no strings attached lifestyle, what keeps you?

I originally came to Boulder because that’s where my job was. I rented places that were within walking distance of work, which made for a great lifestyle. When buying my first house at 25, I had to shop in Louisville because the banks wouldn’t lend me enough for a good house in Boulder. But I picked the Northwest corner so I could still bike to work in a reasonable time. I never considered Longmont because it was far enough away that I would be tempted to drive every day.

After retiring, we moved to Longmont because it was comparatively affordable to buy a house right near downtown, in the historic district with big trees and beautiful parks. Our boy was born here and we’ve all grown roots, so we’re sticking around at least until he graduates from high school.

What do you say to those who participate in what you deem the “culture of excuses”? What would you prescribe to enable an excuse-free life?

It takes a little practice, but the idea is very simple: never waste energy on what you feel “the system” is doing to you, focus only on things you can control.

You can’t control the economy, but you can control which skills you learn and how hard you work. You may not be able to get a million dollar salary in your field, but you can always control what you choose to buy – and thus how much money you save. There’s always someone out there who has done more than you, while starting from a less advantaged position. Look to them for inspiration.

Why do you think America practices a culture of consumption? How was Canada different?

I think the US is a uniquely exuberant consumer because we’re so big, isolated from other countries, and our markets are less regulated. Big incomes, low taxes, and a free-for-all in the advertising industry have allowed us to push the limits of luxury and consumption in all areas.

For a given income level, consumption in the Flannel and Beard places in like Boulder County, the Pacific Northwest, and Canada is much more low-key than in spots like Miami and Los Angeles. But all of us are over the top when compared to more efficiency-oriented cultures like Norway.

Do you attribute your outlook to just an innate sort of thing?

I think my outrageous optimism is more of a self-imposed habit that I grew into as I got older. As a young child, I was pretty fearful of new situations, even new foods.

But as I grew up I realized that the people who had the most fun were the fearless ones, so I decided I wanted to be one of these big, confident figures as well. Conveniently enough, I stumbled across a 1950s self-help classic called “The Magic of Thinking Big” (by David J. Shwartz) on my parent’s bookshelf when I was about sixteen. I soaked it up and have been reading and absorbing a regular supply of simplistic yet oddly effective pop-psychology books ever since. We humans are a lot more trainable and dog-like than we’d like to admit.

What’s the one non-Mustachian thing you indulge in from time to time?

On the big-ticket side of things, I never got rid of my taste for fancy houses. So I tend to relentlessly renovate whatever house I’m living in until it looks like a page from a design magazine. This is costly, but at least you get your money back when you sell the house since I do all the work myself.

On the smaller but more frequent side: Indian food. My family and I are very, very regular customers at Longmont’s amazing Flavor of India restaurant downtown.

How can people get involved in the Mustachian movement?

There’s a Facebook group called “Boulder Mustachians” organized by a fun group of local readers, and they do things together and welcome new people. I’ll also host a party or two of my own every year – the last one was in November at Longmont’s new hot spot called Wibby Brewing and we’re due for another one soon. I typically announce these things on my Twitter account and on the blog’s meetups page.