Duly Noted – The Karate Kid and Stan Lee at DCC2016 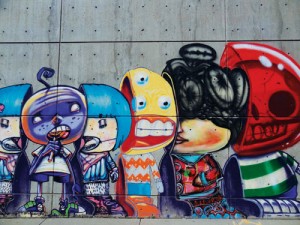 In 2010, Charlie LaGreca, Frank Romero, David Vinson and Kevin Vinson got together and came up with a brilliant idea to combat illiteracy: The Comic Book Classroom (now called the Pop Culture Classroom). And that idea was the tentpole over which the canvas of the Denver Comic Con fundraising event was draped, which launched in 2012.

This year marks the 5th outing for what has quickly turned into one of the largest comic cons in the nation, turning downtown Denver into a unbelievably delightful miasma of costumed revelry and geek pride over three days starting Friday, June 17. If the growth rate is any indicator, expect well more than 100,000 attendees. It’s pretty unbelievable growth compared to the inaugural year, which topped out at a little less than 28,000 people (last year’s attendance was around 105,000). It takes more than 1,000 volunteers to pull it off, approaching 12,000 man-hours in time.

It’s a fascinating study in the geek subculture if you’ve never been, but then again, calling it a subculture might just be a misnomer. Because as it turns out, there’s a geek lurking in most of us, and we just needed the right venue to bring it out.

Need proof? How about the fact that the comic book now literally dominates pop culture. Three of the top 10 grossing films in history are The Avengers, The Avengers: Age of Ultron, and Iron Man 3 — all of them, comic book films (and if you add Star Wars: The Force Awakens, it’s 4 of the top 10). There are no less than 65 comic book-based shows on or in development for television. Netflix has staked a huge claim on the extended Marvel universe, with Daredevil and Jessica Jones already airing and Luke Cage, The Punisher, Iron Fist and the Defenders series in various stages of development (and expect them all to be great — Daredevil and Jessica Jones are both rating well over 90% on Rotten Tomatoes, and I can personally vouch for those being two of the best TV shows ever produced, at least in my not-so-humble opinion).

As for Denver Comic Con, this year’s attendees will be treated to a cavalcade of personalities, panels and artists. Here’s a short list:

And yeah, the last three of those are all stars of The Karate Kid, so there’s a theme there, apparently. Also on the list is one of Captain America’s original artists, Allen Bellman and The Man Himself: Stan Lee.

But it’s not just about meeting famous people and getting a poster or comic book signed. The list of merchants and artists s exhaustive. You’ll see things you’ve never seen before. The cosplay is out-of-this-world good. Like a fully operational Iron Man suit good.

Single-day passes start at $38.50, and an all-access speed pass for all three days is $176. Events run Friday­–Sunday at the Colorado Convention Center in Denver. For information on the con, tickets, volunteering or exhibiting, head to denvercomiccon.com.