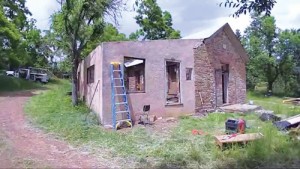 102,000 is the population growth estimate for the state of Colorado for last year.

$800,000 — The value of cannabis donated by LivWell to veterans over Memorial Day weekend.

A schoolhouse dating back to 1880 is being restored in Boulder County. The Altona Schoolhouse in Heil Valley Ranch was purchased by Boulder County in the mid 1990s, and is getting fully restored in preparation for school groups, history buffs and anyone who enjoys living history museums. The one-room sandstone schoolhouse served Boulder County children from 1880 through the late 1940s and plans for the full restoration should be completed in late 2017.

Construction has begun on the new Boulder Valley school set to open in Erie in the Flatiron Meadows neighborhood. The 100,000 square-foot school is designed for 750 students and is expected to open for the fall semester in 2017 serving preschool through seventh grade and, eventually, eighth grade as well. This new school will allow Erie students to attend a school closer to home, as they are currently assigned to Lafayette Elementary and Angevine Middle School.

Hillary Clinton was announced the presumptive Democratic Presidential nominee on June 7, beating out Senator Bernie Sanders for the nomination. Just two days later, President Obama endorsed the candidate in a video. “I know how hard this job can be. That’s why I know Hillary will be so good at it. I don’t think there’s ever been someone so qualified to hold this office.”

“This really is a leaderless movement…There are tens of thousands of leaders. Maybe leaderless is not quite right. Maybe it’s a leaderful movement.” – 350.org founder Bill McKibben on preventing climate change.

“More than 500 homes and 100 businesses were removed, five parishes were destroyed and 56 dead-ends were created where former roads had been a functioning network for cars, buses, bikers and walkers in support of these neighborhoods.” – Denver City Councilman Rafael Espinoza on what happened when I-70 was first built.