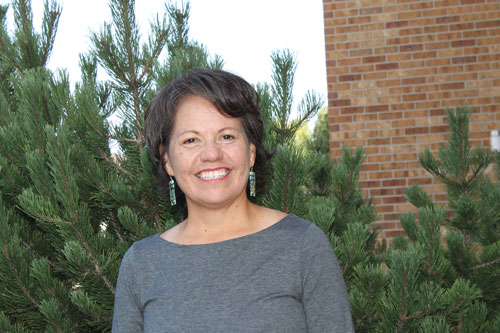 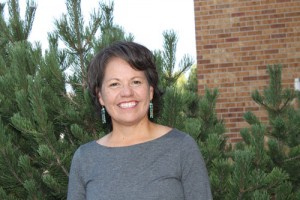 Jackie Francke grew up on a flat expanse of land in northwestern New Mexico called Shiprock. Named after the giant slab of rock protruding from the desert like the overturned hull of a ship, Shiprock is home to a Navajo Nation reservation. Two coal mines run through the reservation — the Navajo mine and the San Juan mine — and power the community’s economic fortunes.

Francke, 51, recalls her childhood fascination with the mines and all the activity surrounding them. When the time came to go to college, she knew she wanted to be a part of that: Francke graduated from the New Mexico Institute of Mining and Technology with a degree in mining engineering.

Today, 450 miles from the Navajo reservation she grew up on, Francke is the vice president of programs and administration for First Nations Development Institute in Longmont. It’s a role that allows Francke to apply her passion for problem solving in Native American communities like the one she was raised in. “I like coming up with unique solutions, developing solutions that are out of the box, and figuring out ways to make things happen,” she said.

First Nations, with a staff of 24 — many of whom are Native professionals — is a nonprofit organization that supports Native communities. Through technical assistance, training and advocacy, First Nations helps strengthen tribal education, economic, spiritual and cultural institutions. In August, the institute received a $2.5 million grant that will fund a two-year research program aimed improving the image of Native Americans.

Francke — who began working full time for the organization in 2010 after a year as a consultant — is the glue that binds the operation together. Her role, in her own words, is to ensure “programmatic efforts of our staff are on target with the mission,” and “to make sure our staff have all the resources to carry out our programmatic efforts and they aren’t overloaded.”

Francke saw firsthand the change her work can have during a recent trip to the Fort Belknap Indian Reservation in Harlem, Montana, home of the Gros Ventre and Assiniboine Tribes. The community, on 675,000 acres near the Canadian border, is 40-60 miles from the nearest grocery store, by Francke’s estimate. Aided by two First Nation grants, the community is building its own grocery store, growing a garden (with lettuce, tomatoes, squash, cucumbers and carrots), and reviving walking trails. “When you see this work and you see the thought behind the plan, it’s very inspiring,” Francke said. “To have First Nations be a part of their vision, for their community, is pretty amazing.”

Longmont has been Francke’s home for 18 years, and where her son is preparing to graduate high school. Colorado has two federally recognized tribes: the Southern Ute Indian Tribe and the Ute Mountain Ute Tribe.

While Francke’s connection to the land and Native heritage motivate her work, it was a breast cancer diagnosis in 2009 that propelled her to bring her professional skills to First Nations. The diagnosis changed her perspective. “You start to think about what you really want in life, and what you really want to do,” she said. “I thought First Nations provided the opportunity to really start giving back and to work in an arena that was really important to me.”