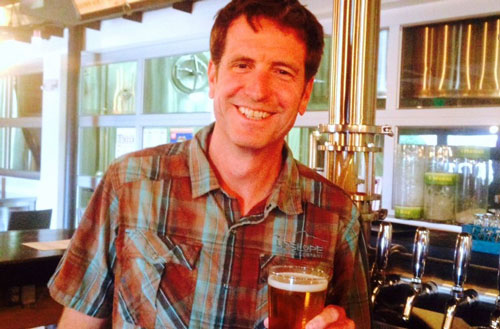 Building a Beer Brand on the Outdoors 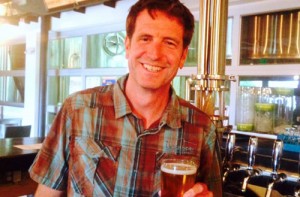 Henry Wood channeled years of experience in the outdoors industry into a beer brand.

Henry Wood came to the beer business with years of outdoors experience, and a not much business experience. So it’s no surprise that as marketing director for Upslope Brewery he’s stuck with what he knows, and who he knows, the outdoor community along the Rockies.

Wood began his career in outdoor retail, worked as a field guide and instructor, and later ran an outdoor program in Atlanta. He relocated to Boulder, dipped into risk management, and in search of business experience, found himself sitting across from Matt Cutter, a Cleveland homebrewer with ambitious plans for a Boulder brewery. Things moved quickly from there.

He was hired as a sales and marketing partner, but before his official start, Wood was helping the third partner, Dany Page, build out the actual brewery in 2008. He got introductions with liquor stores, accounts and buyers around Boulder County, and started to sell them on another local beer. “I didn’t have a whole lot to show them, except a logo and can designs with a target of Thanksgiving,” Wood said. “Seasonals back then had to get in before Thanksgiving.”

While establishing a beer brand in Boulder County was hard, very hard,  Wood said one of the biggest blessings was starting in Colorado and immediately being compared to Left Hand and Avery. “If we couldn’t compete we were going to be put out of business.”

It had been around seven years since cans of Dale’s Pale Ale hit shelves, and he found stores were excited to test sales of a new local beer. The support of local liquor stores helped the brand grow immediately, and Upslope quickly expanded to seven states in the Rocky Mountain region (and Texas). The expansion, while rapid, was intentional. “It’s no coincidence we added Jackson Hole,” Wood said, he wanted to maintain outdoor connections and his lifestyle as an authentic expression of the brand. For now, Upslope is focused on filling-in its existing markets.

“Upslope is 100 percent owned internally, there’s no private equity,” Wood said. “Our marketing spend is very judicious.” The marketing is targeted toward the outdoors crowd, following a similar path established by craft beer heavyweights like New Belgium and Sierra Nevada. These brands mainly advertise in active lifestyle magazines or sponsor sporting events. In recent years, giants like Coors have caught on and tried to follow suit.

An upslope, by the way, is the meteorological term for when warmer Gulf air runs slides along the Front Range and slams into a mass of northern arid air, which usually results in inches of ski-friendly snow. It also replenishes the brewery’s water source. Good water is the first step toward good beer, and quality is the brand’s crucial marketing point. In many ways, Wood’s job is simply to get Upslope beer to lips, and let the product fend for itself thereafter.

“There’s a lot of bad beer out there. We’re fortunate that Colorado has a lot of good quality beers,” Wood said. He predicts there will be a return to quality over local and touted his company’s “robust” quality assurance and quality control program, which help the canned beers survive the road trips to those other market without diminishing the taste. “Every batch is tested and cataloged. We react to any differences to the brew.”

As a way to give back to the outdoors community, proceeds from its flagship craft lager go to Trout Unlimited, a conservation nonprofit. The brewery itself incorporates sustainability practices like solar energy, removing yeasts from its wastewater (which can imbalance stream systems) and it sends spent grains to area farms for use as animal feed.

With no plans to go public, or sell, Upslope is making money for its 53 employees and owners. There are no Ferraris in the parking lot, but the company does offer a first-time home buying program, 401Ks with matching and health care; all options that seem to be evaporating from the workplace.

The 3.2% law is set to fade away and that will bring changes to the craft beer scene. “It seems like it was a big compromise for everybody,” he said, adding that grocers weren’t going to stop lobbying for the change. Wood said he can see a window of opportunity closing, “It probably won’t be a problem for Upslope – but it will be harder for the next upstart like Upslope.”