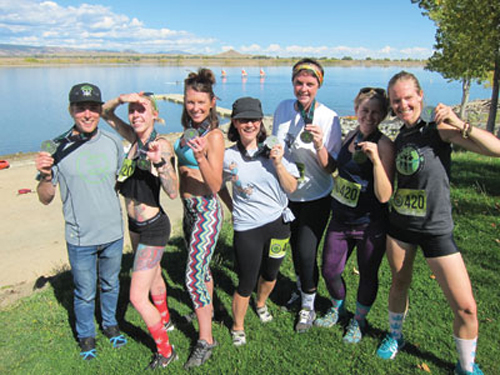 The 420 Games are just the start 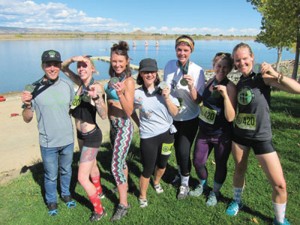 At the 420 Games at Boulder Reservoir in early October, everybody gets a medal, no matter how fast they run or how many trees they smoke.

At the 420 Games at the Boulder Reservoir this month, amazing athletes ran around the water to show that cannabis does not make you lazy, cannabis makes working out more enjoyable and more endurable. “I can just float and sink into the moment,” record-setting ultra-marathoner Avery Collins told us. “CBD is like Advil,” amateur athlete Troix Whitehead told us.

The 420 Games were awesome and enlightening. Our only two complaints are that, 1) we have a new job where we get drug tested, so we can’t smoke anymore, and, 2) that there was only one event — the run. If the organizers had wanted the competition to truly reflect the reality of cannabis, more events might’ve included …

Wouldn’t those be fun? Also, the 420 Games got us thinking about what other kinds of games would look like, with other legal mood-changers. Like …

The 24 Hours Before Your Algebra Final Exam Games (Adderall)

The complete future of legal mind-altering substances has yet to be written, but, good or bad, it will include games and competitions that highlight the fact that, whatever the substance, there are things you shouldn’t do on them, and that, as the 420 Games says in one of its slogans: “Everything in moderation — except sweat.” USA! USA! US … what were chanting about again?