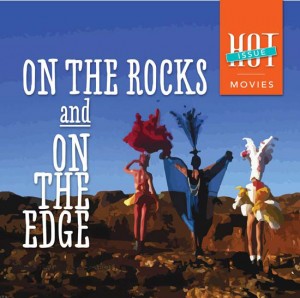 The home of the Rocky Mountains might not necessarily seem like the place where homage would be paid to this particular form of entertainment. However, Colorado has served lovers of this particular niche for years and today hosts more than 30 film festivals every year. Whether you’re a fan of action, suspense, romance, gore or just the plain absurd, the abundance of film festivals each year offers something unique for those looking to indulge in the summer festival season.

Boulder County’s Lyons International Film Festival, in its third year, kicks off the summer festival season the weekend of June 9-11. This down-home, cozy festival in a spectacular small town setting, “Celebrates Colorado Craft Cinema,” showcasing two Longmont and four Boulder-based filmmakers, in addition to talent from Denver, Greeley, Cortez and elsewhere. But it’s about more than local film, according to festival producer and film curator Jill Brooke, it’s about local community – reflecting the culture and needs of the Lyons audience.

“If you’re in Lyons, you will see that it isn’t just a community of music lovers and trailblazers and renegades – but there are also lots of families and seniors, so we want to have programming which appeals to folks there in the community,” Brooke said.

With its “Join the Trailblazers” theme, outdoor adventure film lovers won’t be disappointed. But there is truly something for the proverbial everyone, including programs for families and seniors, films on the environment, on cannabis, varied shorts programs, and Saturday evening’s event – dinner and dancing under the stars and a screening of Nathan East: For the Record, a music documentary by Emmy award-winning, Grammy-nominated director Chris Gero.

“In music circles, East is known as the best living bass player in the world. I personally just love that film, he himself, the man, is such a dynamic, warm, wonderful person, and I just think it’s just a film that not many people have seen,” Brooke said. 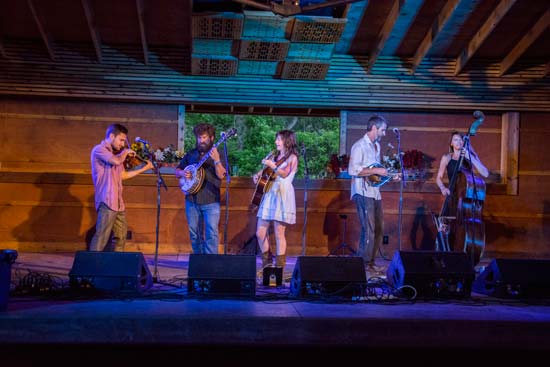 June’s film riches continue with the Intendence Film Festival, June 23-24, at the Open Media Foundation in Denver’s Santa Fe Art District. According to the website, the festival is an “Annual community-focused international film experience.” The festival highlights local filmmaking while also showcasing top talent from other states and several foreign countries. An awards ceremony at a local restaurant concludes the festival on Sunday the 25th.

Series Fest, an award-winning, independent, international episodic pilots festival from June 27 to July 2, at the Denver Film Society’s Sie Film Center, wraps up the month on a rather unusual note. These are pilots for “episodic storytelling”– a newfangled name for what was once called a network or cable television series, or mini-series. Now these types of shows are available across an increasing number of platforms, including Netflix, Amazon, and others.

Series Fest features a range of content from reality TV to fiction, docudrama, digital shorts and more, everything from a CNN “The Nineties” pilot, to independent producers showcasing homemade creations, hoping to hit the big time.

“It is a full spectrum of what’s out there in episodic storytelling,” Britta Erickson, Denver Film Society festival director said. “Some of the independent pilots have gone on to full production. Having a format where they can connect with distributors is a really big deal.”

Hosting Series Fest in the metro area is also a big deal. With opening night at Red Rocks and five full days of competitions, panels, sneak previews and more, Series Fest is uniquely Denver (the birthplace of cable television). It is a one-of-a-kind festival not to be missed.

Denver Film Society also presents the CinemaQ Film Festival, July 20-23 at Sie Film Center, a mini-fest in its ninth year, and the famed Film on the Rocks, at Red Rocks amphitheater in Morrison.

“CinemaQ is just a real celebration of the LGBTQ community. It’s a nice way to have the community come together and watch some great film,” Erickson said. The program is currently being finalized. 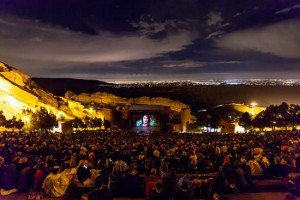 Film on the Rocks features ten events from May 15 to September 11. For a $15 ticket, you get a local comedian, a live concert, and the feature film – not a bad deal.

“It’s the 18th season, Film on the Rocks does sell out – people are surprised because it’s such a large venue. Buy tickets early, at least a week in advance,” Erickson advised.

Buying early is good advice for all festivals. While Film on the Rocks doesn’t offer passes, most festivals do, and they’re cost-effective options.

Heading to the high country in the fall, there’s the Telluride (September 1-4) and Crested Butte (September 28- October 1) film festivals to look forward to.

View all posts by Carah Wertheimer →