The Best Upcoming Film Festivals and Series Colorado Has to Offer 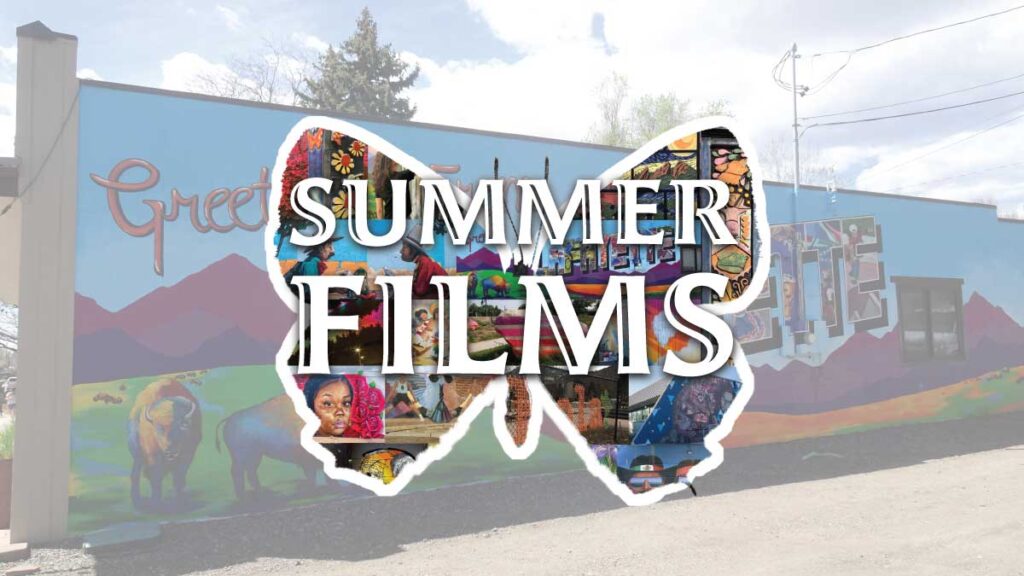 A movie theater is a beautiful thing. It is a communal place where strangers and friends alike come together and share in an experience, a place where stories bind people together. It is a place to feel, to celebrate the complexity of the human experience, a place to laugh, cry, be afraid, be exhilarated. There’s nothing wrong with enjoying a movie from the comfort of your home, but there’s nothing quite like giving yourself over to the big screen for a few hours with some friends or on your own. However you like to go, just make sure there’s popcorn. For some time, we couldn’t go to the theaters, but now that they’ve re-opened, the communal aspect of going to the movies has become even more special. This is increased ten-fold at film festivals — events dedicated to celebrating every aspect of the medium. Here are some of the upcoming film festivals and series we’re most excited about this year.

This one is for the real cinephiles. Hosted by Denver Film Society, the Denver Silent Film Fest highlights 11 shorts and feature-length silent films from the dawn of cinema. Each year, the theme rotates, and this year, the theme is “We Need to Laugh,” a sentiment that’s never been more true in light of recent goings-on in the world. Held at the Denver Botanic Gardens, the fest will show comedies from the early days of film and should not be missed if you have any interest in the history of the medium.

Although there are some amazing film fests and series in this state, not many of them are exactly kid-friendly. The Summer Kids Film Series, however, is fun for all ages. The Longmont Museum serves as a cultural center for the town and dedicates itself to enriching the lives of the people that live there by allowing access to art, history, and culture. This includes the young people of the town. This film series offers showings of Disney classics like “Snow White and the Seven Dwarfs,” “Finding Nemo,” and “Lady and the Tramp,” as well as more modern hits like “Soul,” “Inside Out,” and “Frozen.”

Film on the Rocks is Red Rocks’ (quite possibly the greatest venue in the world) film series. It shows both modern and classic films throughout the season and features all of the venue’s incredible amenities such as fresh air, unparalleled views, and a sense of history that one can feel pouring from those rocks. Films being shown in 2022 will include “Thor: Ragnarok,” “Dune,” “The Sandlot,” and more.

Held at Boulder’s Dairy Arts Center, the Boulder ENOFF is a multimedia celebration of the natural world. Featuring a wealth of submissions from all around the globe, it highlights narrative features, documentaries, and shorts that cover topics ranging from climate protection, outdoor adventure, clean energy, and other environmental issues. In addition to the film screenings, the fest will have talks with prominent filmmakers, environmentalists, politicians, and others all in the pursuit of preserving and celebrating this world we share and the immense beauty that envelops each of us as we move through it.

For those who might not be in the know, a cult film is a film that may not have had much critical or commercial success when first released but has gone on to create a passionate and fervent legion of supporters in the time since. Think midnight screenings of “Rocky Horror Picture Show” where people show up in their very best leather and lingerie and dance along as the movie plays. Think weed-friendly “Big Lebowski” screenings that serve white Russians and encourage you to attend wearing boxers and robes and little else. The Lyric, an interesting place found in Colorado Springs that serves both as a music venue as well as a cinema, hosts a carefully curated Cult Movie Night series year-round. Previously shown cult classics include “Battle Royale” (a Japanese film that inspired many of the ideas used by works such as “The Hunger Games”); “Eraserhead,” a surrealist classic and the movie that put David Lynch on the map; and 80s schlock-gem “Robocop.” It has also featured newer fare like the incredible sci-fi body horror “Possessor” and the bonkers “Mandy,” in which Nic Cage gives what might be his best performance ever. The catch is that each night is a surprise. You show up and watch whatever movie has been chosen. Make sure to leave the kids at home for this one.

The Telluride Film Festival is one of the most beloved and prestigious in the world, rivaling the likes of such legendary, globally recognized events as Sundance and Cannes. It has seen the premieres of classic films like “Juno,” “Brokeback Mountain,” “Blue Velvet,” and more. It also regularly draws appearances from some of the biggest names in film such as Benedict Cumberbatch, Helen Mirren, Jane Campion, and Werner Herzog, just to name a few. Unlike some of those other internationally respected festivals, Telluride is cherished by those in the industry due to its prioritization of celebration over competition. Each year, the festival draws the attention that it does because of its unabashed love for film. It explores the medium’s history, traces it through to the present, and features presentations by major actors, directors, and scholars. Most importantly, it hosts screenings of the greatest films ever put to celluloid alongside premieres of the next generation of classics.

Having just celebrated its 40th anniversary, Breck Film is one of the most interesting film organizations in the country — it has evolved from a rather small film festival into a non-profit dedicated to using film to connect the world. Last year, the fest was broadcast across 41 states and six countries. These are people who truly believe in the power of cinema and make an effort to highlight filmmakers of all races, genders, and ages. It’s held events dedicated to Black Lives Matter, Women in Film, and empowering young filmmakers, with devoted outreach programs that use film to start real conversations about the most pressing issues our world faces. It also features a Filmmaker of the Month segment that puts a spotlight on up-and-coming filmmakers. On top of all this, it has screened classics such as “L.A. Confidential,” “The Shawshank Redemption,” and even “Kung Fu Panda.” Truly a wonderful organization.

Though not quite as internationally recognized as TFF, the Crested Butte Film Festival is no slouch when it comes to highlighting some of the best offerings in cinema today. With a more independent focus, it has held screenings of such critical darlings as “Nine Days,” “Peanut Butter Falcon,” and “Parasite,” the first foreign film to win the award for best picture at the Academy Awards (and a damn good movie every living person should see at least once). In addition to the festival itself, the CBFF is unique among the other festivals we’ve listed in that it also holds events and screenings — both virtual and in-person — year-round.

Hosted by Denver Film Society, the Sunset Cinema Film Series is a wonderful way to enjoy the summer air while enjoying cinema. It’s hosted at Denver Performing Arts Complex’s Sculpture Park, one of the city’s most eclectic in terms of events and location. The series shows a wide range of films as the sun sets on the city, painting its buildings red and allowing the night to descend gracefully as you fill your lungs with air and enjoy some of the best and most popular movies out there today. Past showings have included hits such as “Black Panther,” “Coco,” and “Raya and The Last Dragon.”