Winter Is Coming: Snowboard on the Block

No, Game of Thrones isn’t delivering a new season till 2018 or later, but Winter is still coming. Dec. 21 is the official start of Winter, but don’t tell the locals. Snowboard on the Block “returns for its 5th-year celebration in downtown Denver presenting a single day of extreme sports entertainment and live music on October 14th.”

October 14th, you say? Well that’s still Fall, right? Actually, snow has already hit the ground and it’s the special time of year where music and urban snowboarding go hand-in-hand, regardless of whether or not ski and snowboard season has officially arrived. Throw in some local lagers and a packed crowd and we have an early Christmas miracle on our hands.

Known as “The biggest snowboarding event of the year,” SOTB will be another epic event for the extreme winter sports lovers and looky loos alike.

2017 will highlight some of the best riders in the industry complete with high definition film premieres for TransWorld SNOWboarding’s epic ‘Arcadia’ and Snowboarder Magazine’s ‘Pepper’ and ‘Turbo Dojo’ by Absinthe Films. The only snowboard festival in North America dedicated to showcasing the best films the snowboard community has to offer; the festival is renowned for featuring the newest releases from around the globe.

YS will be there for the mayhem. We’re not brave enough to hit the actual slopes, so this will be a close second for us. Shout out to living vicariously through others.

Important to know, it won’t be just a spectator sport kinda day. “Outdoor festivities will also feature live musical performances by the Vandals and The Murder City Devils and a pop-up retail experience complete with snow-industry product giveaways.” Count us in. “The one-day festival event will feature many high-quality food trucks, local craft breweries, discount gear deals, and much more.”

The perfect opportunity to kick off another epic snowboarding season, tickets for the Snowboard on the Block are now on sale at the official event website along with upgraded VIP opportunities. For a detailed description of the films, the music, and all of the fun happenings at the 5th year celebration of Snowboard on the Block check out www.snowboardontheblock.com

See you in the stands. 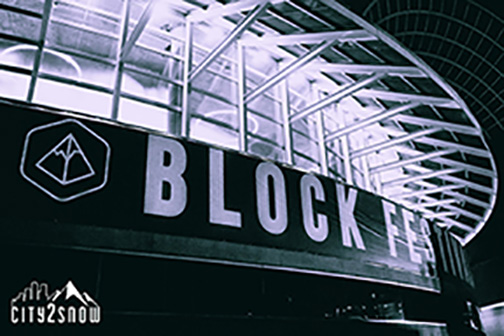