Duly Noted: It’s The Fight Of Our Lives 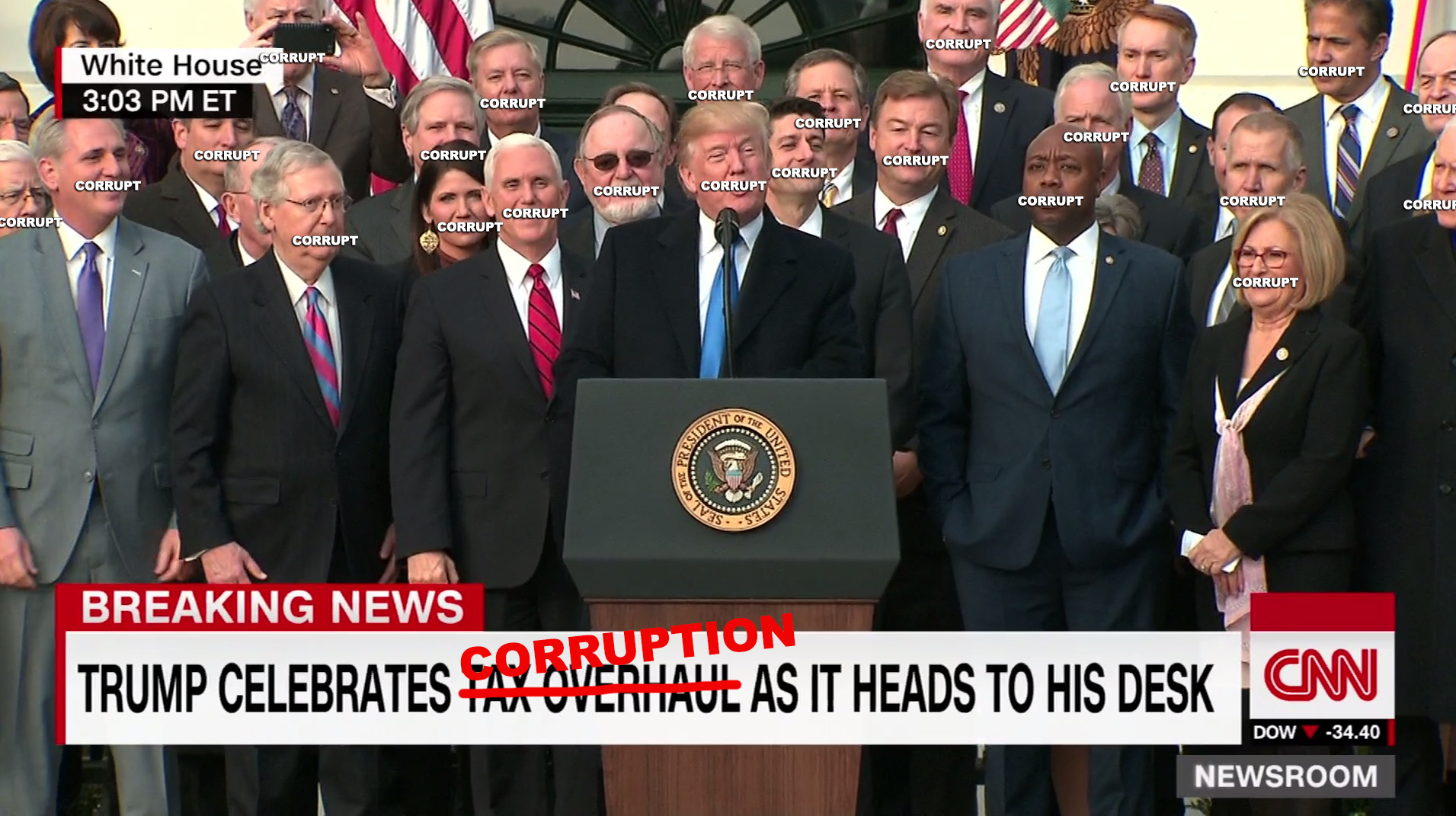 I’m writing this the morning after the U.S. House passed a “tax reform” bill that will slash $1.5 trillion in total taxes… and creating a matching deficit in the process. For anyone who isn’t really paying attention, they might start to think, “Well, I pay a lot in taxes, so this means I get to keep more of my money? What’s so bad about that?”

There’s no shortage of sources you can go to for a complete run-down on just how much the GOP put the screws to an assortment of things they hated, such as the individual mandate on the Affordable Care Act which will effectively result in the destruction of the whole system.

One of the better-written articles is by taxation specialist and Forbes contributor Tony Nitti, available here: bit.ly/ForbesTaxRunDown. The part I want to call your attention to, however, isn’t about the bill itself so much as it is the way the GOP went about this. There isn’t a single American who should be able to honestly rationalize the complete disregard for process and the people when you read this excerpt from his column:

“On the Senate floor, things went from shady to sham rather quickly. First, a list of possible amendments was handed out around Capitol Hill, but only to lobbyists, rather than journalists. Then, after a flurry of 11th-hour bargains were made to nail down the final few wavering Republican Senators, the final version of the bill — now reduced to a lithe 479 pages — was made available in the dead of night, and was voted on before you awoke. Even more embarrassing was the state the text of a bill that will shape our economy for the next decade was in, as it was complete with — and I’m not making this up — key amendments and alterations hand-written into the margins of the page, with large swaths of text simply crossed out. One enterprising twitter personality offered a $25 gift card to anyone who could decipher a critical piece of chicken scratch located on page 187.

That isn’t hyperbole. The vote occurred just before 2 a.m. Eastern Time. On a bill that was “completed” only hours before. And a real, significant effort was made to keep the bill out of the hands of journalists. There’s no good that comes from a government that operates in the dead of night, hand-in-hand with lobbyists, outside of the public view, and without time for any public discourse. This is how fascists destroy a populace.

This is no longer just about our President. This is about the efforts of the GOP to legitimately subvert due process and the rule of law. The contempt their actions show for the entire American populace — whether or not you’re on their side of the aisle — should be seen as the violent attack on our way of life it really is.

There’s nothing “Great” about any of this, other than the shame we should all feel for allowing this to happen on our watch.

[Editor’s Note: since this writing, the GOP Tax Cuts and Jobs Bill has gone through the congressional reconciliation process, was adopted by the Senate, was voted on a second time in the House to satisfy the Byrd Amendment’s requirements regarding deficit increases and was signed by President Trump. Government would shut down with a failed government funding bill soon after, on January 20, 2018, the one year anniversary of Trump’s inauguration.]