Johnny Barber and the Colfax Museum 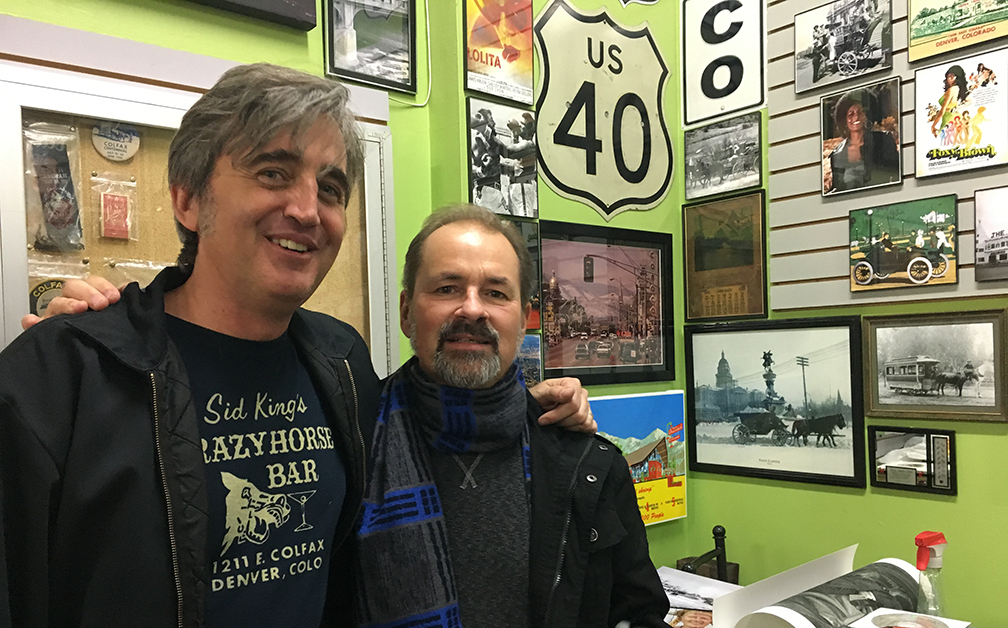 Call Jonny Barber the Velvet Elvis. Call him the King of Colfax. Call him Denver’s biggest history buff. But whatever you call him, you should know his latest mantle — founder and curator of the Colfax Museum — is as important as any of the rest, thanks to his tireless work preserving the history of what’s been called, “the longest street in America.” Here, Jonny talks about his career as an Elvis tribute act, the history of Route 40 and the Colfax connection to the Barbie Doll…

French Davis: What is the Colfax museum, and why should it matter to Coloradoans?

Jonny Barber: The Colfax Museum is a historical museum dedicated to Historic Route 40, Schuyler Colfax, and the street that bears his name: Colfax Avenue. If you care anything at all for Colorado’s history, then you have to care about Colfax Avenue. The route itself is ancient; dinosaurs left the first known footprints on West Colfax. Native Americans used it as a trail since ancient times. Spanish explorers used it in the 1700s. Kit Carson, John C. Fremont, and other explorers, miners, pioneers, cowboys, the good, bad, and the ugly have all made their way down the storied boulevard. In order to know where we are going, you have to know where you are from.

FD: You spent a long time as a successful Elvis Presley tribute performer. Talk to us a little bit about what that was like.

JB: I was given the name The Velvet Elvis by a friend [who] said, “You know, it’s not so much you look like Elvis as you do a painting of Elvis…man, you’re the Velvet Elvis!” Velvet was an answer to a prayer, really. I started performing as The V.E. in 2004, the same year I started ColfaxAvenue.com. I now had two small children to take care of. I wanted to keep doing music for a living. So on Elvis’ birthday, Jan. 8, 2004, I dressed up as The King and starting doing random sightings around town. The first place I stopped was Gunther Toody’s, a ’50s diner. I burst into the packed, lunch-time crowd and started wailing and shakin’ my hips, and then I realized that I had burst into the middle of a performance by ANOTHER Elvis impersonator. So what should I do? I just joined in with him, and we finished the show together. They got two Elvii for the price of one. After the gig business cards were flying, and I was up and running. I ended up down at Rockmount Clothing Co. Jack Weil, the oldest living CEO in the country at that time (104, and still drove to work…) was there. I sang for him and he was impressed enough to invite me to his son’s house for their company party. Then he pointed to a picture on the wall of Elvis wearing one of his Rockmount shirts. “That’s from the movie, Loving You,” he said. Since then, I’ve sang at Red Rocks with Gov. Hickenlooper, Graceland, Tupelo, Miss. (Elvis’ hometown), sang the National Anthem for the Rocky Mountain Rollergirls at the Fillmore Auditorium (the year they won the National Championship… coincidence, I think not!), recorded at Sun Studio, kissed some of Elvis’ girlfriends, met his bands, Lisa Marie, and even Priscilla! Elvis also took me on a real spiritual journey as well, and the stories told to me by his close friends and associates made me realize what a deeply spiritual man he was. I’ve also written a book about the experience and my years with Elvis called In His Shoes, coming out in 2018.

FD: How does one go from a career as an Elvis Impersonator to museum curator? Where did your fascination for Colfax Ave spring from?

JB: My first gig in Denver was at the Lion’s Lair on East Colfax. I fell in love on Colfax. I married the girl I fell in love with on Colfax. And together we fell in love WITH Colfax. My daughter was born a stone’s throw from Colfax, and I lived for a long time around Colfax and Vine St. I also was told by the “Sultan of Striptease,” Sid King himself, that Elvis once went to his bar, Sid King’s Crazy Horse, with a few Denver policemen back in the day. Over the 14 years I’ve run [ColfaxAvenue.com], I’ve also collected a ton of stuff related to Colfax; so much so that I couldn’t walk in my basement. Looking at the piles of stuff I felt like Indiana Jones, “this belongs in a museum!” I started running the idea by my friends and family, and then the community, and the support was overwhelming so I decided to give it a go. Then my good friend Lydia offered up a space in her flower shop, Ed Moore Florist and More, and we were up and running. We were open for one day, and the following Monday we were on the front page of the Los Angeles Times, with Charles Manson’s obituary no less!

JB: Colfax is the coolest street in Colorado, if not the Rocky Mountain West. It is a part of Historic Hwy 40, which ran from Atlantic City, NJ to San Francisco, CA. The history is legendary. Route 66 gets all the press, but Route 40 actually has more to do with national history. The eastern portion of the road goes all the way back to President George Washington. Originally called Braddock’s Road after British Commander General Braddock, whom George served under, it was the site of the last battle in the Revolutionary War. A triumphant General Washington rode back with his troops along this route as well. George called the road, “the cord that binds the nation.” Virginia and Maryland met at the Annapolis Convention to discuss the future of the road, which led to the Philadelphia Convention, and then directly to the Continental Congress. In 1806, Thomas Jefferson commissioned the National Road, which forged the route further west through Ohio, and eventually to Independence, Missouri, the disembarking point for the Santa Fe, Oregon, and Smoky Hill Trails that were also used to create Hwy 40. This very trail runs right by our State Capitol. I could go on and on about, but in terms of hipster cred: Jack Kerouac wrote about it in his Beat Generation novel On The Road, and that is enough endorsement for me! Hwy 40 was designated in 1926, and turned Colfax Avenue into a tourist destination; show clubs, dinner theaters, neon signs, drive-ins, all kinds of things to see and do. Interstate 70 ended that party in a hurry by taking away all of the tourist traffic, but now the old girl is making a comeback. 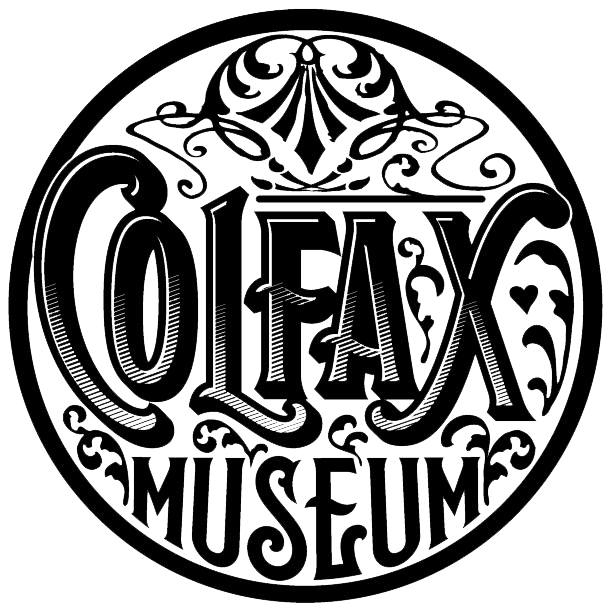 FD: This coincides with the Colorado Music Hall of Fame’s induction of Denver East High’s music program. How much does East history play into your exhibits?

JB: East High plays a huge part because it is on Colfax. The list of East High Angels that became legends is long. And we have all of them at the museum. Earth, Wind & Fire, and Bill Frisell would be reason enough for the hype, but that’s not all. The King of Jazz, Paul Whiteman, is an alumni. He was the first bandleader to ever debut George Gershwin’s Rhapsody in Blue. Don Cheadle is more renowned as an actor, but is clearly also a music force, demonstrated by his actually playing Miles Davis’ trumpet parts in his role  in the biopic movie. We also have the famous actors and actresses, such as Pam Grier (Foxy Brown); silent film stars Harold Lloyd and Douglas Fairbanks; Hattie McDaniel, the first African-American to ever win an Academy Award; and even Ruth Handler, the creator of the Barbie Doll! There’s too many to list; come see them at the museum!

FD: What else is in the cards for you now?

JB: I’ve got two new albums of original music out this year, give them a listen. I think they are among the best material I’ve ever released. If you like Americana/Rockabilly music, then Jonny Barber & The Rhythm Razors Western Riot! is for you. If you like the RAWK, then crank up Jonny Barber The Survival Game. More info at www.jonnybarber.com 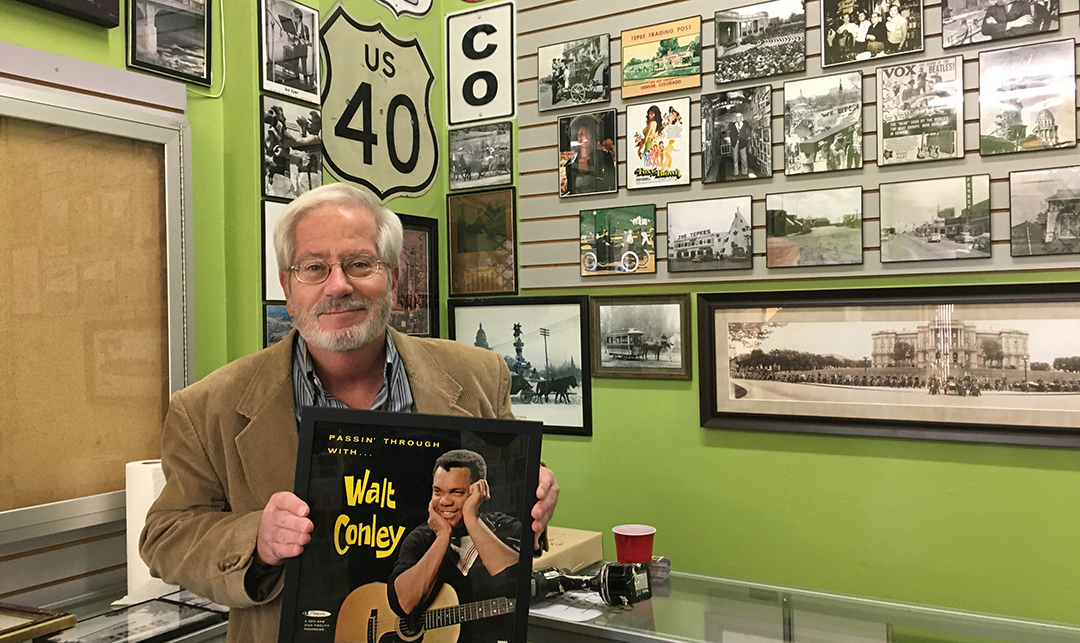