I had heard Lila Downs’ music in famous movies, including Frida, Real Women Have Curves, and Tortilla Soup. I’d even heard her on the radio, at parties, and of course online. This was my first time seeing her perform live. In a word? #Magical 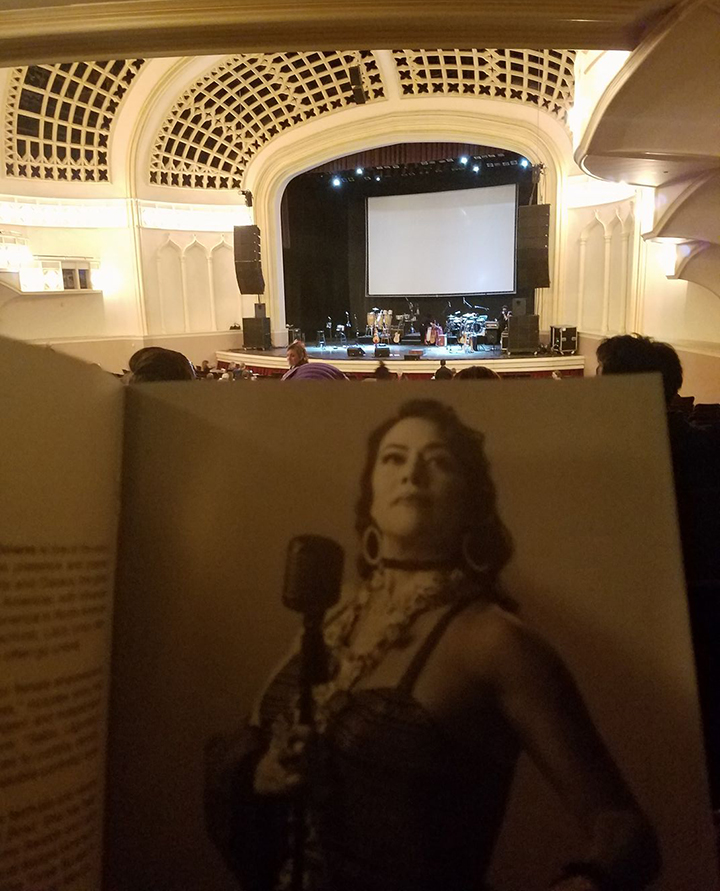 Anticipation was high for Lila Down’s March 3rd performance at Macky auditorium on the CU Boulder campus, a part of the CU Presents artist series, and filled quickly with a diverse set of folks both young and, shall we say, less young, a testament to broad appeal. The event had been sold out days in advance of her arrival, for good cause. Lila Downs came out on the stage with a powerful and commanding presence, no doubt cultivated over decades on stages around the world. Her colorful outfit was beautifully adorned with both modern and indigenous Mexican designs. Her voice boomed through the auditorium, drawing applause and cheers. Her first song, “Mezcalito”, was accompanied by a projected background of tequila and mezcal bottles and started off the concert right, getting the crowd excited and clapping and singing along.

During breaks Lila spoke in Spanish and English of her Oaxaca, Mexico background, indigenous culture, and activism influencing her music. She spoke of social issues impacting the immigrant community in the U.S., violence in Mexico, struggles women face, revolution, and hope for a better future. The song “Zapata se Queda” had a beautiful background comprised of images of Emiliano Zapata, his quotes, and speeches. She spoke of indigenous first nation peoples such as the Lakota, Zapotec, and the Mixtec. One of her songs mentioned Benito Juarez, one of Mexico’s first Zapotec indigenous leaders. Many of her songs contained political messages pertaining to both historical and modern day issues. One of her songs was accompanied by a picture of Benito Juarez with one of his famous quotes, “El respeto al derecho ajeno es la paz”, which translates to “Respect for the rights of others means peace.”

She also took the time to introduce her band members, who hail from Venezuela, Mexico, and the U.S. There were some covers of classic Mexican songs from famous singers such as Lola Beltran and Jose Alfredo Jimenez, which the crowd loved. If you’ve ever been to a Mexican party, singing along to the greats is pretty much a tradition. After one break she came back wearing a sombrero and sang the classic song “Cucurrucucu Paloma” among others that reminded me of songs my abuelo (grandfather) and tios (uncles) sing in Mexico.

The music with German and Polish polka influence was also incorporated throughout the show. She sang many of her well known songs, including: La Patria Madrina, La Llorona, Son de Difuntos, Balas y Chocolate, La Calaca, and Urge.” When singing the “La llorona” she wore a white shawl, using the power of her voice to express intense emotion and passion. Before ending the show, the crowd shouted in Spanish otra, otra! She returned to introduce a college student, “Julieta” who is an indigenous Purépecha from Michoacan, Mexico studying in the U.S. They sang a duet in Julieta’s native language that was spectacular. Toward the end of the performance the crowd moved toward the front of the stage to dance, sing along, and reach out to shake her hand.

Her music was a fusion of “ranchera” traditional Mexican music with modern jazz and blues beats. I have never felt such a powerful presence from an artist and definitely will be an experience I will never forget.

Lila Downs will be at the Ordway Center for the Performing Arts in St. Paul, Minnesota, tomorrow evening, before heading to Canada on the 8th for two tour stops, and then back to Mexico on the 24th. Make sure you see her if you get a chance. She’s magical. 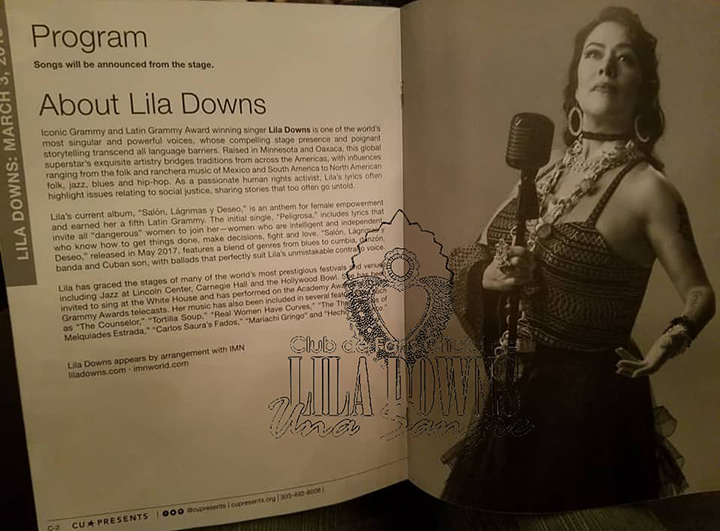 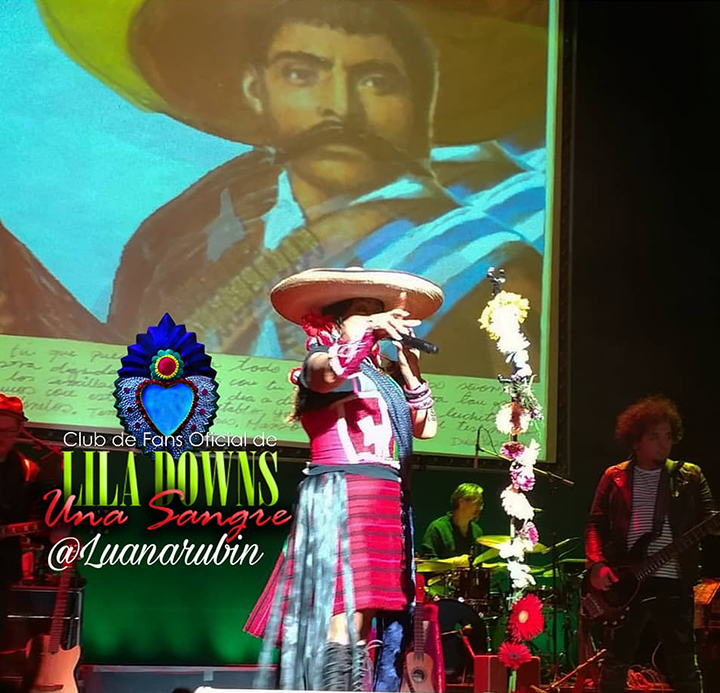 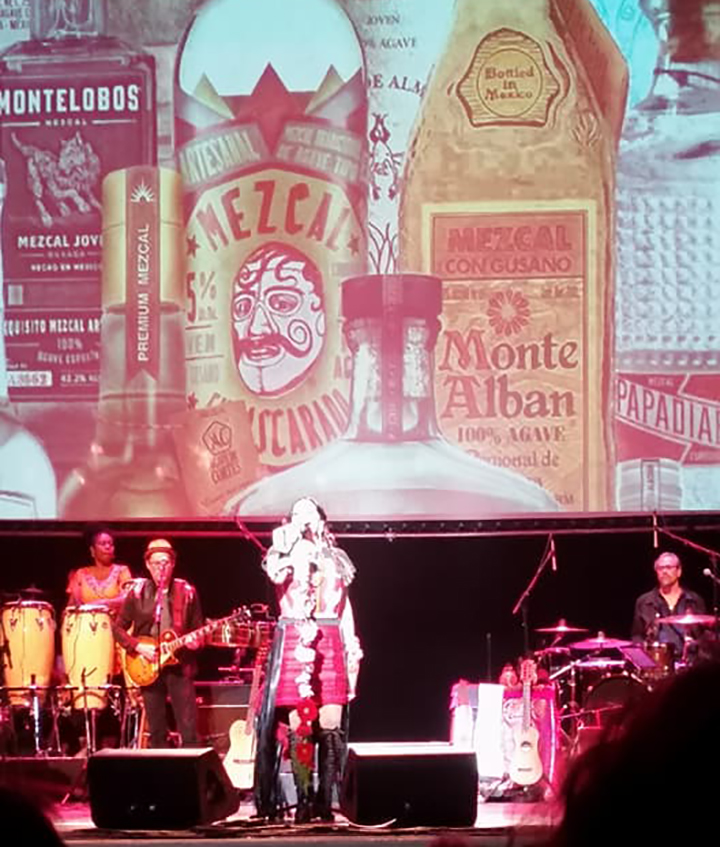 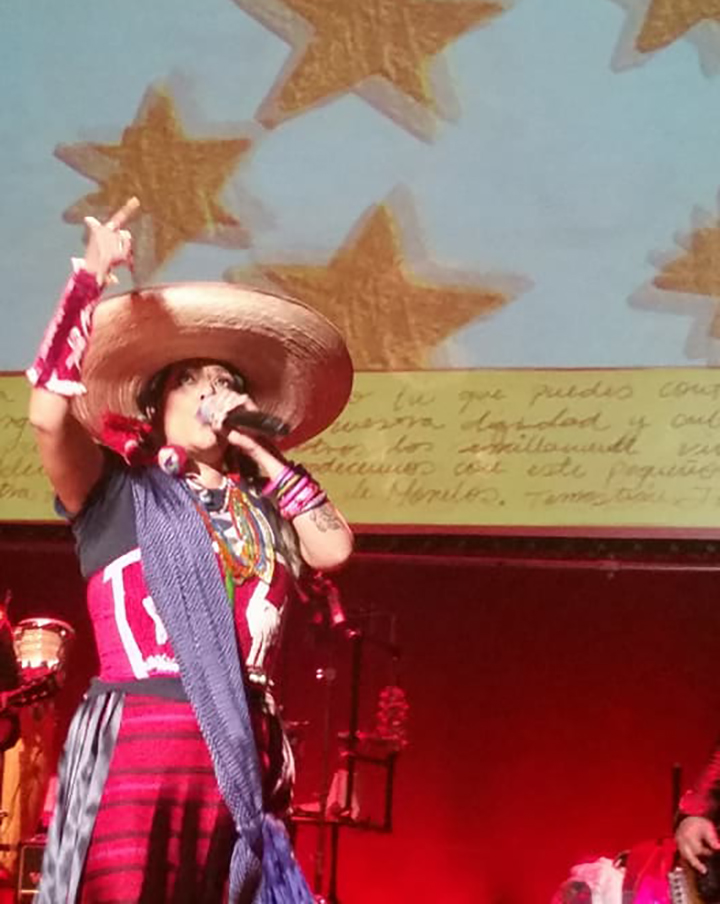 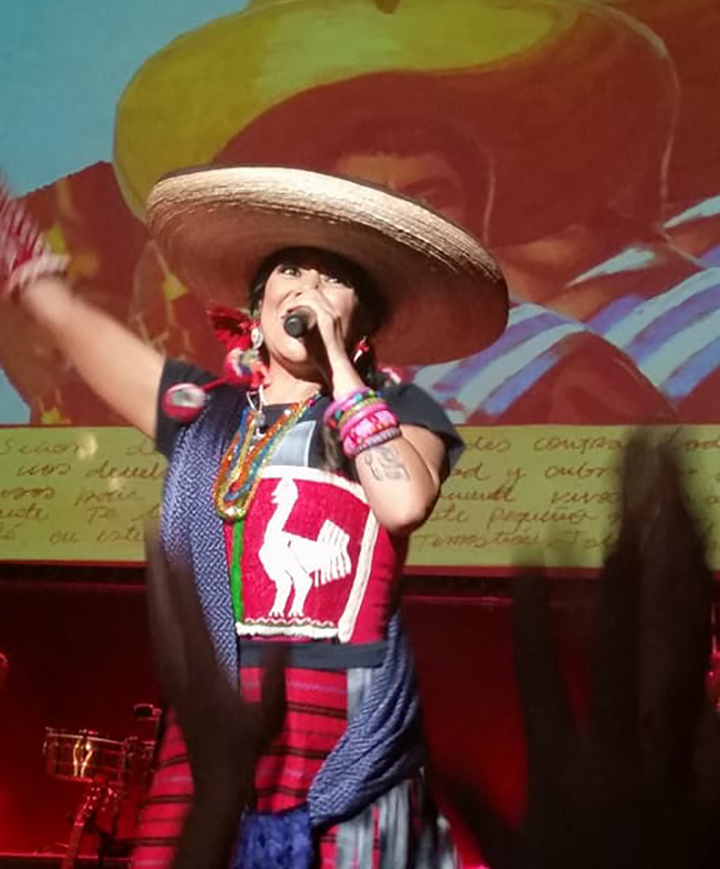