He was a poem: Degas at the DAM

The timing couldn’t be more perfect, the art world having recently celebrated (mourned?) the 100 year anniversary of his death this past September. The DAM will be the only US stop for this exhibition “of more than 100 paintings, drawings, pastels, etchings, monotypes, and sculptures created between 1855 and 1906”. The sheer mastery of so many divergent artforms is, itself, a testament to his genius, as is the incredible volume of work created over his lifetime, making this an exhibition you don’t want to miss.

The first time I saw a Degas was at the John Paul Getty Museum, a gorgeous sound sculpture of a museum nestled in the coastal foothills north of Los Angeles off the 405, that crippled, cramped parking lot Southern California calls a freeway. I was a Getty Educator – akin to an organization specific docent – for a local Americorp project in 1999. We led groups of East Riverside students there to show them a world outside of the neighborhoods they were born in and were often stuck in. I was younger then and the art, while it struck me, didn’t leave as deep an impression as when I took students to the Art Institute of Chicago (founded 1879) while working for the National Student Leadership Conference, Arts in Leadership project, in the mid 2000’s. I took five groups there over five weeks of conference, for five weeks of wonder. 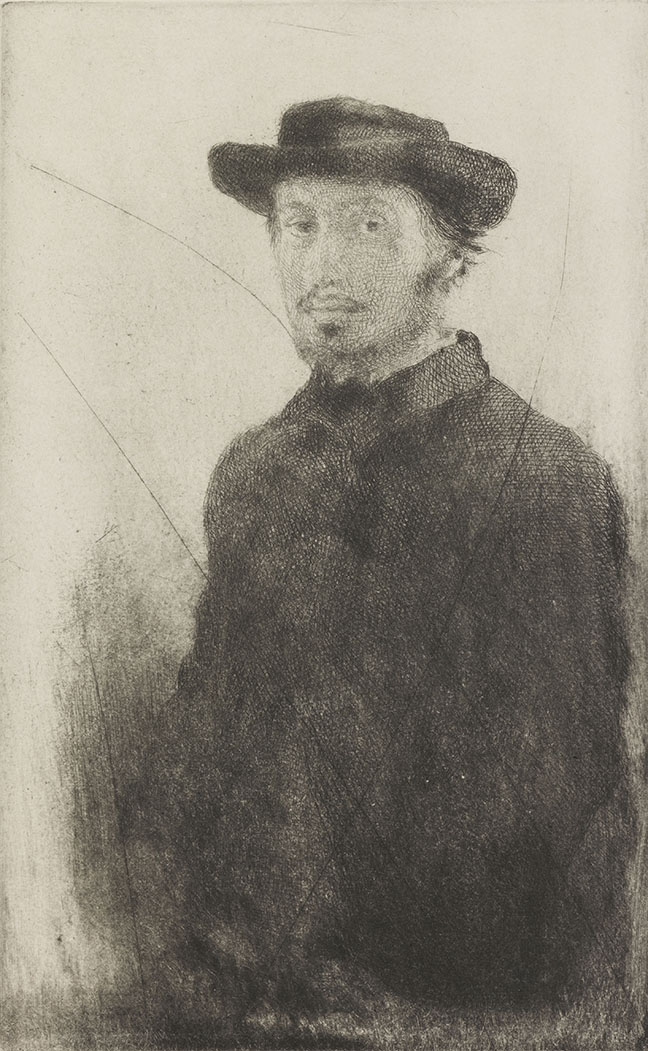 Maybe I was more confident in my own skills and, thus, more ready to engage the art directly rather than hovering over my students. Maybe the students were older and less in need of a constant eye. Maybe I had matured more as an artist and poet and could encounter the work more honestly.

Degas at the AIC was a miracle for me. I recall being transfixed – not just by Degas – but by the scope of work on display. My young poet’s brain was working to find words, rhymes, rhythms to explain the beauty and breadth of what I was seeing. Dancers in ballet turns that were absolutely still turning, gloriously eternal pirouettes, bodies twisted and contorted in the brutal mastery of method he employed, the pastels brilliant and boundless, drawing me in to each complex complexion of skin and shade of movement, and this was before I knew anything of the very real and flawed man that Degas was… but I digress, as I so often do, memories being what they are.

Paul Gauguin, the celebrated post-impressionist hailed Degas “as the saviour of an art form that had gone into decline,” declaring, ‘Drawing had been lost, it needed to be rediscovered.’” Jacques-Émile Blanche wrote of his former friend after his death in 1917 that, “His work is not enough for us. It is him, it is his life, it is his artistic bearing which moved us even more than his art, and it is his presence we need.” Jane Munro, Keeper of Paintings, Drawings and Prints at the Fitzwilliam Museum at Cambridge, the only other venue hosting this collection, quotes the printmaker Marcellin Desboutin in her introduction as saying, “He is a real poem!”

“Degas was the quintessential independent artist, and this exhibition will give visitors a more intimate look into his creative process as well as his public and private life,” says Christoph Heinrich, Denver Art Museum director. So yes, let’s look closer at his private life. Degas worked initially in France, and then internationally (he was an avid traveler), including in the United States (see: A Cotton Office in New Orleans, 1873) where we visited in 1872 for an extended stay and where he had “mixed race relatives”. The New York Times reported that, “Degas was the only major French painter of the Impressionist generation to travel to the United States and paint what he saw there,” (Degas in New Orleans, NYT Books).

We would be remiss, however, to ignore the Dark side of Degas (Chicago Tribune, 1996). Degas was accused of being an anti-semite during (and after) the Dreyfus affair, when a Jewish man was accused of treason (he was later acquitted) an event that divided both society and the art world. Stories of him throwing out models he thought were Jewish and self isolating in later life over his anti-semitic beliefs still circulate, often times with viscerally opposed claims and stories. He is a man accused of voyeuristic paintings of women; Degas himself “fueled the fire by saying he wanted to capture the scenes as if ‘looking through a keyhole,’” which is indeed creepy sounding. He wasn’t universally maligned, however; “…others are less critical, and no less than Vincent Van Gogh judged the attitude of Degas, who was celibate, not as misogyny but impartiality,” with some seeing his behavior and approach “as an identification with women” rather than an attack. The consideration is important for the modern era, where #MeToo calls into question issues of sexual violence and impropriety. No less than three women at the media preview questioned the use of models, ideal body standards, and sexism.

Looking at his own familial history, it’s important to point out that, “[t]hough he seems the quintessential Parisian painter, Degas’s ties to New Orleans were manifold and longstanding.”

“His mother, Celestine Musson Degas, was a native New Orleanian – a ‘Creole,’ according to the then current meaning of a white descendant of French and Spanish settlers of the city. Her father, Germain Musson, was an adventurer who had fled the French colony of Saint-Domingue (later Haiti) after the triumph of Toussaint L’Ouverture’s revolutionary forces in 1804. He made a fortune in Louisiana cotton..”

The Musson family, Degas’ family, owned slaves in America; Germain’s “sale of a young slave girl in New Orleans (as Degas’s biographer, Henri Loyrette, recently discovered) boosted Celestine’s already respectable dowry,” which aided her marriage to Auguste Degas in France in 1832, writes Christopher Benfey in Degas and the “Black World” (New Republic). Edgar Degas himself later invested in the southern railroads built during post-civil war reconstruction, to profit off the war which had ended merely 7 years prior.

I’ve always been a fan of separating an artist from their work; Van Gogh self-mutilated. Picasso was a misogynist. The list goes on and, while we can separate art from an artist, it’s equally important to understand the historical and personal context in which works celebrated today were created. And Degas’ work truly is celebrated. His art – separate as it can be from the world he inhabited, the beliefs he held, the politics of the age – moved as gracefully as any impresario’s could between themes as far ranging as nude and landscape, from race tracks to still life, from motion to stillness, from brutality and anguish to peaceful solitudes, and he moved fluidly between mediums as if each were under his absolute command. This exhibit will bring these themes and mediums to life for visitors in another of the DAM’s gorgeous and worthwhile exhibitions, and we fully support reading up on the history of the artist to understand the art.

When asked about the hypocrisies and contradictions of Degas – of his painting women but being celibate, of being descended from Creole’s that owned slaves, of being an anti-semite – Timothy J. Standring, Gates Family Foundation Curator of Painting and Sculpture at the DAM, sidestepped the question and suggested that there is plenty of worthwhile scholarship on the issue in other arenas, later adding that he didn’t want to sound dismissive. We can’t help by think that the role of educator – and a curator is most assuredly an educator – should be to provide a whole portrait of the subjects we study, especially when the implication is that we should celebrate them. Degas is an artist to be encountered, not observed, in all his flawed genius. We will not belabour the point, however, except to say that we fully expect to stand, once again, before the brilliance of Degas and search, fruitlessly, for the words to the poem that is Degas.

The Denver Art Museum is located at 100 W 14th Ave Pkwy, Denver, CO 80204. Tickets are now available at denverartmuseum.org or by calling 720.865.5000. The first day is sold out and day two is nearly sold out as well. We suggest hurrying if you want to catch this once in a lifetime exhibit in Denver. 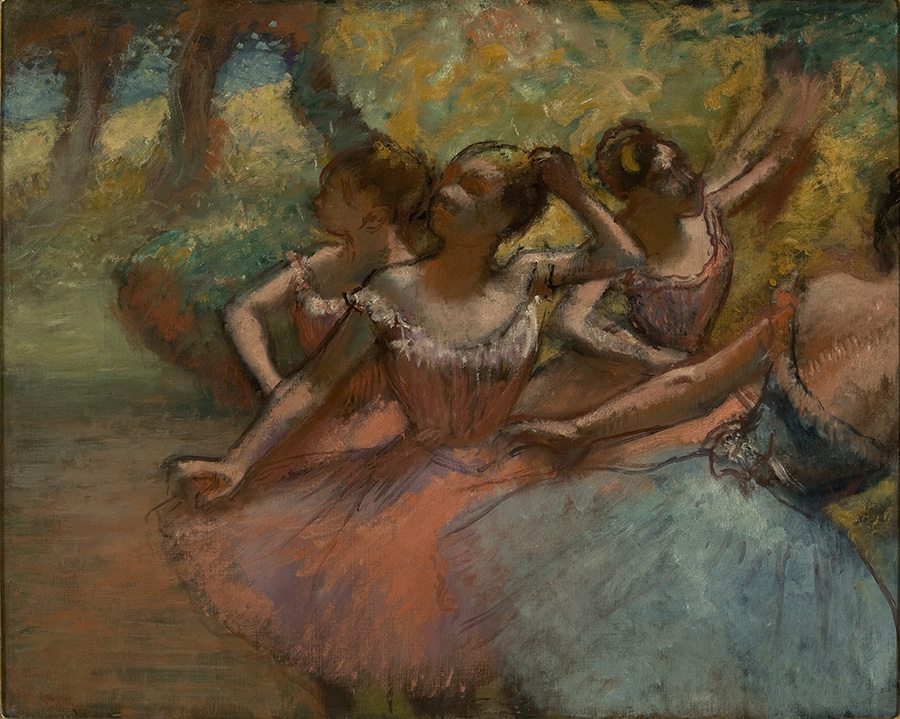 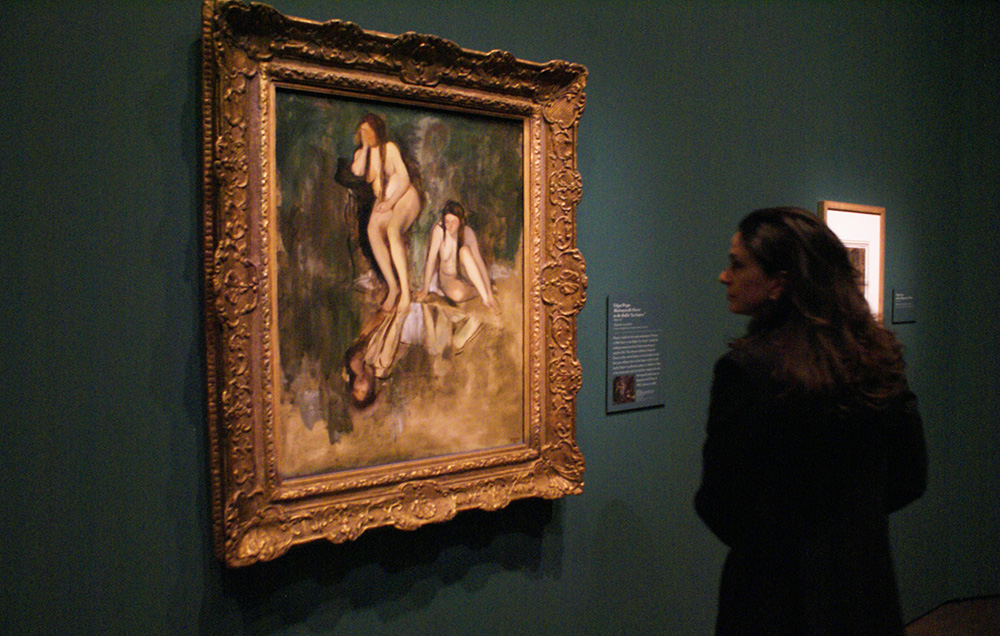 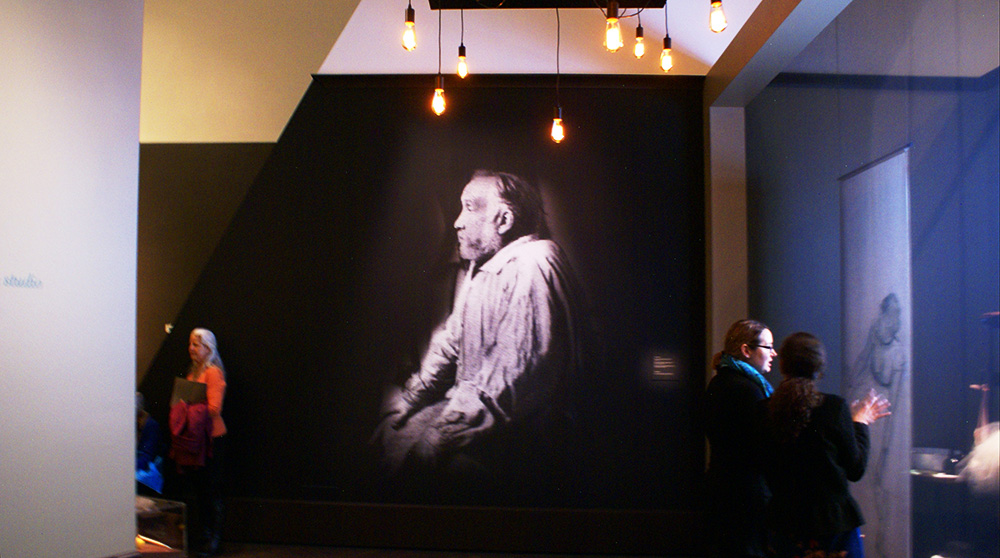 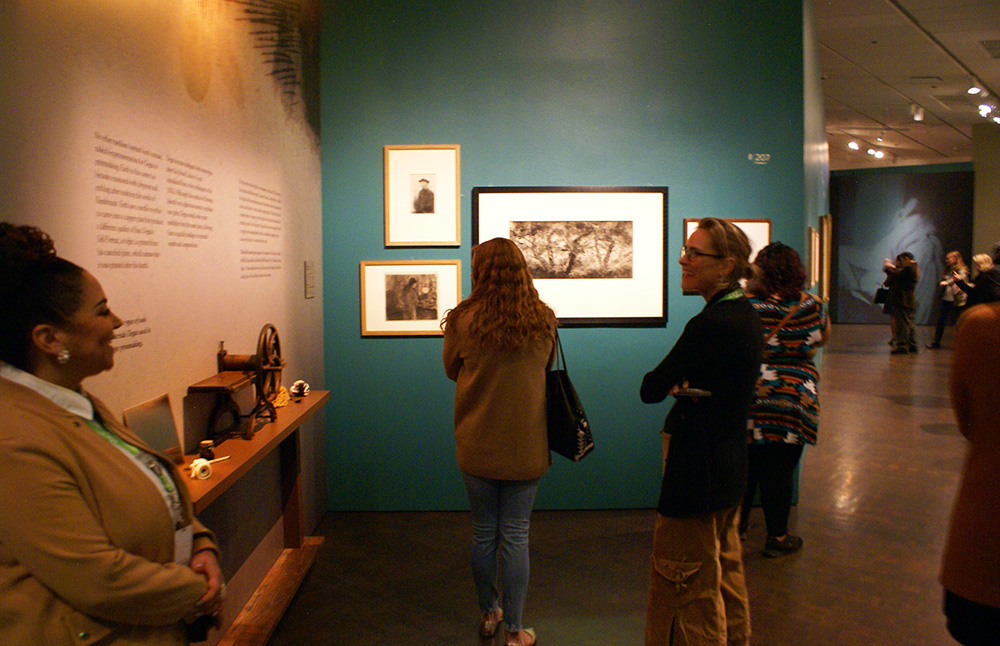 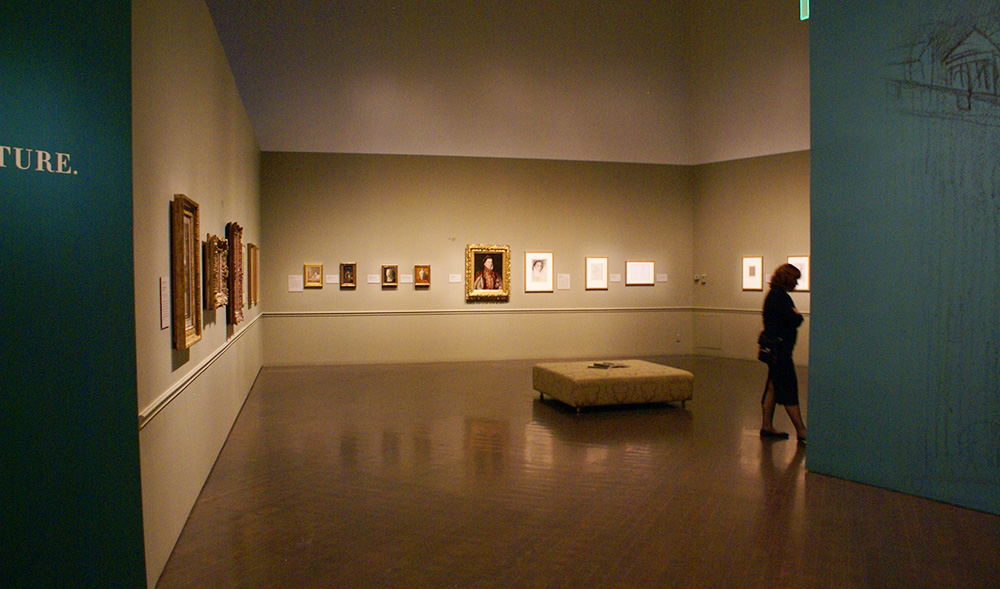 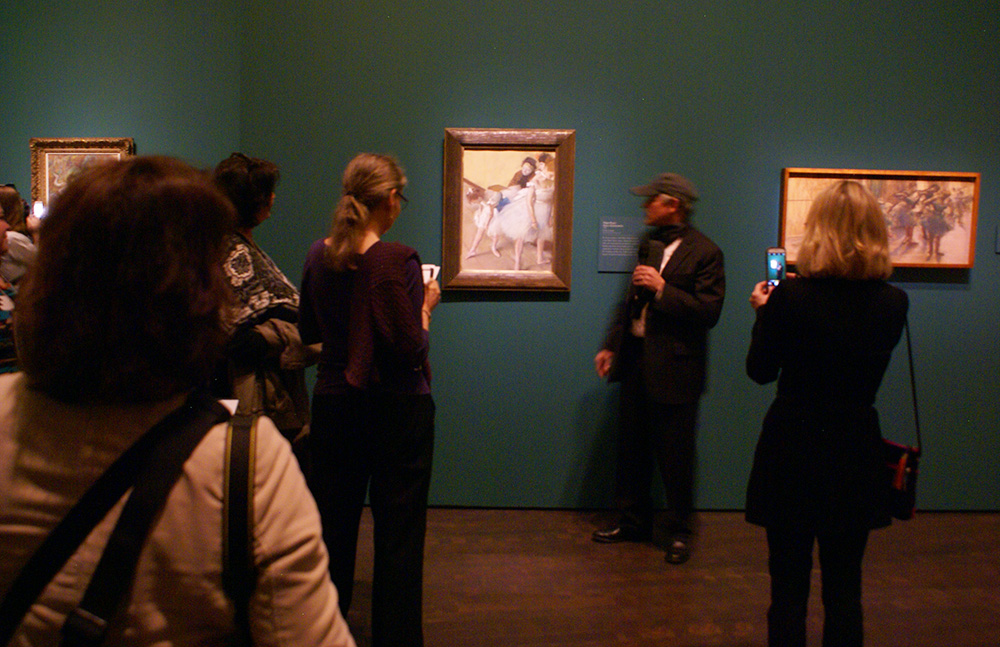 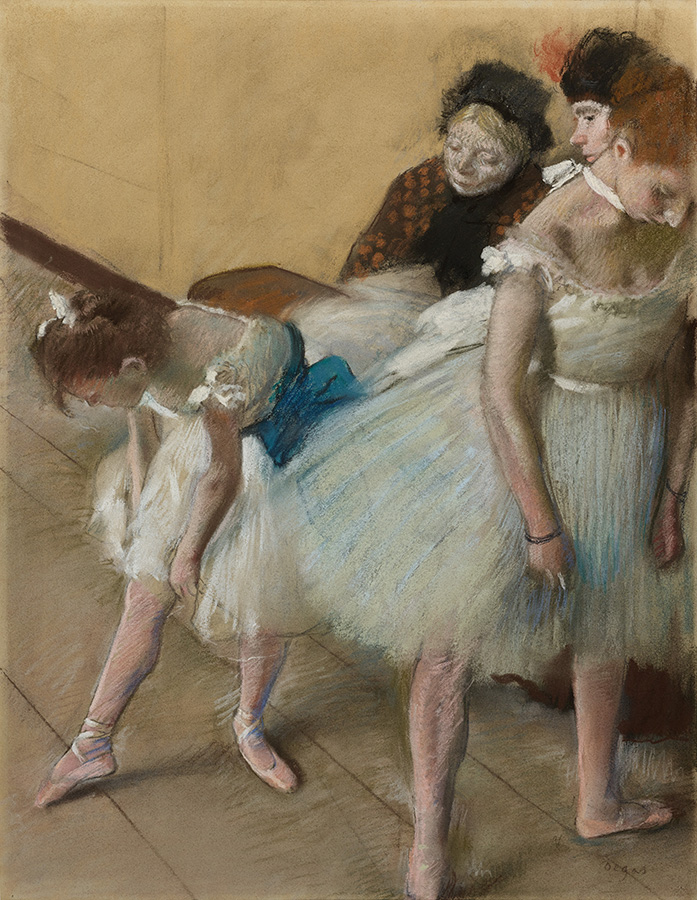 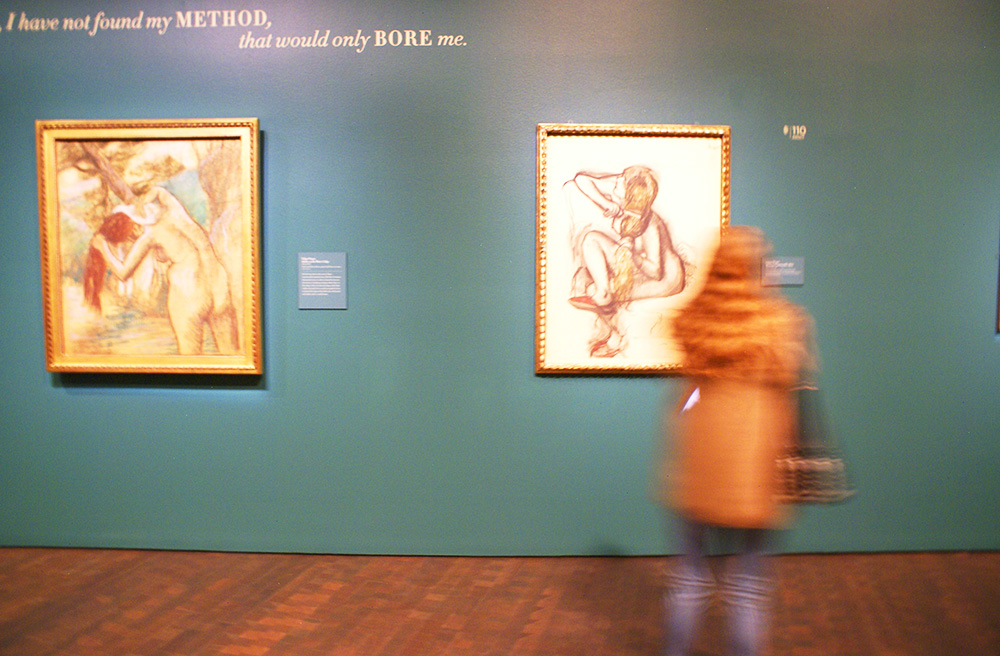