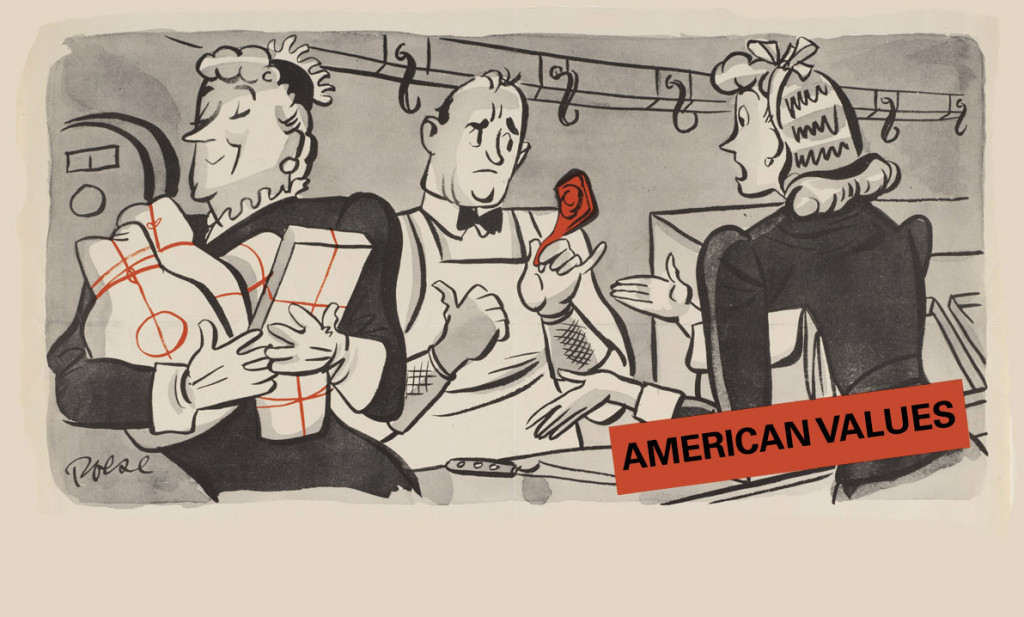 “I was at the grocery store and I saw this woman drive into the lot in an Escalade,” said Jim*. “Later, I saw her checking out, and she had lobster in her cart and she was paying with food stamps! THAT’S how I know the system is screwed up and everyone’s taking advantage of it. I saw it with my own two eyes!”

I wish I could say this sentiment was unique, but in this era where “Rugged American Individualism” seems to matter more to the establishment than civic duty, love for thy neighbor or even a base level of empathy, it’s not. I was embroiled in a discussion about the federal Supplemental Nutrition Assistance Program (SNAP, a.k.a, “food stamps,”) and President Trump’s plan to replace it with specially selected boxes of food — talk about a “nanny state” approach — on Facebook. (Yeah, I know, I should know better. Sometimes I can’t help myself.) And this kind of argument is especially maddening.

To put that in perspective, Jim had just based his opinion off of approximately .000002 percent of the people receiving SNAP benefits. Further, that was an interaction that took all of a few seconds — enough time to see a person driving an expensive car, see them buying “expensive” food, and see them paying with their SNAP card. He had literally no other context than these inputs. It’s like looking at a 1-square-inch portion of a wall-sized mural and drawing a conclusion of everything else in that mural based on the inch. Maybe the lobster was a one-time celebration for just landing a job. Maybe the Escalade was borrowed. Who knows?

It’s a symptom of the greater problem we find ourselves embroiled in — a belief that embracing a platform founded on “personal responsibility” also means abdication of responsibility for our communities. Our neighbors. Our children.

This is the split. It’s the great moral cognitive dissonance of the current GOP platform. And it wasn’t always like that. But today, we’re witnessing a GOP beset on its fringes by the worst of all of us — white nationalists, greedy corporations and special interest groups that live in such a state of absolutism that they would attack children for speaking out after surviving a mass shooting in their own school.

This country was founded 242 years ago on the belief that the rights of the individual are Supreme, and granted by the Almighty him or herself. Today, “Life, Liberty, and the Pursuit of Happiness” are etched on the bump stocks of the guns of those who would simultaneously demand we sacrifice our children at the altar of the Second Amendment while excoriating football players for exercising their rights under the First.

*Name has been changed.