The Old Mine: Because This Cider House Rules 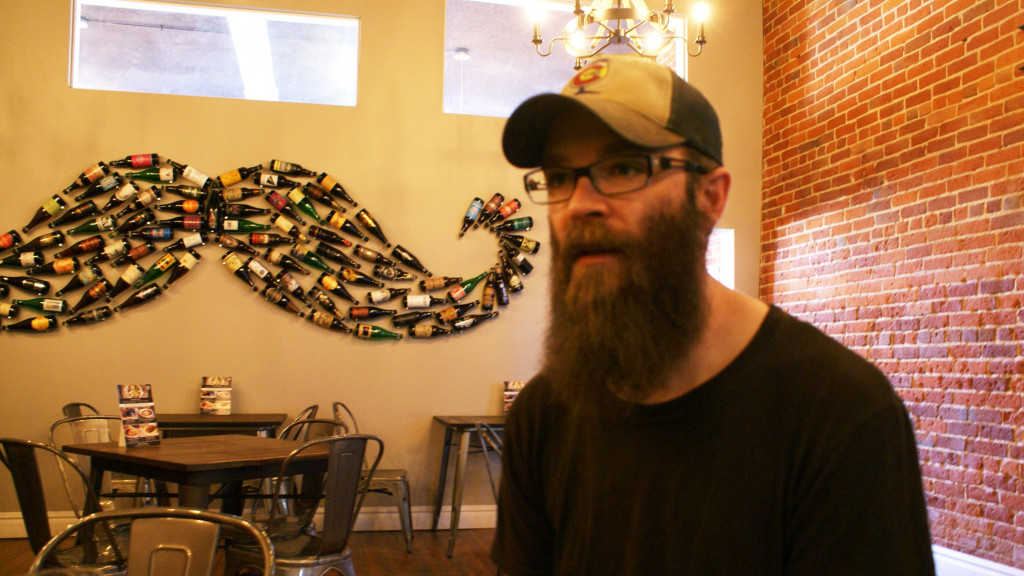 Centering on fun, sophisticated beverages brimming with local ingredients and history, The Old Mine is Erie’s one-stop pub for community, mustaches, and apple cider made sexy. Sporting a rustic-sounding name, The Old Mine Cidery & Brewpub boasts a beautiful space inside the old mercantile building in Erie’s historic downtown, surprisingly bright for an establishment whose name holds the words both “old” and “mine,” or really anything that calls itself a pub.

“The reason it’s called The Old Mine [ties] in with Erie’s history as a coal mining town,” explained Tom Marbois—sales, marketing, and distribution guy for the cidery. He stated that the building it occupies is “typical” of the area’s history. “There’s bricks that were laid back in the 1800’s right there,” he said about the exposed-style walls in the pub. “And in fact, here is the original building. Behind you, that’s the old mine.” 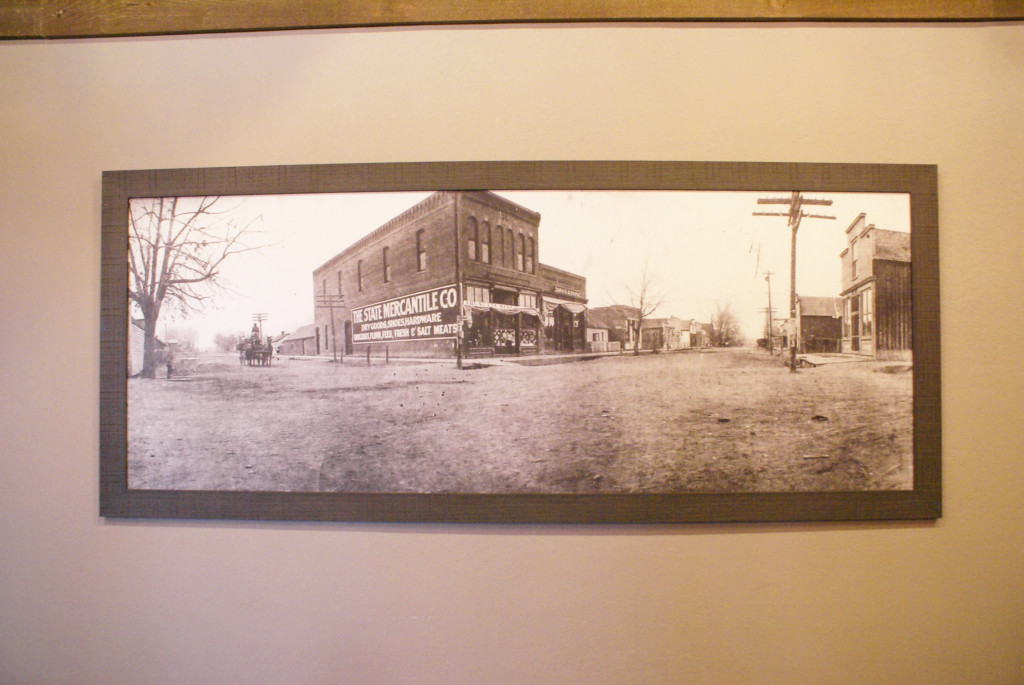 One member of the owners/founders duo, Mike Yeager, had an uncle whose interest in collecting mining paraphernalia infused the cidery with its influence. He was also, apparently, really into handlebar mustaches, which Tom explained is now something of an Old Mine “mascot.”

In fact, their flagship beverage, the Handlebar Hard Cider, is so named for this reason. Tom described the beverage as “a kind of adult apple juice.” But at 6.8 percent ABV, you might not want to drink it alongside breakfast the way you used to (or maybe you do. We don’t judge). Tom listed off three things that distinguish the Handlebar: the first is that they choose the very best apples out of over 700 varieties. The second is that, unlike a lot of other cider brewers, they aren’t using grape or wine yeast, because those tend to have a drying effect on the apples. Instead, they use beer yeast, which “gives it a different mouth feel.” Lastly, their cider is unfiltered, leaving actual, delicious “apple particles” in the beverage, or what Tom has dubbed “apple goodness.”

The Handlebar also provides a base for their other ciders, like the Hopped Up Handlebar, which is affectionately referred to as “the love child of an IPA and a dry fruit wine.” As its name suggests, Hopped Up is brewed with “hops, big hops,” a tricky element since the flavor can quickly become overpowering, especially in ciders, which typically don’t carry the same level of bitterness as beer. But according to Tom, the locally-sourced organic citra hops “balance out that sweetness. They dry it out and it yields a more complex flavor profile.” 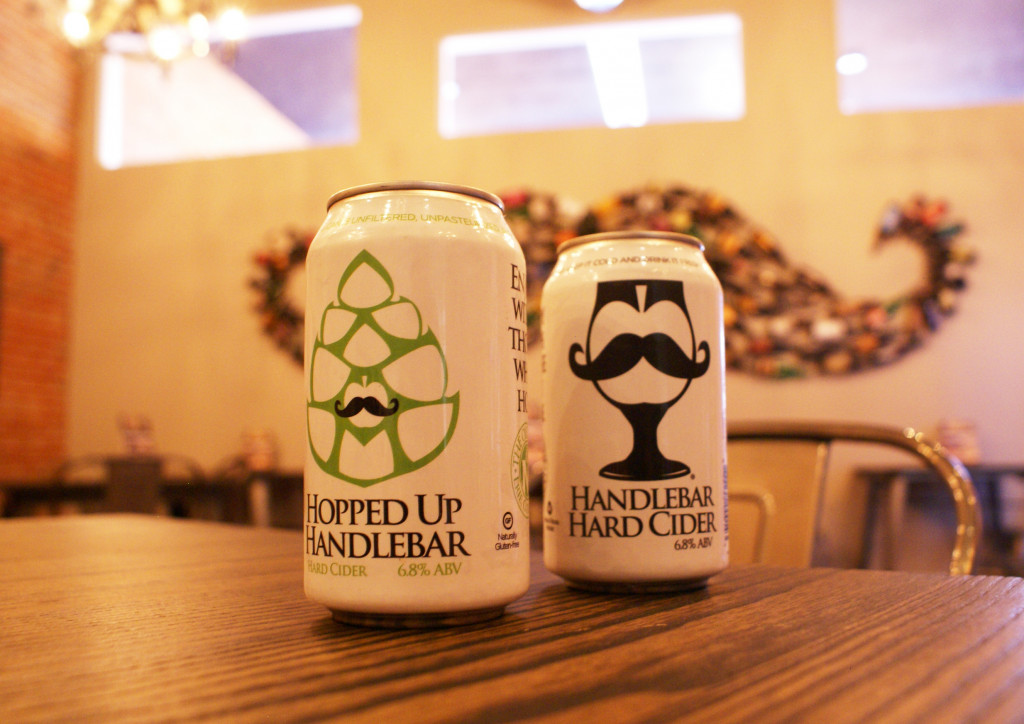 As they geared up to celebrate The Old Mine’s fourth anniversary this past Saturday, March 10, Tom discussed origins. “It’s a Cinderella story,” he explained. Mike was a homebrewer of beer but “the beer market was saturated, and he wanted to create something for himself to enjoy—and his friends, his community. He turned his attention to cider.” Then, at the 2013 Erie Brewfest event, Mike crossed paths with John Jacquat, who had dreams of starting a cidery and community space in town. John, who handles finances at the The Old Mine, said their main inspiration was a desire for “people to come into Erie, versus leaving Erie to go to other places.” Tom shared that this is still a big goal for the colorful cidery: “We’re a little bit irreverent, but we’re just looking to help people have a good time—help people enjoy something that’s very high quality.”

In addition to giving folks a place to enjoy adult beverages locally, and helping to boost Erie’s commercial life, Tom explained that they’ve wanted to really grow an industry that’s still surprisingly untapped: “I like to think that what we’re trying to do for cider is what was done for the craft beer industry twenty years ago.” 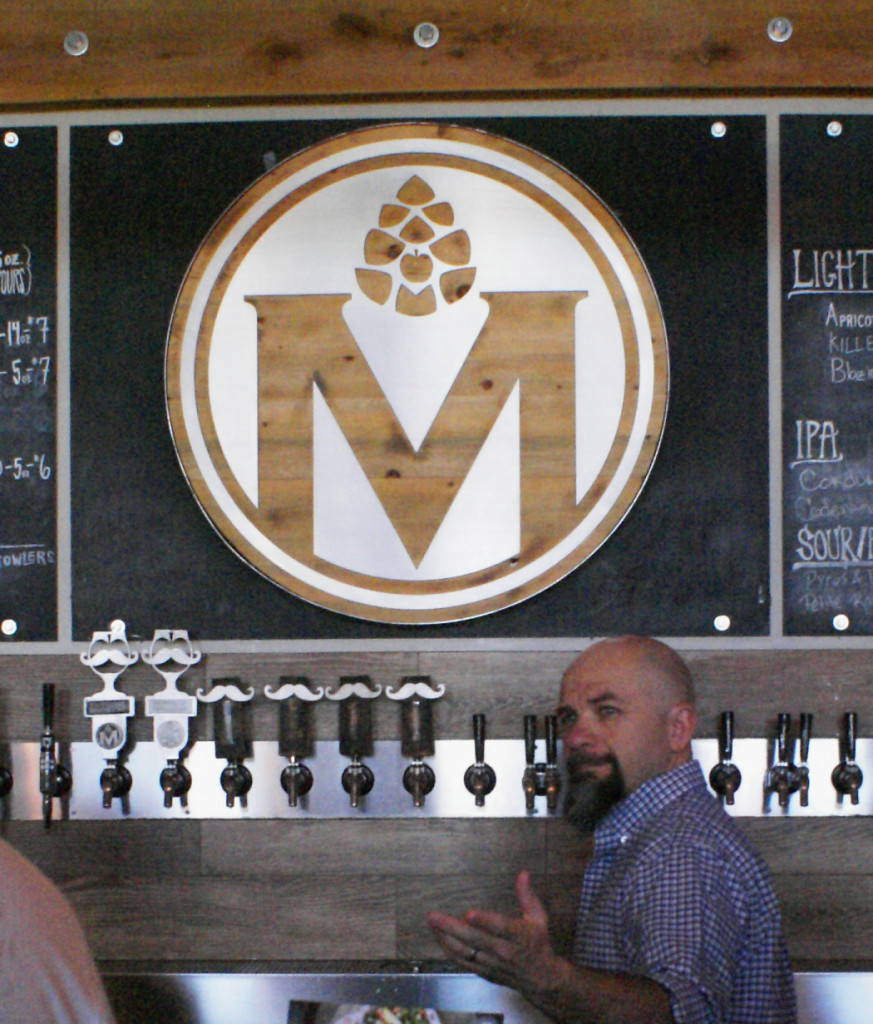 Looking to the future beyond their fourth anniversary bash, the cidery is looking to expand their distribution: “Our hope is to get really big,” Tom told us. They want to take their four seasonal ciders, which have included the likes of Apple Pie and Salted Mango, up to ten, and they’re making moves to up their production capacity from 500 to 5,000 gallons a month. All this in the hopes that their ciders will soon occupy taps all the way “up and down the front range.” From Fort Collins to Colorado Springs, The Old Mine wants to “really show what apples can do, what apples can be.” From where we stand, what they can do is dress up a beloved childhood experience to make it gorgeous, elegant, and satisfyingly boozy.