Heralded as “Hope for the Future” according to one Erie facebook denizen, results for the 2018 Erie municipal elections returned a stunning defeat to oil & gas interests. More importantly, results showed were from, and for, a town invested in integrity and reigning in outsized electoral influence by monied interests. False allegations of bias earlier reported by Yellow Scene aided in the defeat. In a validation of Yellow Scene coverage and predictions, all four of the candidates endorsed by our editorial team – Jennifer Carroll for Mayor, Adam Haid, Bill Gippe, and Christiann Van Woudenberg for Trustee – were victorious. Ballot issue 3A, a funding proposal for a new city hall, failed, while 3B, sale of land parcel to support the expansion, passed.

As of press time, neither Dan Woog’s official Facebook nor official campaign website had posted concession or congratulations to Jennifer Carroll. 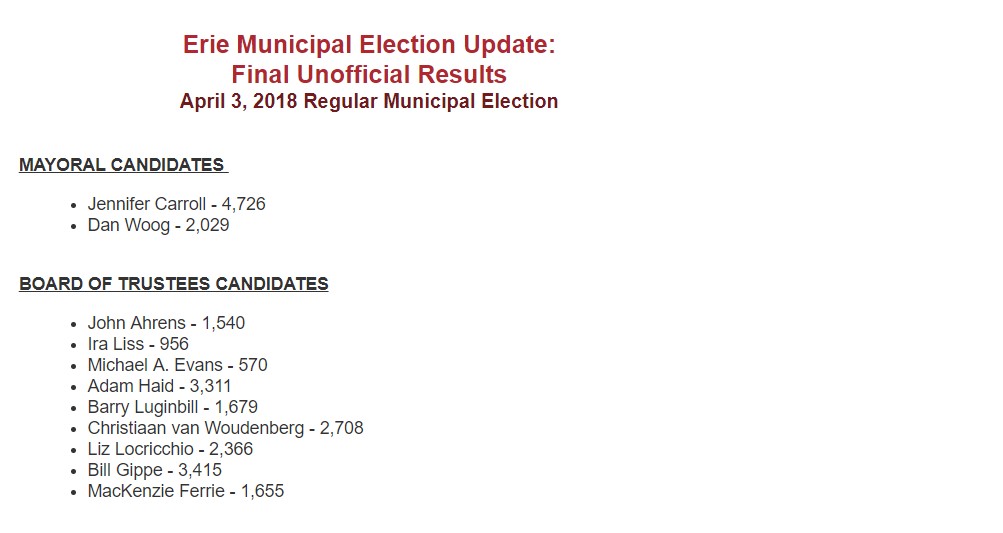 For more information contact the Town of Erie Clerk’s Office at 303-926-2730 or townclerk@erieco.gov.

We will update this article should any unanticipated changes to electoral outcomes develop.