Welcome to Boulder County (BOCO, if you’re local). We’re so green we might as well be raising Keebler elves in our gardens. This is the kind of community that recycles, upcycles, bi-cycles, and occasionally mono-cycles. Admit it, we’ve all seen it. We’re yogis and meditators and generally pretty chill about things. We protected massive amounts of open space over 50 years ago in a monumental feat of land preservation that other states continue to model land protections on. But are we as green as we think we are?

What grade should we get for our economy, housing options, commercial development, technology, transportation, and open space? Being green is not just about the grass, or the weed. We’re giving ourselves a report card.

We see ourselves as pretty much on point. We are “arrived”, conscious eco-citizens with a sense of the earth and the compost bin to match. But is BOCO really all that and a bag of pesticide free plant food? WalletHub’s report on the 100 greenest cities (2017) had only two Colorado cities listed as greenest: Denver and Aurora, with scores of 50.28 and 49.88, respectively, out of 100. Boulder wasn’t on the list. Should we dismiss it? Well, probably not. But we can add some context: “WalletHub’s analysts compared the 100 largest cities across 22 key “green” indicators,” meaning neither Boulder nor Boulder County counted.

Keeping in mind that we’re not scientist, but using data provided by scientists and environmental researchers, coupled with information provided through the Boulder County Green Media Kit portal and local experts, these are our findings.

While this speaks a lot to Boulder proper, Boulder County lags far behind. In an area depending on many old forms of business, and overall Oil and Gas concerns dominating the region, we feel we have a bit of a way to go.

Boulder is full of shops that support a healthy, active lifestyle. The Pearl Street Mall has solar Wi-Fi and most of the shops are wind-powered. Six “Hill” restaurants are already reaping the rewards of composting all food waste, service containers and utensils. The Boulder Farmers Market was ranked #6 in the “Top 10 Farmers Markets” by EatingWell magazine in August 2007. The outdoor market is the largest in the state.

We’re one of the healthiest states. BOCO is the “garden of good”, the Silicon Valley of Green Products, for a reason. We’ll take those high marks.

The world’s first carbon neutral soccer team is based in Boulder. The city of Boulder is committed to promoting goodwill and mutual respect among its various communities and condemns racism, bigotry, harassment and discrimination. The city is committed to developing mechanisms that ensure rapid response to bias motivated incidents, as well as ongoing effective engagement with community groups. In 2006, the Boulder City Council approved funding for an anti-bias hotline and the creation of an anti-bias policy.

Beginning in 1976, Boulder was one of the first communities in the country to have curbside recycling. In 1989, the city instituted the Trash Tax and took over the program, making it city-wide and expanding the types of recyclable materials collected. The trash tax funding helped expand the program into commercial recycling and hard-to-recycle material collection services. Eco-Cycle’s “Zero Waste” programs have expanded internationally, where they use Boulder as a model for other communities to follow. Additionally, the whole region prides itself on fighting back against carbon footprints, oil and gas, and negative energy. We build trails everywhere. 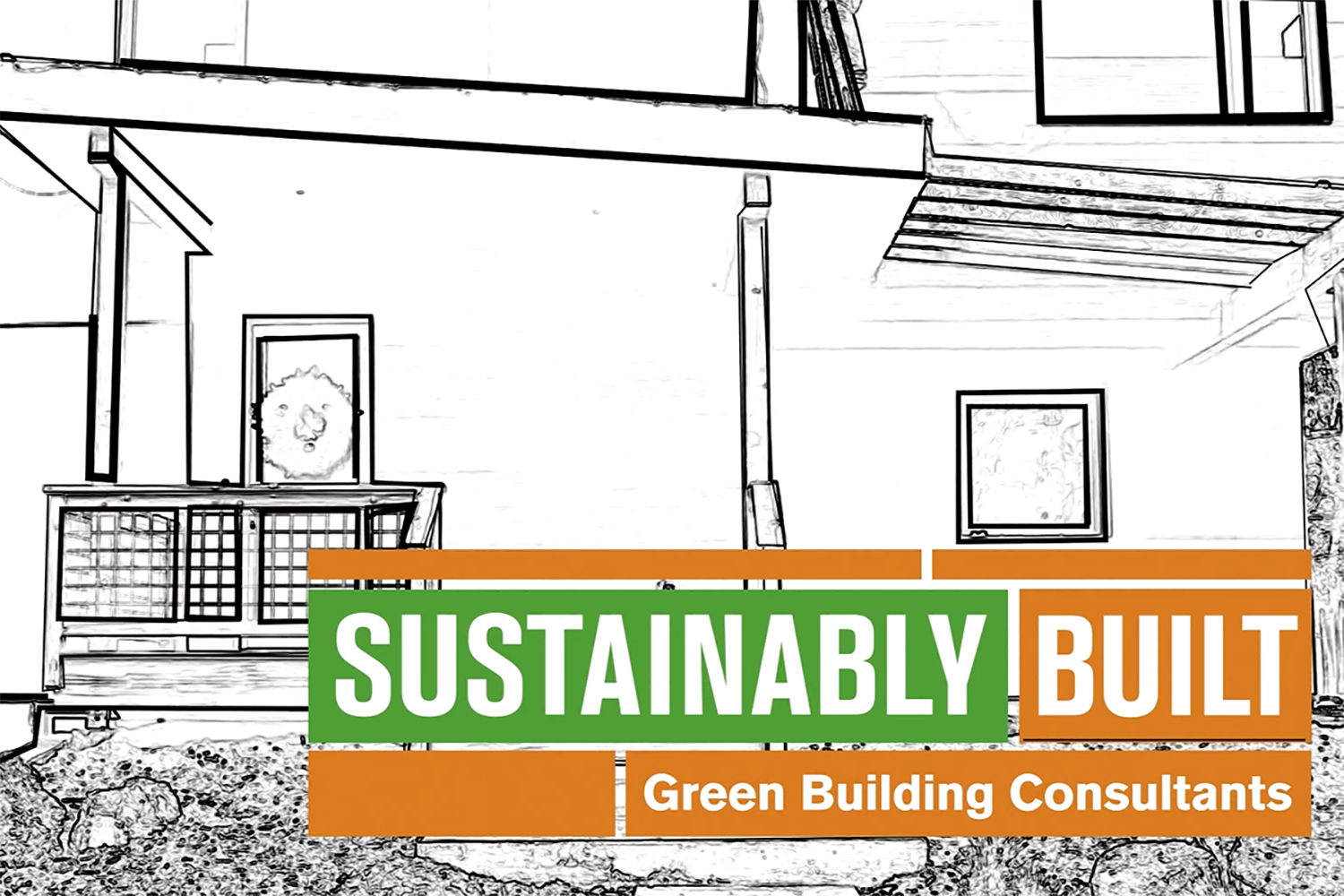 With all of these incredible options for BOCO to build better, greener, and safer, we love living here. This is what home should be. High Marks.

n 1996, the city of Boulder was the first municipality in the country to mandate a residential green code. The purpose of the city’s Green Points Building program is to help homeowners find the products and designs for building “green”; encourage Boulder homeowners to include cost-effective and sustainable remodeling and building methods that conserve fossil fuels, water and other natural resources; promote the recycling of construction materials and reduce solid waste; and promote better indoor air quality.

With all this info, it’s easy to see why we get an A+. We’re killing it. The whole world looks in our direction for green tech hints.

Boulder scientists from the University of Colorado’s Cooperative Institute for Research in Environmental Sciences (CIRES) and National Snow and Ice Data Center (NSIDC) also received the 2007 Nobel Peace Prize. Boulder scientist Susan Solomon of NOAA’s Earth System Research Laboratory co-chaired the latest scientific assessment of the Intergovernmental Panel on Climate Change (IPCC). Solomon was invited to Sweden to receive the 2007 Nobel Peace Prize, awarded to the panel and to former vice president Al Gore. Three physicists at the National Institute of Standards and Technology (NIST) have won the Nobel Prize in physics in the past 10 years. Two of them work in Boulder at JILA, a joint institute of NIST and the University of Colorado at Boulder.

If you’ve heard that Arctic Sea ice is shrinking or that Greenland is melting, then you probably heard it from scientists in Boulder. Researchers at the Cooperative Institute for Research in Environmental Sciences (CIRES) are experts in polar climate change, sea level rise, and water and climate policy. They also monitor heat-trapping gases like carbon dioxide and methane, and they explore interactions between air quality, landscape morphology, and Earth’s climate.

Researchers at the National Center for Atmospheric Research (NCAR) use their highly detailed knowledge of the atmosphere to make flying safer and more convenient. NOAA’s Space Weather Prediction Center monitors the Sun and the space between the Sun and Earth 24 hours a day, every day of the year. As part of the National Weather Service, the center is the nation’s official source of space weather alerts and warnings. NREL is the United States’ primary laboratory for renewable energy and energy efficiency research and development. Its areas of expertise are renewable electricity, renewable fuels, integrated energy systems and strategic energy analysis. 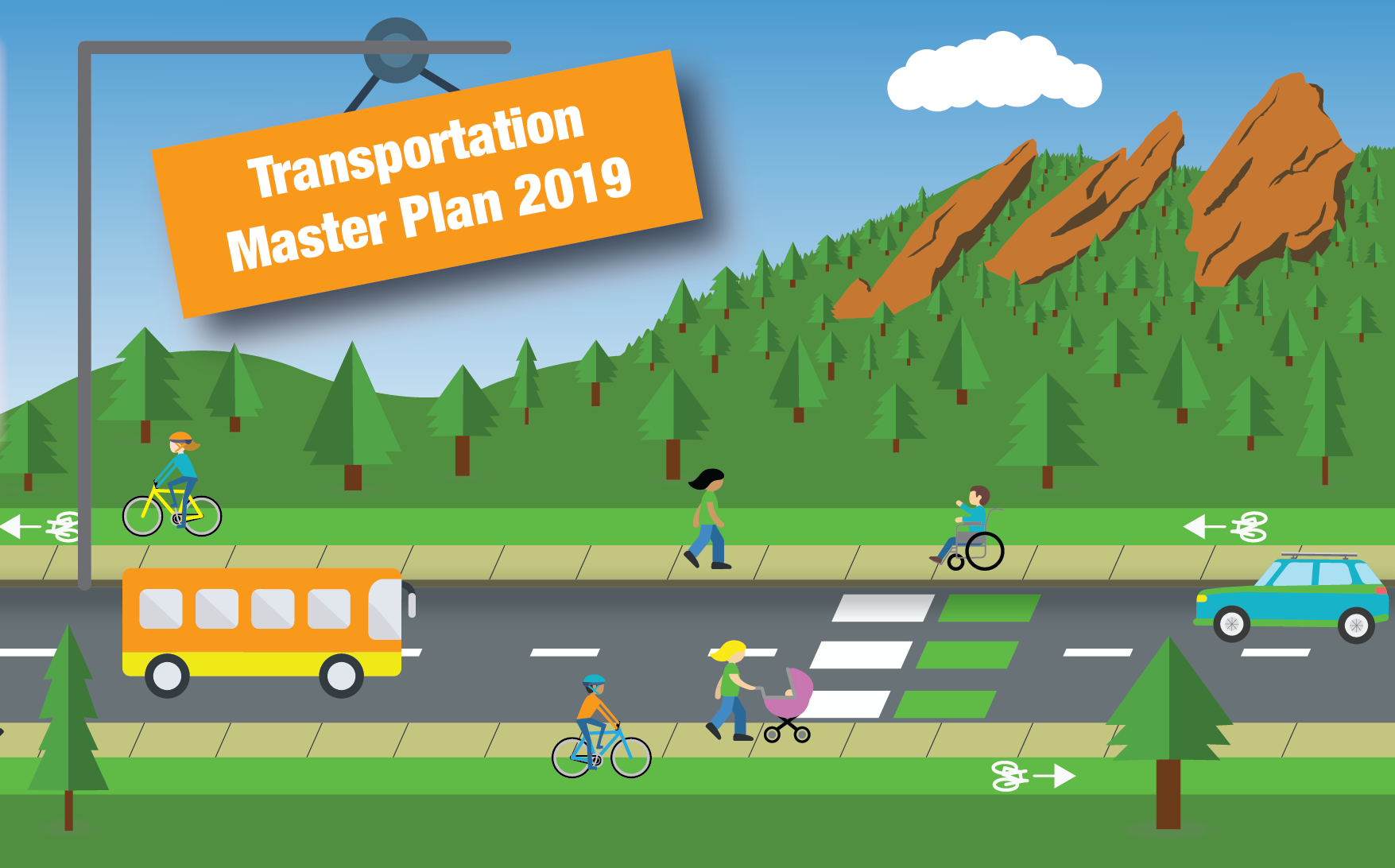 Compared to many places, this is the ideal of green transportation. For advanced green economies, for what Boulder County can (and should) do, we’re not riding a green bus. Instead, we’re cruising in a struggle bus. Time to step it up.

GO Boulder (Great Options in Transportation for Boulder) strives to develop innovative transportation programs, ongoing education and outreach to the community, and a sustainable transportation system that supports it. Today, there are seven buses in the Community Transit Network -JUMP, HOP, SKIP, LEAP, BOUND, DASH, BOLT, and STAMPEDE. The city fleet currently has 193 alternate fuel vehicles and equipment. The city continues to actively pursue the acquisition of alternatively fueled vehicles and the use of alternative fuels in support of the City Council’s environmental sustainability goal. Following a successful pilot project that evaluated the use of B20 (20 percent biodiesel and 80 percent diesel fuel), the city installed a 6,000 gallon tank for city vehicles at the City Yards. And….that’s all folks.

We struggle with our trains and buses (though they are getting better and we do have green buses in circulation. We contract to reach a few far out places, but overall we’re car country. Sure, the hyperloop is supposed to be coming, but that’s far off and will probably serve a very limited, specific clientele (who’s planning to live in Pueblo and commute to Denver?).

Given the fact that we’re also outdoorsy and love mountains and get snow, our cars tend to be SUV’s and trucks. Even those who bicycle are few and far between compared to the general population, and while that’s changing significantly, we have light years to go. 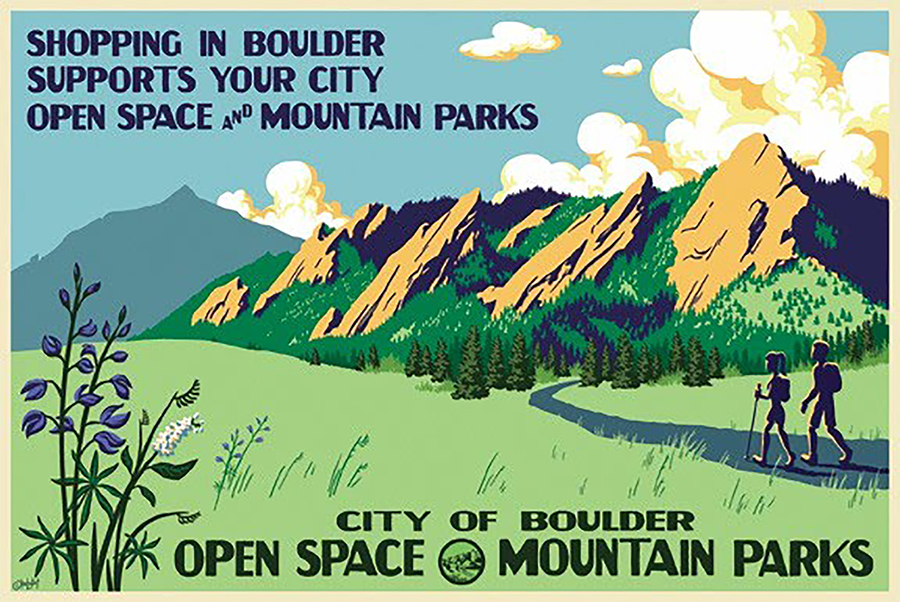 The fact is, we have a lot to be proud of. From Chautauqua to the Open Space movement to our trails to our growth strategies, but we’re selling the backyard while sipping organic fair trade kombucha in the front. We’ve got to do better or our grade is going to slip.

Boulder residents enjoy over 43,000 acres of open space land in and around the city. Boulder’s Open Space and Mountain Parks program is the product of a long history of actions taken by the city government and the people in response to their concern for the preservation of buffer areas and the mountain backdrop. In 1967, Boulder voters made history by approving a sales tax specifically to buy, manage and maintain open space; the first time residents in any U.S. city had voted to tax themselves specifically for open space. Today, the county owns or oversees almost 89,000 acres of open space. City of Boulder Open Space and Mountain Parks has 130 miles of trails used by walkers, hikers, bicyclists, horseback riders, dog walkers and other passive recreational uses, such as nature study and photography.

The Boulder City Council adopted a goal to reduce greenhouse gas emissions in 2002 and in 2006 adopted the Climate Action Plan (CAP) and CAP tax to fund implementation. The tax is sometimes referred to as the carbon tax, and its passage by Boulder voters garnered global recognition, as Boulder was the first city to enact a carbon tax to address climate change. Look, it’s a great big, beautiful world out there. It’s not all sunshine and carbon-free rainbows, ok? Take a look at fracking maps in our community. Look up all the explosions and leaks in Colorado over the last decade. Pay attention to the community efforts to stand up to oil and gas concerns.