Quest for the Governor’s Desk, Part III: Johnston vs. Robinson

*These interviews have been edited for length and clarity. 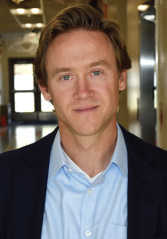 I am a Colorado kid. I grew up in the Western Slope. I went into being a public school teacher. I started in one of the poorest counties in Mississippi and I came back and was a school principal here of three different schools, last of which served mostly immigrant families. We went from a 50% dropout rate to the first public high school in CO history where 100% of seniors graduated. 100% of those kids were admitted to four year colleges; about half were undocumented and wouldn’t be able to go to college because of out-of-state tuition. That was what fired me up to get into politics. I worked for Obama and then ran for the state senate. I spent 7 years in the state senate, among which was an effort to pass the bill to allow dreamers in-state tuition. I’m the only candidate in this race who has the ability to take on the hardest problems [and] build coalitions of people [to] have enough momentum to be able to get things done. I’m running for governor because there are a lot of big problems to solve right now, and it’s going to take someone who can build broad coalitions to solve ’em.

Two challenges are prices of housing and congestion. [Transpo]: we ask voters for additional revenue. Solve by investing and thinking differently about how we move people. [Then] we increase the stock of affordable housing. Use the asset the state has, land: public-private partnerships. You say, ‘We’ll lease you this land for 50 years, under the agreement that you’re going to rent-control these units for 50 years.’

We have some of the highest premiums, disproportionately in the Western Slope and Eastern Plains. I propose: 1. A public option to buy into Medicaid. Expand CHIP, to include the undocumented. 2. More providers to rural areas, which means both recruiting … through incentives. Bring more insurance providers. So, a public option for Medicaid, provide more competition, expand CHIP, and then also Price Transparency.

It’s the CO Paradox. We have one of the most educated workforces yet [we’re] the worst state to live in if you’re a Black or Brown kid and you want to graduate college. The biggest college achievement gap is CO.  That is both a funding issue and it’s where funds go: making sure we have full-day K & Pre-K for every kid; summer school [&] after school program[s]. It means getting more dollars to districts that need support.

I was in the state senate when the Aurora shooting happened. I said, ‘I’m not afraid of the NRA, I’m afraid of going to a lot more funerals for 14-year-olds.’ We’ve gotta do more. The bump stock ban, gun violence restraining orders, close the Boyfriend Loophole. I don’t support arming teachers. [Re] police on campuses, campuses have to figure out for themselves. I think police violence is an issue to confront.

First set a long-term vision for where the state’s going. Colorado should be the first state to get to 100% renewable energy. Short-term, protect public safety. There are places you ought never to be able to drill; places that are environmentally sensitive, ecologically unstable, and next to people’s homes or schools. You gotta plug  unplugged wells, abandon wells, and push back setbacks state-wide.

Criminal justice is one of the areas where you can come out with big ideas and save hundreds of millions of dollars. Wean the state off of private prisons. Stop criminalizing poverty. Bail reform. Stop criminalizing addiction. [Money saved] you can spend on putting people to work when they come out of prison, making sure they get job training and skills.  Early intervention. Abolish the death penalty.

There are ways [we] should be a sanctuary state [&] ways we shouldn’t. We should for all the minimal charges any of us pick up along the day — busted tail lights, whatever. The small number of circumstances where you have someone who’s committed murder, [etc], I think we say, ‘Ok, you are a danger to yourself and to the community.’ We look at our chances of prosecution and federal immigration’s response. 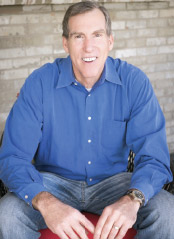 I am a business and community leader, who has been successful in the private sector, and seen issues and rather than look to government for a solution, have stepped up on my own to try to solve problems. I started with Kids’ Tech; we were mostly financing and helping to grow technology companies.  I saw that there were a lot of kids that did not have access to technology at home and were falling behind, and weren’t getting ready for the jobs of the future. So I saw that another issue [was] marijuana. Hickenlooper put together a task force of 25 people and it was clear at that first meeting, the rules were all around the growth of the business, the last priority was protecting kids and public safety.  We started a non-profit in our living room that has become the point of the spear at protecting kids and public safety. It’s called Smart Colorado. And we’ve been responsible for over 16 pieces of legislation that have protected families and kids. So these things have, along with my successful business career, prepared me, I believe, to lead this state and build our vibrant future.

I see technology as a real way for us to create those higher paying, more opportunity type jobs. What do we need to do to make that happen? Three things. One, we have to do better at integrating our schools with the job creators [&] more vocational and technical training. Two, we have to invest in our infrastructure. Roads, water storage, broadband. And three, we need to bring more capital to Colorado.

I’ve given up on Washington. First, require price transparency and reduce federal oversight. Second, more innovation and technology. There are models that are working. We keep Medicaid and Medicare, but do a better job reducing costs. Look at managed care; you’re going to compete, and the state’s going to give you so many people, and we’re going to pay you so much. Your incentive is to keep them healthy.

[CO education faces] mostly misallocation of resources, but we should spend more too. Over the last 20 years, the growth of kids in schools is up 52%. The growth of administrators is up 85%. The two things that impact kids’ performance the most [are] parental involvement [&] quality of the teacher. We’ll talk about getting qualified teachers, but we need to pay them more. We need more money in the classroom.

Start with the kids: do they have appropriate mental health? Are they involved? Then we harden schools. Give schools choice … whether [to arm staff].  I believe in the 2nd Amendment. We need enhanced background checks. Bumpstocks are a loophole; we shouldn’t have those. Train, empower and entrust officers. They need to be held accountable. When [they break] the law, they go to jail. Most do the right thing.

I am pro O&G [&] pro environment. We have the most regulated O&G industry. I wouldn’t seek to impose new regulations, nor to roll them back. We [don’t] need local control, or to have more restrictive setbacks that take away opportunities from O&G. This is a critical industry for CO. We can also encourage renewables which are going to provide new opportunities and keep our environment safe.

The opiate crisis is a healthcare issue. We have to do better. Limit the amount of pills in a prescription.  Require doctors to check the statewide database. Give doctors a report card. Invest in substance abuse treatment and facilities. Nobody wants to put people in jail. People that break laws should pay the consequences. [It’s] not a good thing that we’re breaking $1B spent on prisons. I’d be open to sensible reforms.

It’s a migration state. We welcome them [but] we need to get control on immigration. We need a barrier, whether a physical wall or patrols. Enforcing immigration laws is important. We need to find a fix for DACA [&] push legal immigration. [RE: sanctuary states]: It’s public safety. Do I want to round up illegals? No! Those that have committed crime […] should be turned over to ICE.