The Underground Music Showcase – #theUMS – returns to Denver’s South Broadway neighborhood on July 26-29 [protip: that’s this weekend, kids]. Will it be the same UMS you remember from years past? In most regards, yes. But first, some history.

One score (minus 3 years) ago, in 2001, Denver Post reporter John Moore brought forth onto our music scene, a new festival, conceived in the underground, and dedicated to the proposition that not all music is created equal but that Denver music is badass. True story (not a true story). The Know reports that this fest “later expanded into a South by Southwest-style festival by pop music critic Ricardo Baca. Over 17 years, it grew from a one-day, locals-only concert into a four-day music festival along South Broadway.” And damn, we’re glad it did.

We had the chance to talk to Tobias Krause (pictured) about his role and the vision for the Underground Music Festival. Here’s what he had to say: 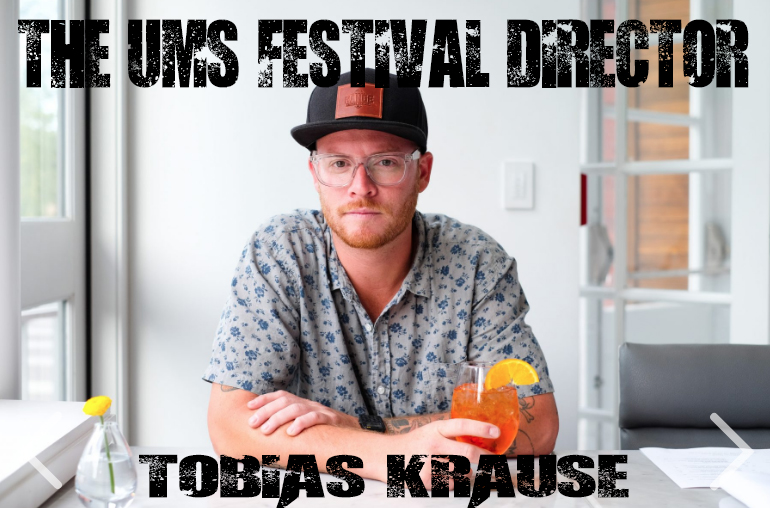 Yellow Scene: Let’s get down to it. We’re all very excited about UMS. So tell us really quick, who you are and what’s your role in what’s happening?

Tobias Krause:  Sure, My name is Tobias, and I’m the event director for the Underground Music Showcase. Last year I was the talent buyer and showcase coordinator for the festival, but that was under the Denver Post Community Foundation (DPCF).

YS: Why did Two Parts decide to buy UMS from the Post?

TS: The opportunity presented itself, when the previous festival director, Kendall Smith, exited the picture. The opportunity was there for someone to come in and take over this thing. I was very adamant about wanting to do this thing with Two Parts, and we weren’t as involved last year as much as we are this year. I somehow managed to convince my bosses to buy this thing.

YS: UMS started in 2001. There were two previous directors, then the one that quit. Was the DPCF shopping it? Just because a director leaves doesn’t mean you sell off a festival. You normally just hire a new one.

TK: With Kendall leaving the picture last year, the Denver Post was looking for something to happen with it. Like I said, there was just an opportunity there. We put this in front of them to see if they wanted to get rid of it, and here we are. No, they weren’t necessarily shopping it around. The previous director kind of saw me as the next event director of this thing and the person to kinda take this thing over and, so, he was very instrumental in making sure Two Parts was able to take over this thing.

YS: Can you give me some background on Two Parts. This organization is everywhere. I’ve been to at least a half dozen of your events this past year.

TK: Yeah…We are an experiential marketing events promotions agency based here in Denver, Colorado. And we do a little bit of everything, as far as festivals, events, and inside the food and beverage space. We do branding, conceptual marketing campaigns, anything around that nature that any sort of client would have, but it’s really kind of rooted and based in experiences and we aim to create unique and memorable lasting impressions on people, kinda surrounding different expereinces. Something that hopefully makes an impact on you that you want to continue going to it every year or check out what else Two Parts is up to in order to stay on the pulse of what’s happening in the city.

YS: What’s up with the name Two Parts?

TK: It’s a little bit left up to the imagination. But we have two founders of the company, Casey and PJ. And they’re both kind of a ying [sic] and yang situation. And a lot of our events serve two different purposes. And so, Two Parts to certain events, as far as that goes. So you could say, UMS is one part music festival, one part craft experience. Where you’re gonna have a fantastic cocktail program, an amazing beverage partner in Oskar Blues, and everyone else that’s taking place, and also some amazing food inside of there. So it’s a bit of a play on words to the two owners versus everything that we do.

YS: Two Parts is known for doing vibrant events. There’s a bit of oomph, a bit of flair, in what you all do. In what areas can we expect y’all to step it upfor UMS this year? What’s the vision for UMS moving forward?

TK: It was just to take the foundation that’s really been laid over the last 17 years of an experiential music festival, and a discovery festival, along the lines of being able to showcase more than 300 bands from in or around the Denver area, and put them on display, and kinda spread throughout a neighborhood. That’s really what the festival was started on and we’re just basically taking that and continuing to grow it. New to the festival this year are four outdoor stages instead of one. One that’s specifically dedicated to comedy. One that’s our big main stage where you can expect all your standard haunts. And then we’ve got an Imagination area as well a Sesh area. The Imagination one will be left up to your imagination as far as what to experience there. It’s a little bit on the artsy side of electronic music and tons of live painting and art installations, and things of that nature. While the Sesh area has basically a beer festival inside of it throughout the entire weekend, which is cool.

YS: Last year when I was live tweeting for the magazine, I walked into Mutiny Information Cafe and they were having an anti-UMS party. The Hot Apostles were playing. They were saying, you know, “F*** UMS”. I guess… locals can feel steamrolled by large events that don’t often take into account all the voices that are in the community, and I was wondering if you had done any extra outreach to those folks or heard back from them in the planning for this year?

TK: Absolutely. So, one of my first things as event director of the UMS was to go in and introduce myself to the owners of Mutiny and try to let bygones be bygones, and leave any sort of hard feelings of what was there in the past, and leave it in the past. Just this past weekend, they hosted their Mile High Parlay, which you so conveniently referred to as a “F*** UMS Fest” and they invited us downt there to be a vendor and sell tickets there on the street. You know, be a part of the community and be a part of the neighborhood. You know, as partners of the neighborhood, I don’t want to be seen as someone that kinda comes in and invades their territory. We work hand in hand with everybody and support one another in every way possible now.

TK: What do you mean by diversity?

YS: Any way you can interpet it. We need different folks involved. For instance, I believe you’re a white male. If it was all white males, then the level of diversity would be zero. If we have women, LGBT folks, people of color involved…who’s in charge of organizing this event?

TK: We have a very diverse team, made up of women, people of color, things of that nature. There’s over 250 people working on this festival, coming up this weekend, made up from all walks of life.

TK: The one I’m most interested in seeing is ALL 354 BANDS.

The lineup for #TheUMS2018 is truly glorious. Yellow Scene loves to check out diversity. #RepresentationMatters. Using the interactive schedule app built into the UMS website, we’ve gone through looking for groups that are fronted by a woman/female-identified person, LGBT person, or person of color… Or groups that are majority those groups. Yes, that’s a hard thing to do just by looking through pictures. You have to check out band bios and ask around. We’re trying, and we have reached out to UMS PR firm, Lexa PR for a list. The important part is that, where Vans Warped Tour gave me a list of five bands that meet that criteria, the UMS website on first glance already has my schedule looking impossible with their serious diversity. And we love that. Check the full lineup out here. 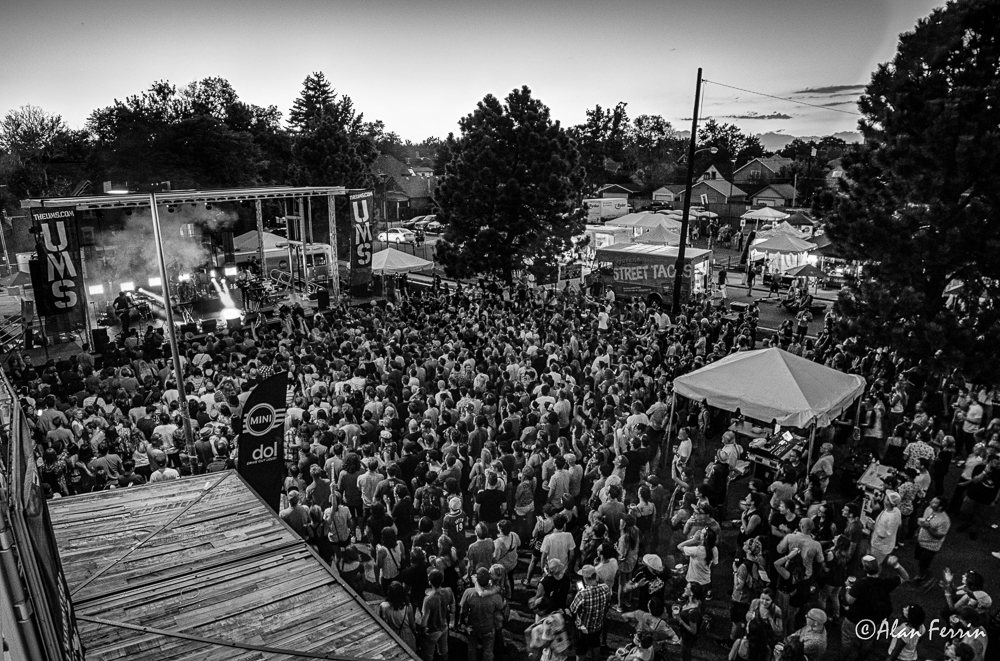