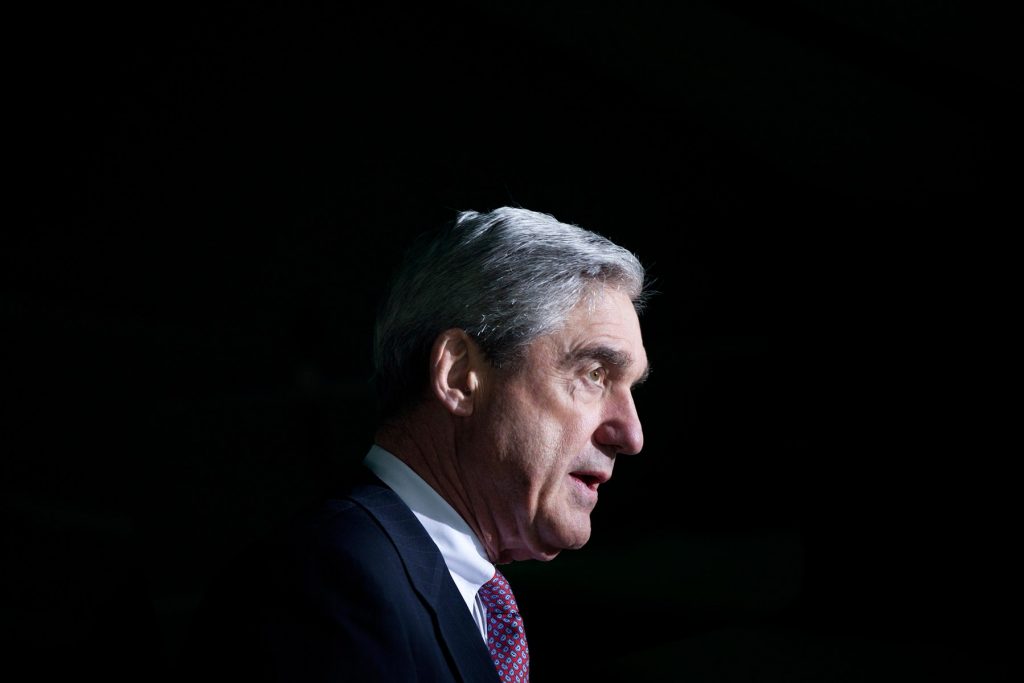 Three years ago, former Director of the Federal Bureau of Investigation and current lightning rod of the Russiagate investigation, Robert Mueller, sat down with Colorado news icon Aaron Harber to have a casual, unscripted conversation. A wide ranging conversation, covering Mueller’s tenure as FBI director, the 9/11 attacks, ethics, and more, this may be the most important interview with Robert Mueller if you want a serious look into the attitude, organizing principles, and practices of the most feared man in Washington D.C.

Ranging from the humorous to the deeply stoic, Mueller’s conversation with Harber is a clear look at the man at the head of the most important investigation since Watergate. Watergate, it should be noted, was investigated by a senate select committee, with Sam Ervin named chairman. Mueller is an American attorney who served as the sixth Director of the Federal Bureau of Investigation, from 2001 to 2013. A conservative Republican, he was appointed by President George W. Bush; President Barack Obama gave his original ten-year term a two-year extension, making him the longest-serving FBI Director since J. Edgar Hoover [and firmly cementing his place as a bipartisan appointee]. He is currently head of the Special Counsel investigation of Russian interference in the 2016 United States elections and related matters, according to Wikipedia.

Kent Harrington – a former senior CIA analyst who served as National Intelligence Officer for East Asia, Chief of Station in Asia and the CIA’s Director of Public Affairs – wrote in mediavillage.com that, “When Harber recorded their talk, Mueller was a private citizen, not the special counsel investigating Russia’s interference in the 2016 election. Today, Mueller doesn’t give interviews. It isn’t something news producers can do anything about.” Thankfully, we have past interviews to draw upon and this one, a recently released exclusive from the Aaron Harber show, is one of the most expansive interviews with Mueller available.

Given the hush-hush surrounding the current investigation – Mueller has even been critized for not giving enough information and time to subjects to respond and for not taking a backseat to geopolitical movements, like the recent Helsinki Summit – and the longstanding quiet surrounding Muller during his 12 year FBI career, these few, brief conversations are important in understanding the mindset, intelligence, perspective, and skills of the man tasked with untangling the Russian interference conspiracy and determining whether or not there was collusion, and the extent, in addition to catching the American and Russian perpetrators. Anchors like Colorado’s Aaron Harber do a service to journalism and transparency by A. having these conversations, B. allowing for the wide-ranging, unscripted nature of the conversations, and C. making these videos available for publication online.

Take a peek into the mind of Robert Mueller. Laugh at these jokes, listen to the ways he remade the FBI following 9/11, and follow along as he discusses ethics in his work as a top law enforcer. “From his Oval Office anecdotes to admissions of his own management missteps, the three-year-old self-portrait couldn’t be more revealing for anyone who wants to understand the special counsel who is examining Russia’s attack on American democracy and the possible collusion of a presidential campaign. Thanks to Harber, nothing could say more about the man and his qualities than to allow him to describe what forged his actions when he faced an equally daunting challenge almost two decades ago,” Harrington said.

The premiere television broadcast of the Aaron Harber Show special four-part series with Mueller (totaling two hours) on Channel 3 KCDO-TV will conclude on Sunday, July 22nd, with broadcasts at 11:00 am to 12:00 pm and 8:00 pm to 9:00 pm.

For a thorough longform piece on Mueller, “the guy you bring in when the situation is too politically toxic for anyone else,” you can also read this 2017 piece from The Intercept.