Waka Flocka Flame performed a free show at the Ogden Theater, courtesy of Pabst Sound Society on Saturday August 25th. He was joined by Denver local, Just Call Me Carl, and the infamous Junglepussy. Here’s my story.

I’m running a few minutes late, waiting for what felt like an excruciatingly long time in line at security. The young lady in front of me is a bit frazzled. Apparently, she’s one of the back-up singers for the first opener, Just Call Me Carl and they’re already on stage a couple minutes into their performance. I must say, that set the tone for me going in to watch him. I walk in to the sold out show, and there was hardly a crowd at all. Just Call Me Carl is on stage and he delivers the perfect soundtrack to me finding my place in the crowd to watch Waka. My colleague got an interview with him before the show. I had been really looking forward to seeing what went on during the intervie, a feeling compounded by a less than exciting stage performance. While I get that he’s a producer finding his feet as a performer, his personality impressed me far more than his stage time. Turns out, Just Call Me Carl is a really down to earth guy. “Right now, I just want to make some good records. I dj and produce, I travel for about two weeks out of every month.” He’s a true patron of the arts, supporting small artists from all over the countr by allowing them to use his recording space and resources… simply to make Denver a greater city to create in. He launched an independent label at the beginning of this year, called Fasor Records. “We’re working a bunch of different artist, some from here some from New York, Atlanta, Cali, putting out different projects. Beyond with what they’re putting out with their record. That’s what I’ll be working on for the next couple years, along with the Just Carl Me Carl project.” You can find out more about their work on FasorRecords.com

I’m in a great spot, though – top tier, top row, close to the bar where we’re getting free drinks and can watch the crowd’s machinations – to see Junglepussy, whom I’ve never seen before. I had been listening to her all day and from her lyrics I was ready to watch a wildly unique performance. She comes out with gorgeous big hair, one hand on the mic, the other waving above her head, rapping about “Black girl magic”. It takes a couple songs for the crowd to warm up to this underground artist and what she’s putting out. The fearless force behind vocal performance made her stand out. She’s unapologetically herself, in your face, take it or leave it. She’s a proud Black woman, more interested in self-love and getting what she wants on her terms. Dancing and moving across the stage, her vibrant energy was more than contagious as she had the WOC – women of color – in the audience clapping and raising their arms in solidarity. There were more than a few moments where I would put myself into what she was saying. On top of being refreshing, her lyrics are at times funny, taking a back seat to the pressure of staying socially aware. Junglepussy is a natural entertainer, but her performance is directed at those who understand her; she is not and apparently no interest in being a one-size-fits-all type. The perfect kind of opener for Waka Flocka Flame.

Waka Flocka Flame, hilariously cheeky, has a true talent for getting the audience hyped. Pacing the stage, mic in hand, dreads thrashing back and forth as he head banged to his own music, he had the crowd losing it in absolutely no time. The Ogden was, by this time, filled to capacity, the crowd jumping in unison to the beat and the warp speed delivery from Flame. The bass was so intense the floors and the walls vibrated to the rhythm. Waka and his hype man throwing open water bottles into the crowd only made them cheer more, and then – and then – he took a dive in to stand with the crowd, in the crowd, and they loved it. Surfing turned into walking and stopping for selfies, all while rapping one of his most popular songs, Going Hard in the Paint. Everyone kept looking around to each other like, “is this really happening?!” The show was for the fans, with Waka performing all of his most popular songs and, literally, head banging along side fans. The energy was insane. Waka Flocka Flame put on a show for the books.

A special thank you to Pabst Sound Society for being so gracious and covering the cost of tickets for this epic show. PBR Sound Society is “on a 5 city takeover, celebrating freedom in authenticity through emerging music and pioneering art,” according to their web page. Keep up with show announcements, artist lineups and tickets by following @PabstBlueRibbon and #PabstSoundSociety. Future shows include Portland on September 8, Atlanta on October 19, Austin on October 27 and Los Angeles on November 9. We’re officially checking our budget to see if we can hit them all.

Pictures below courtesy of the good folks at Pabst Sound Society. 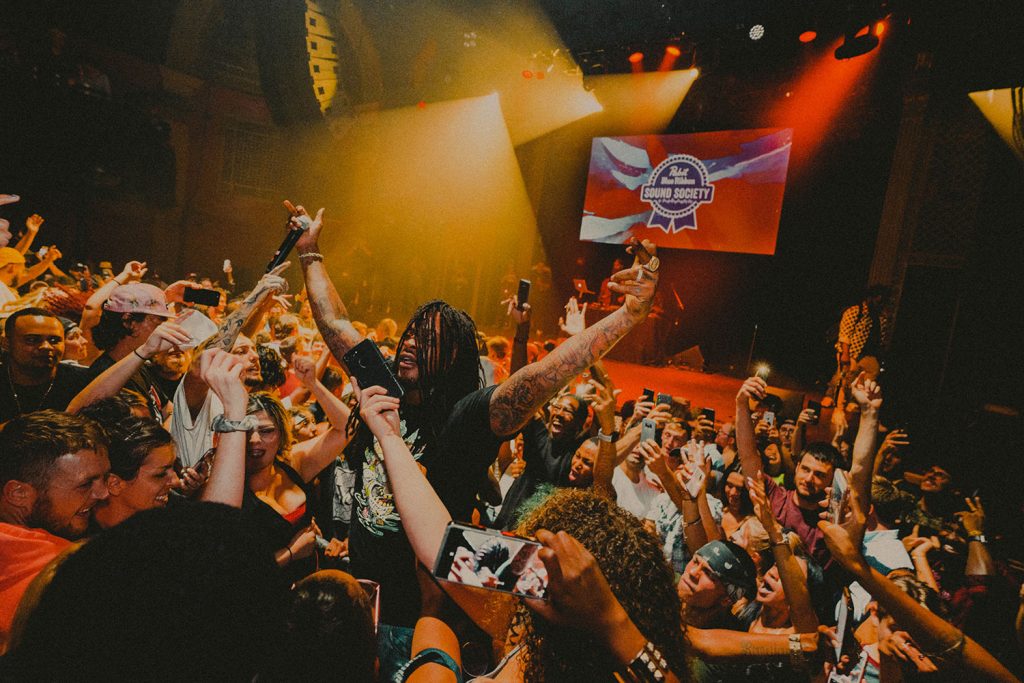 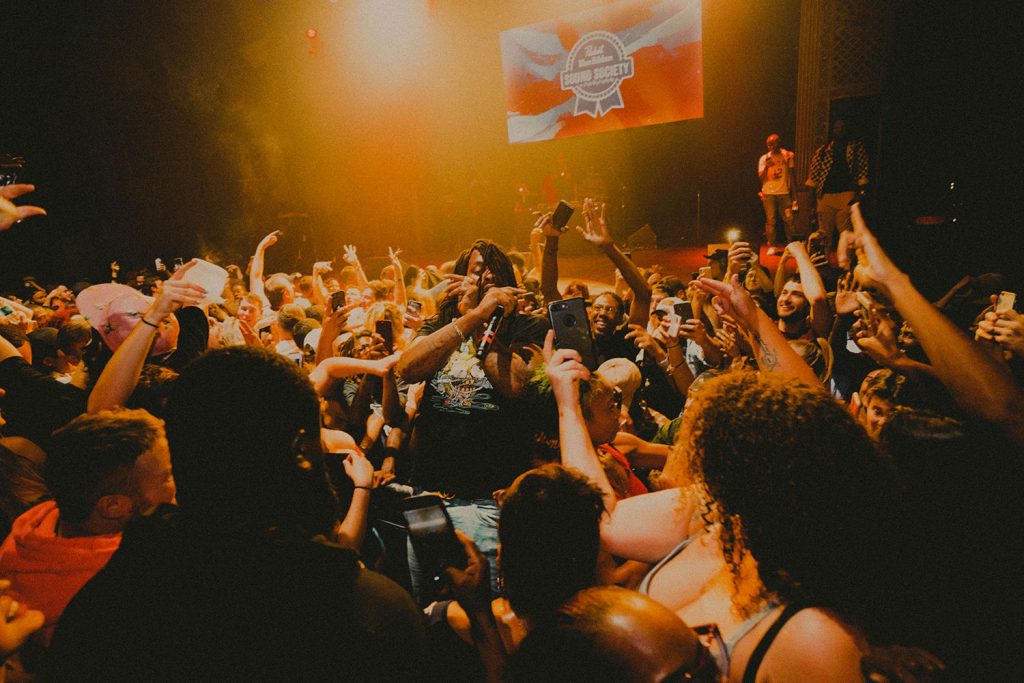 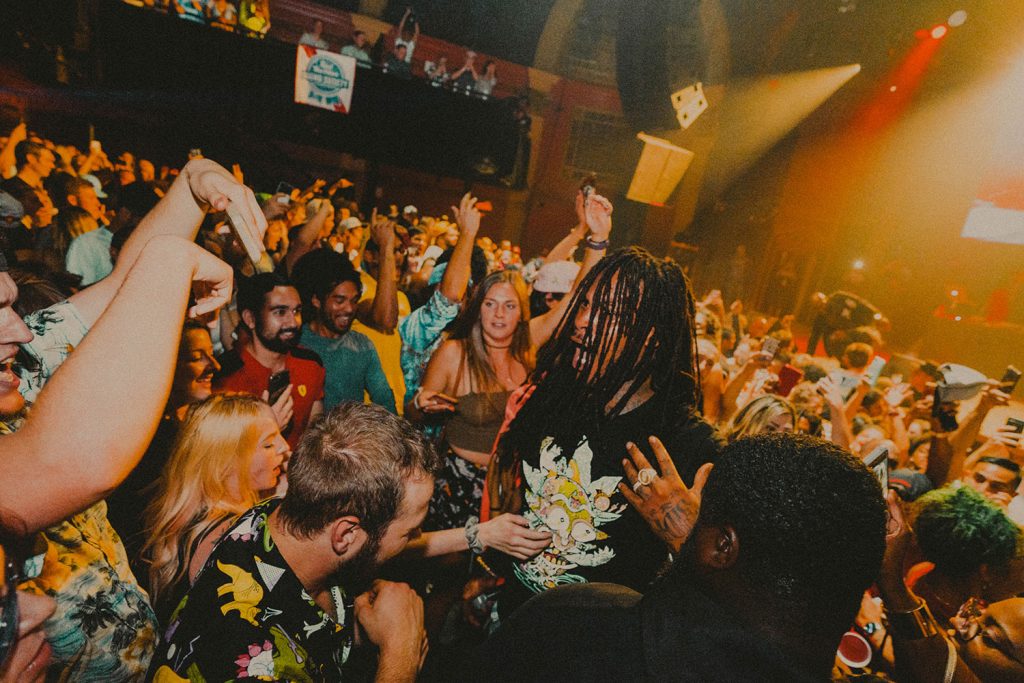 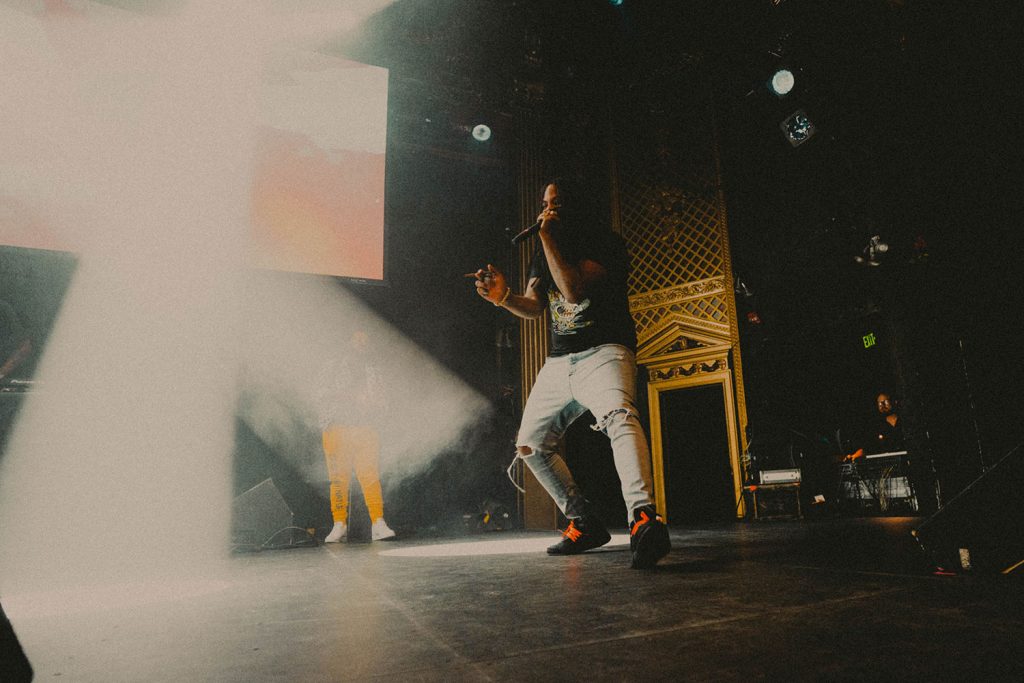 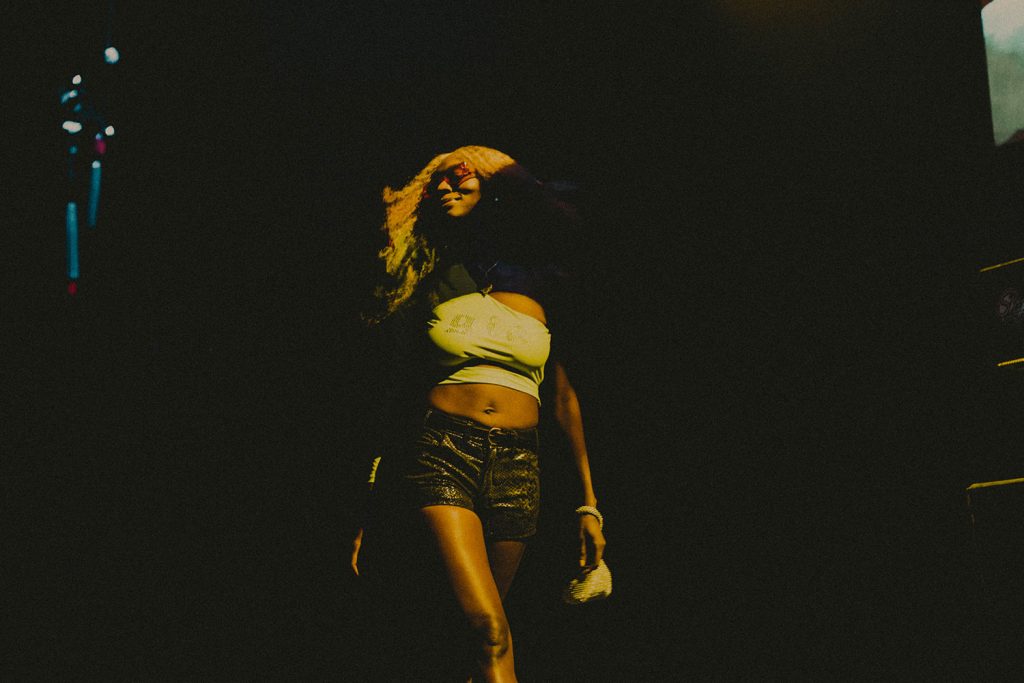 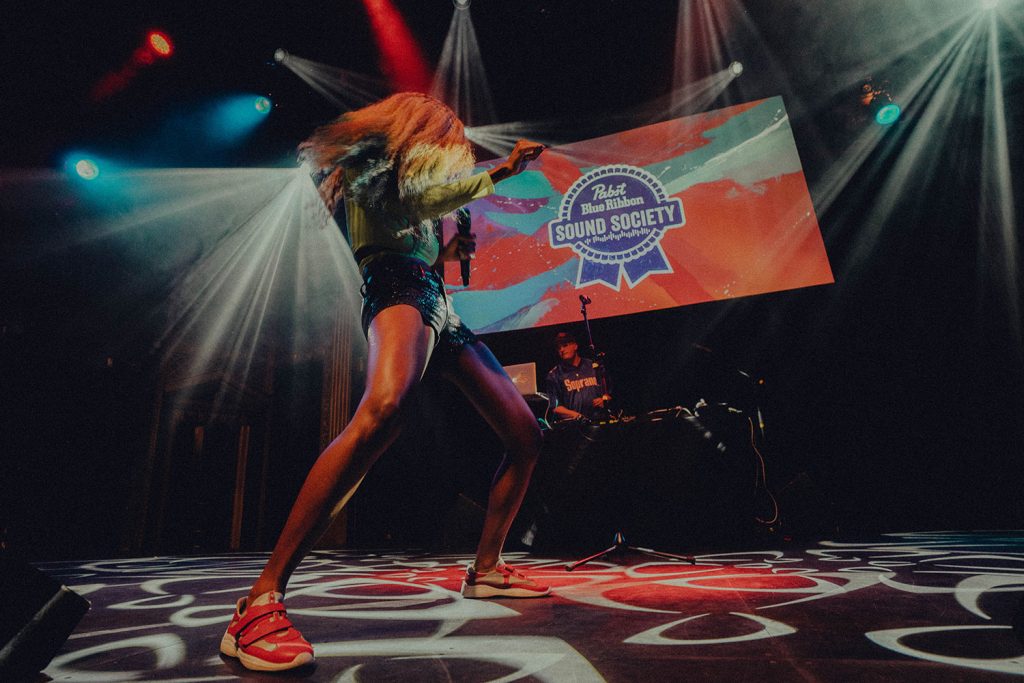 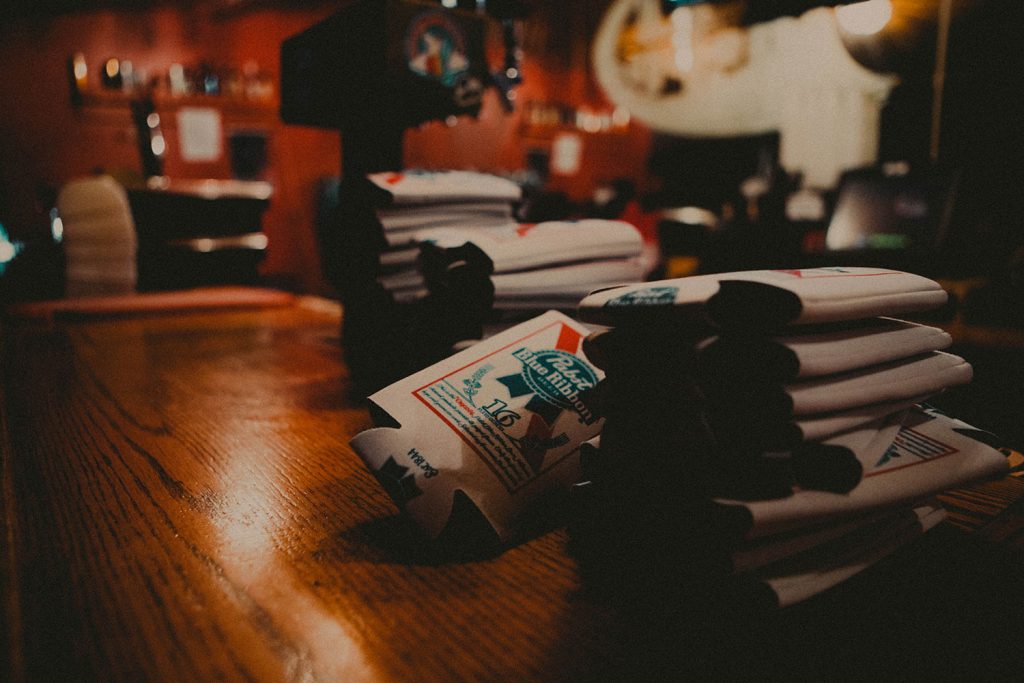 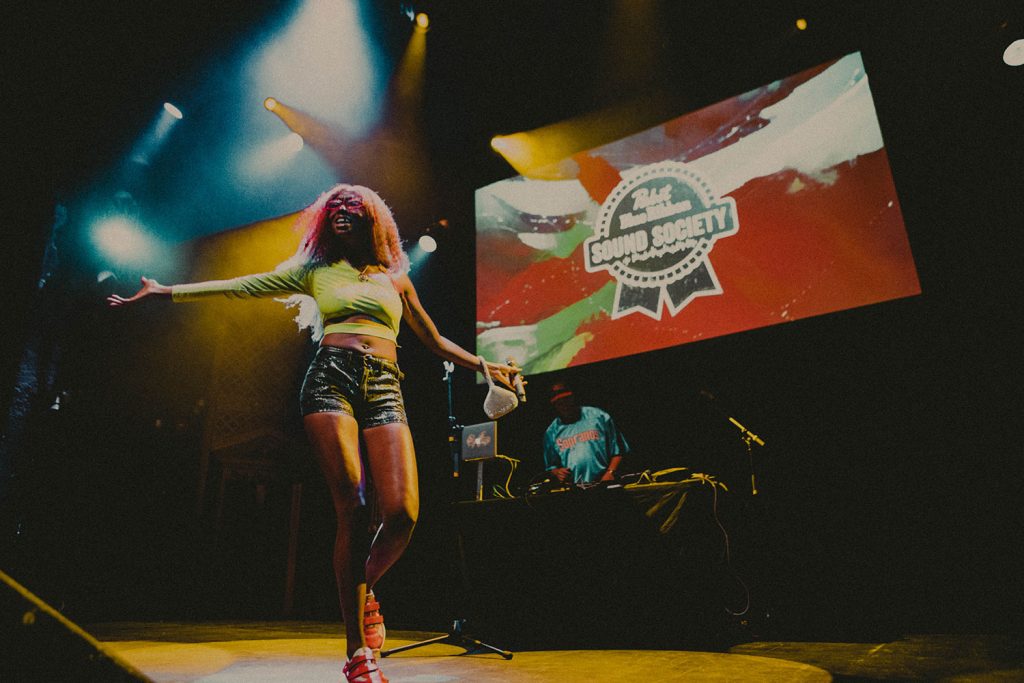 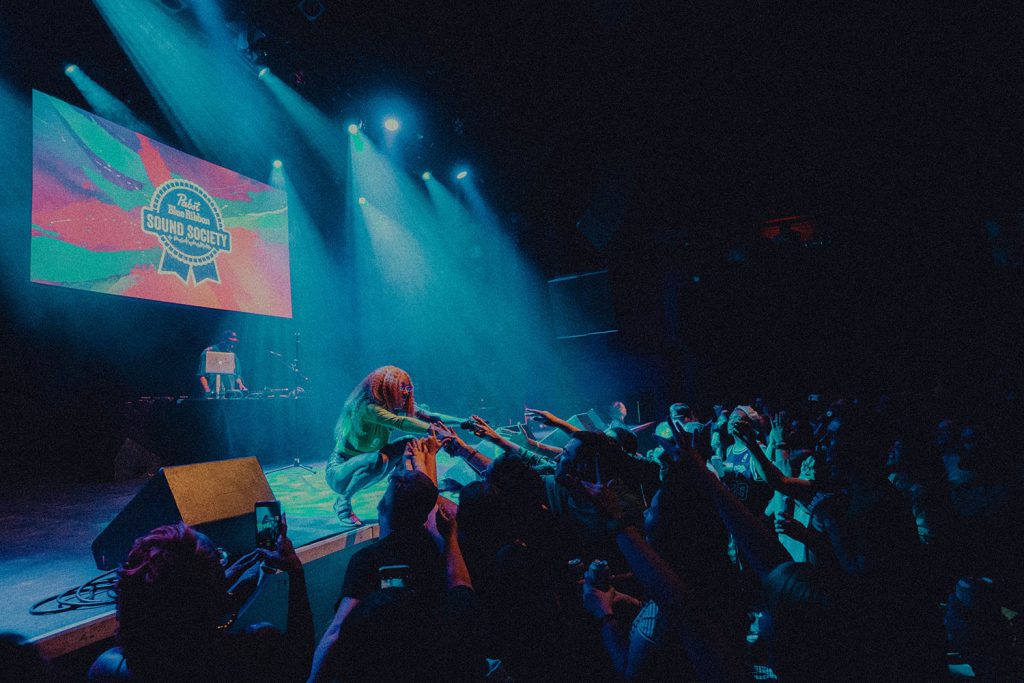 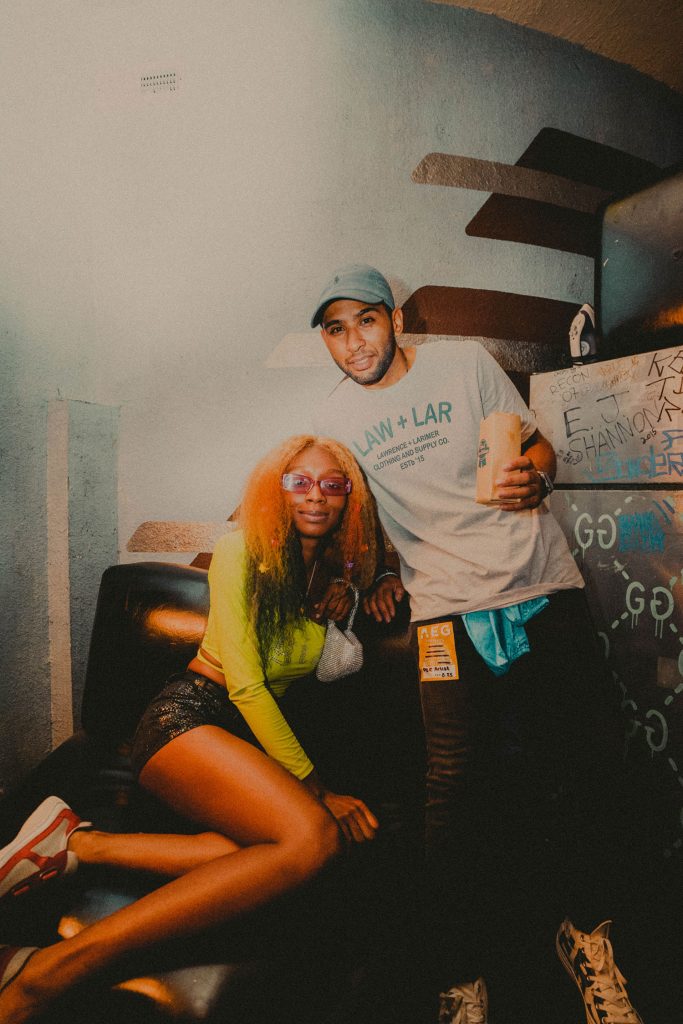 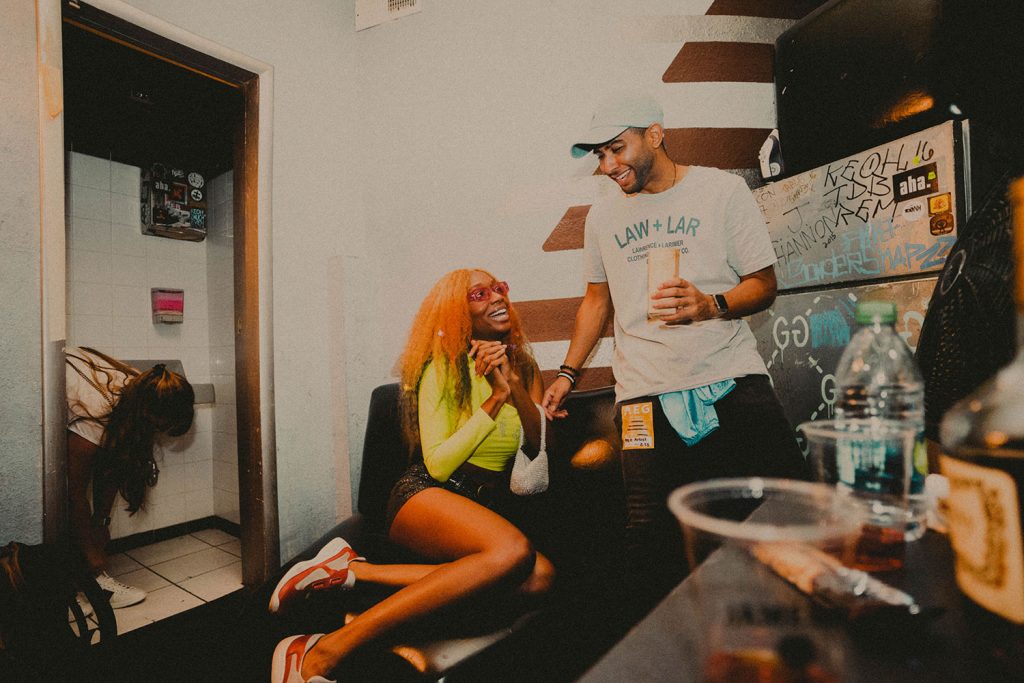 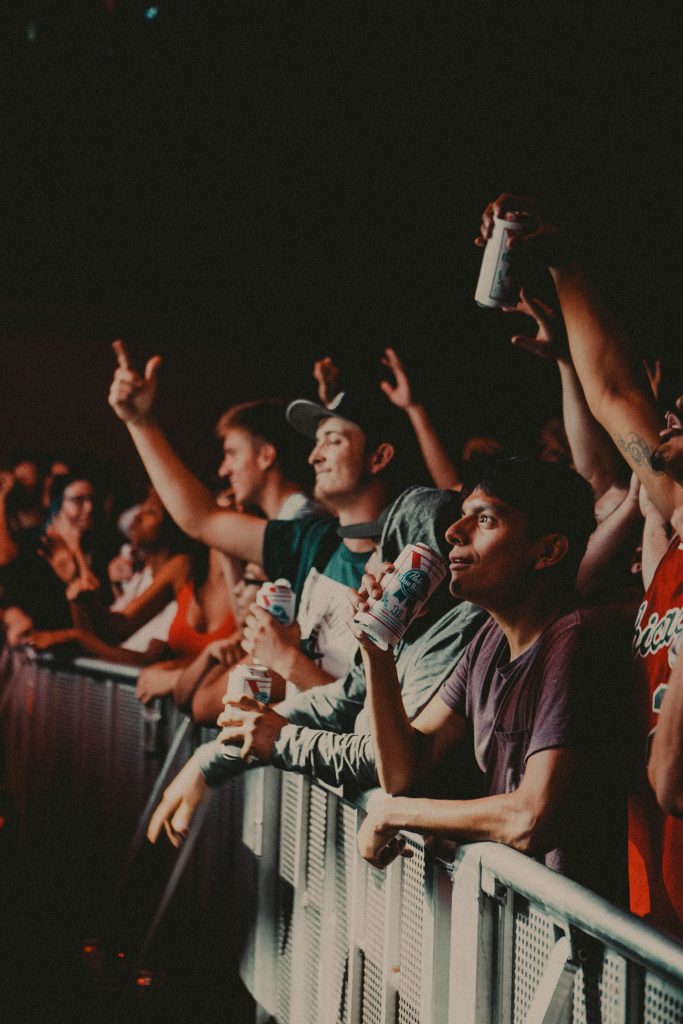 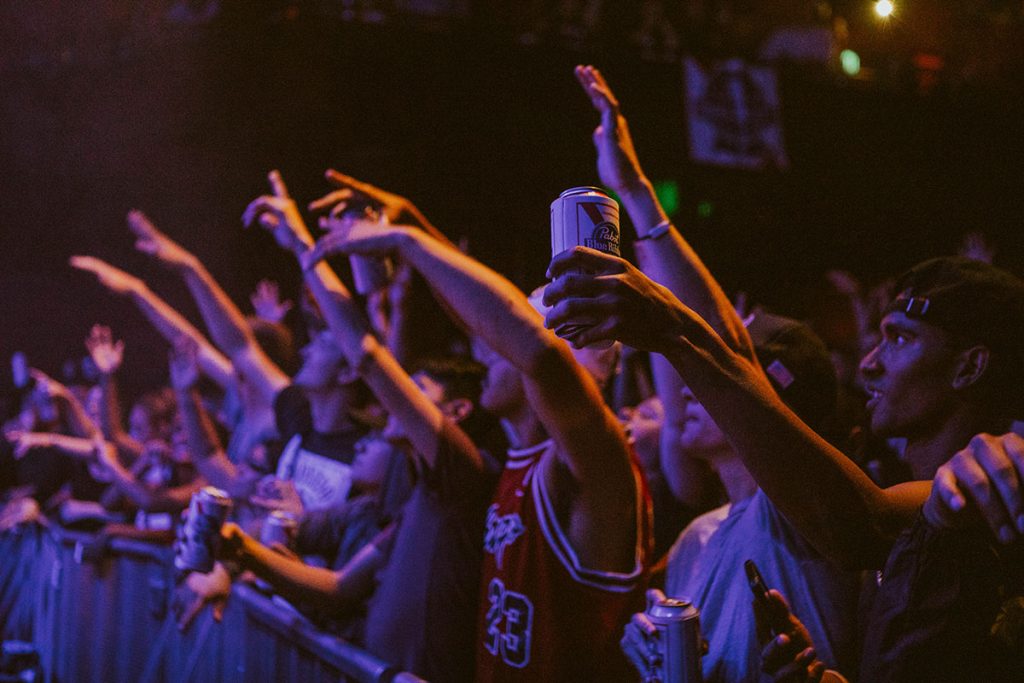 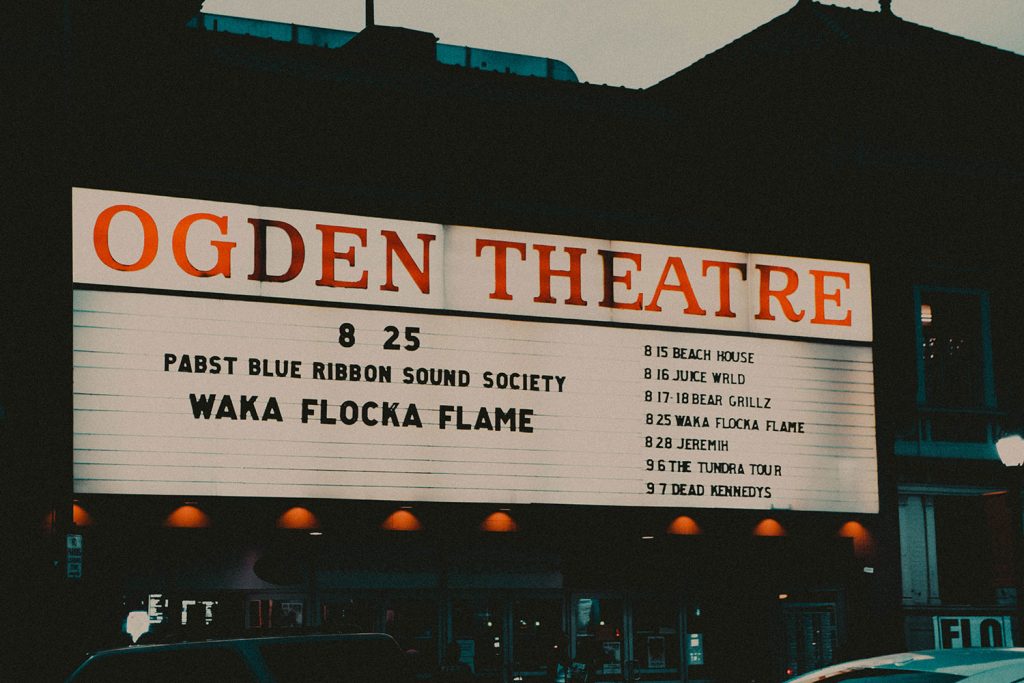 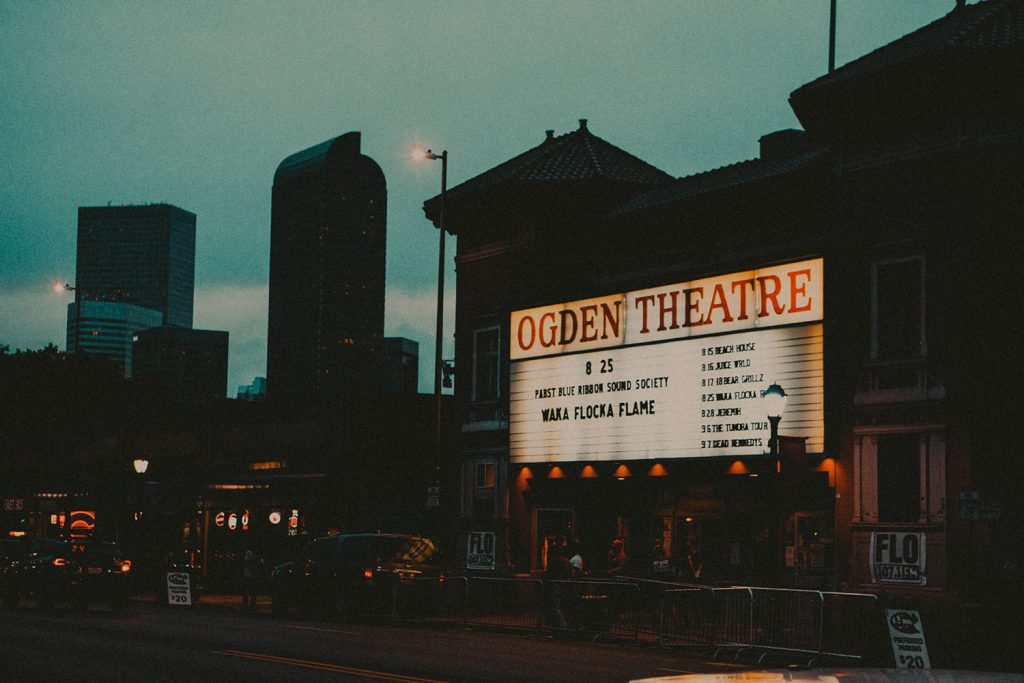 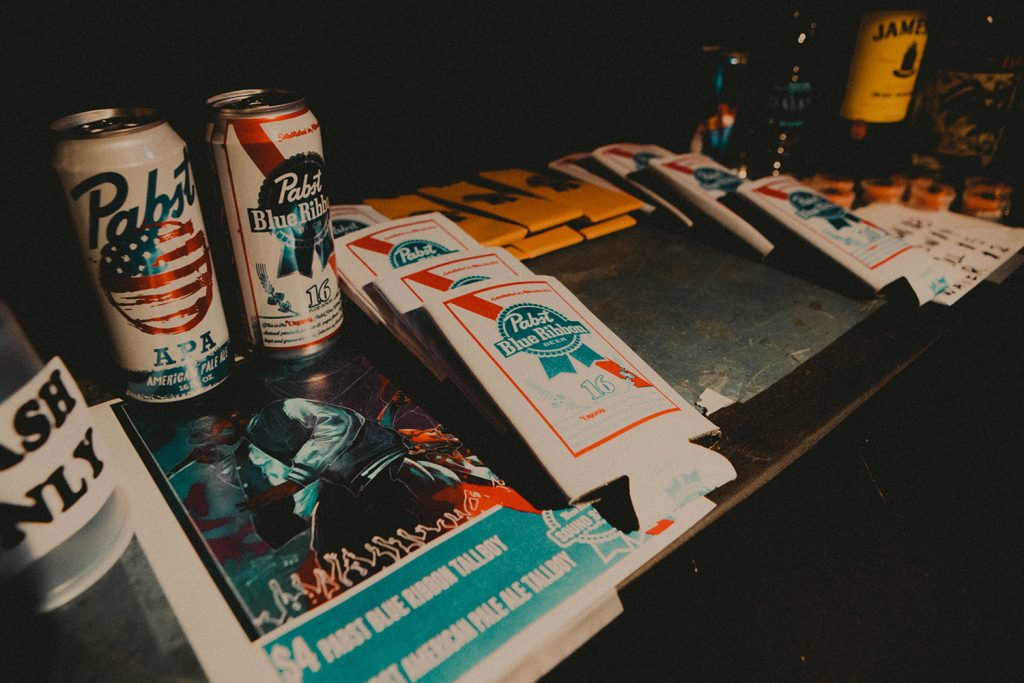 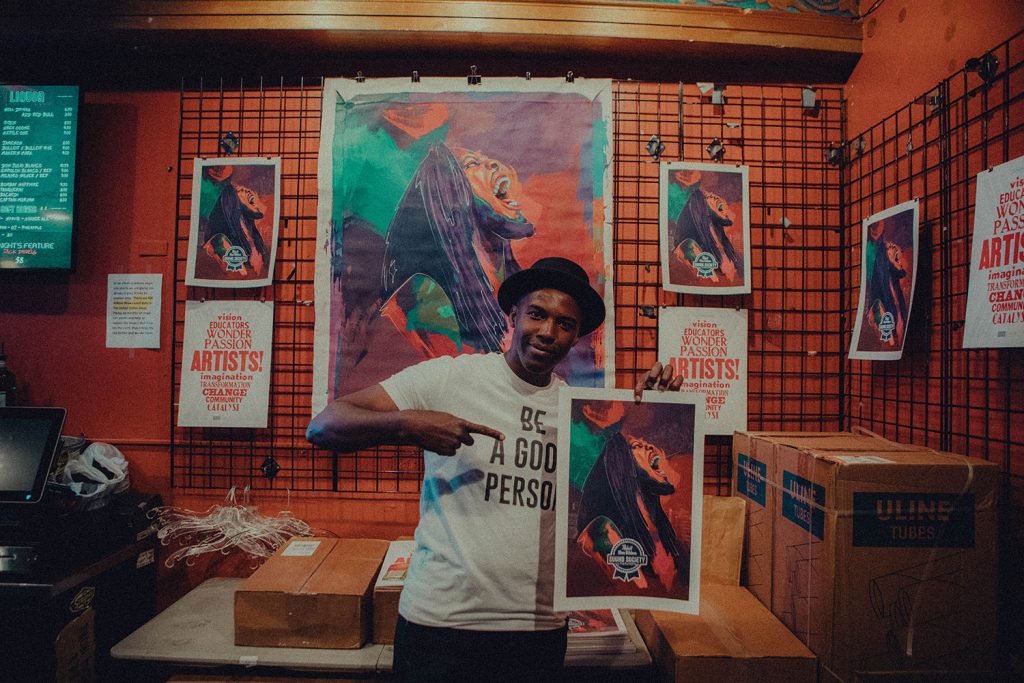 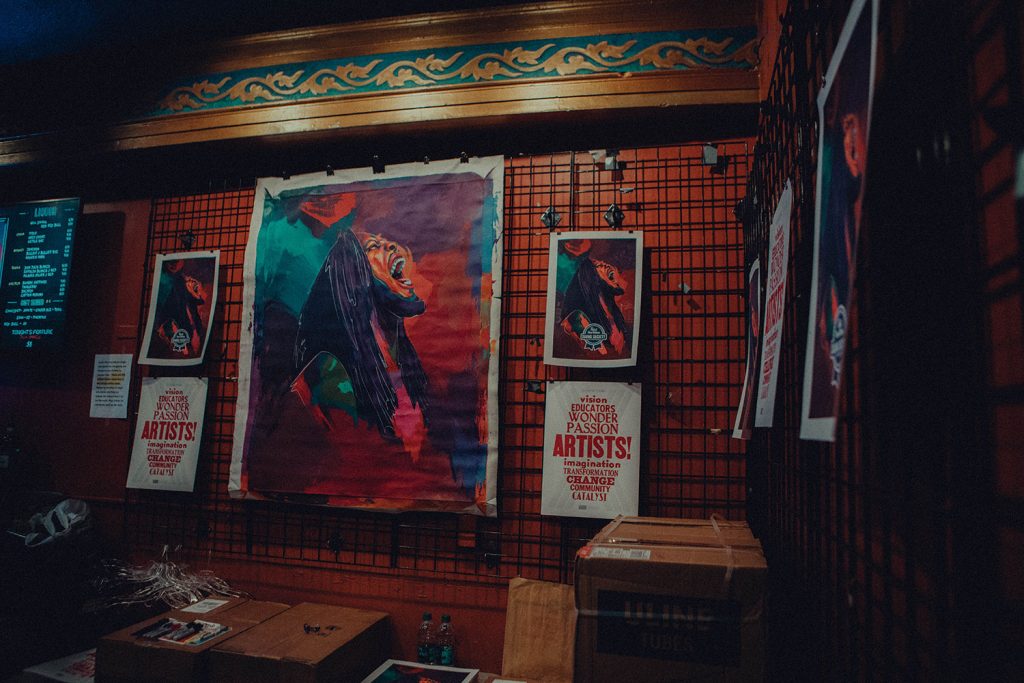 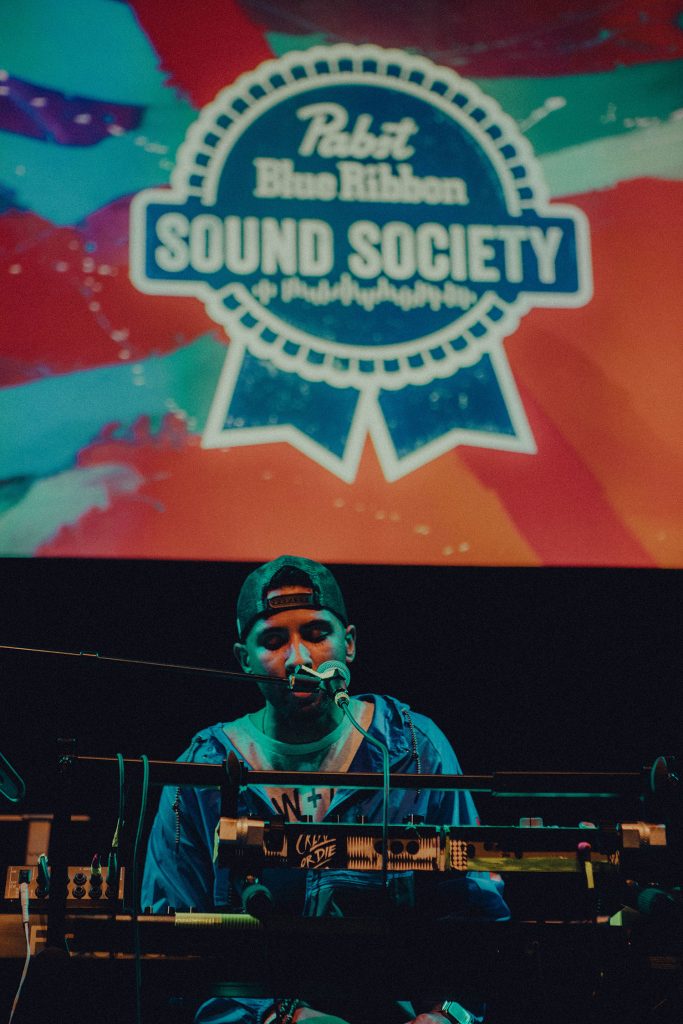 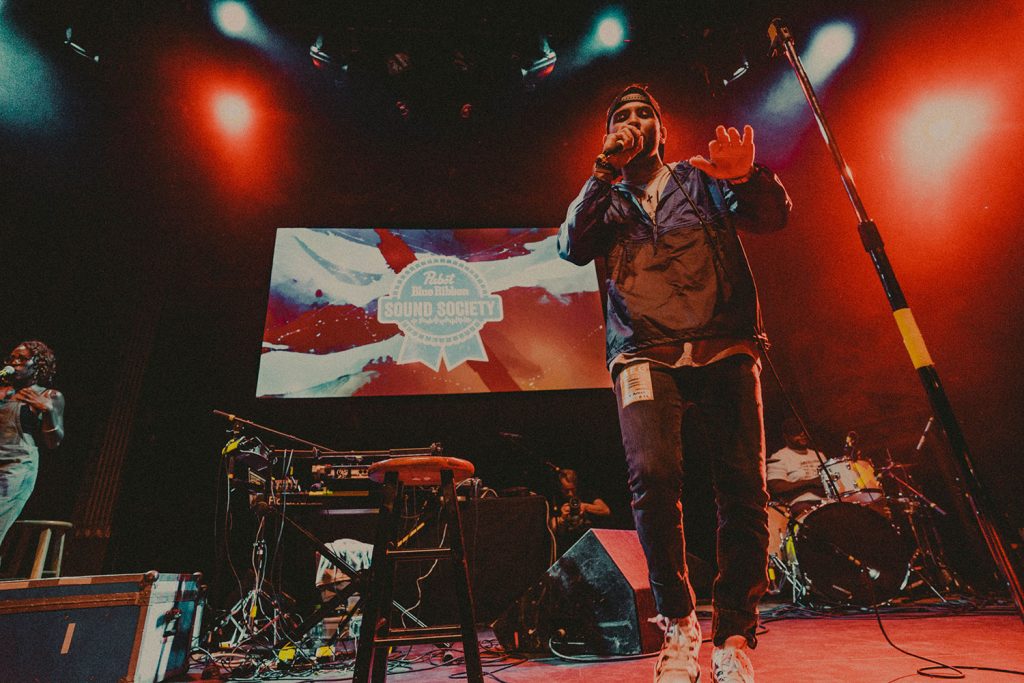 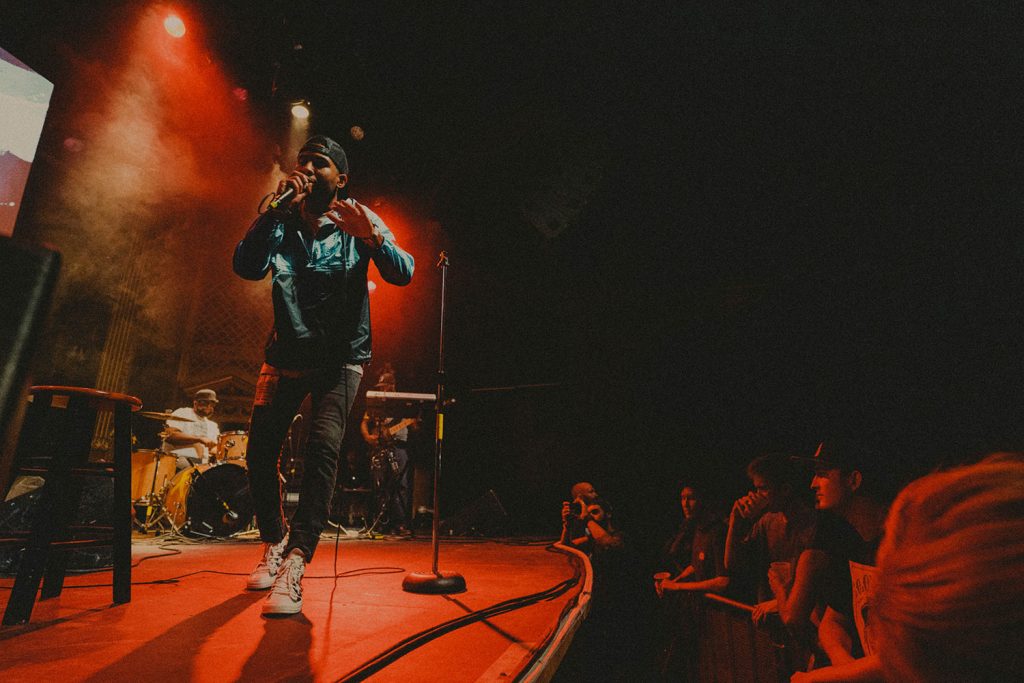 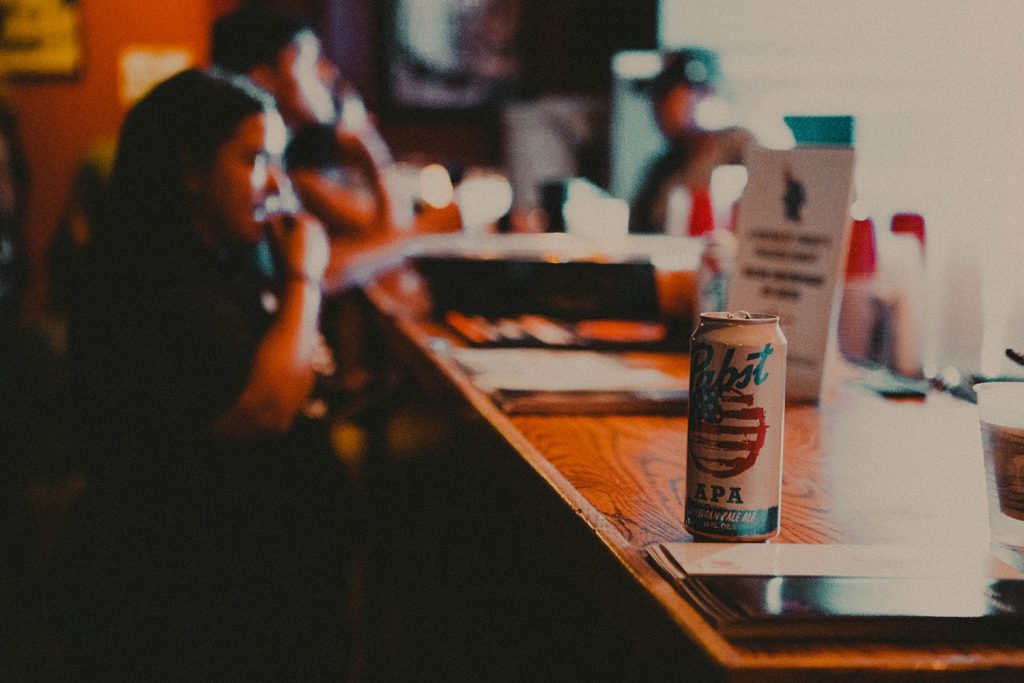 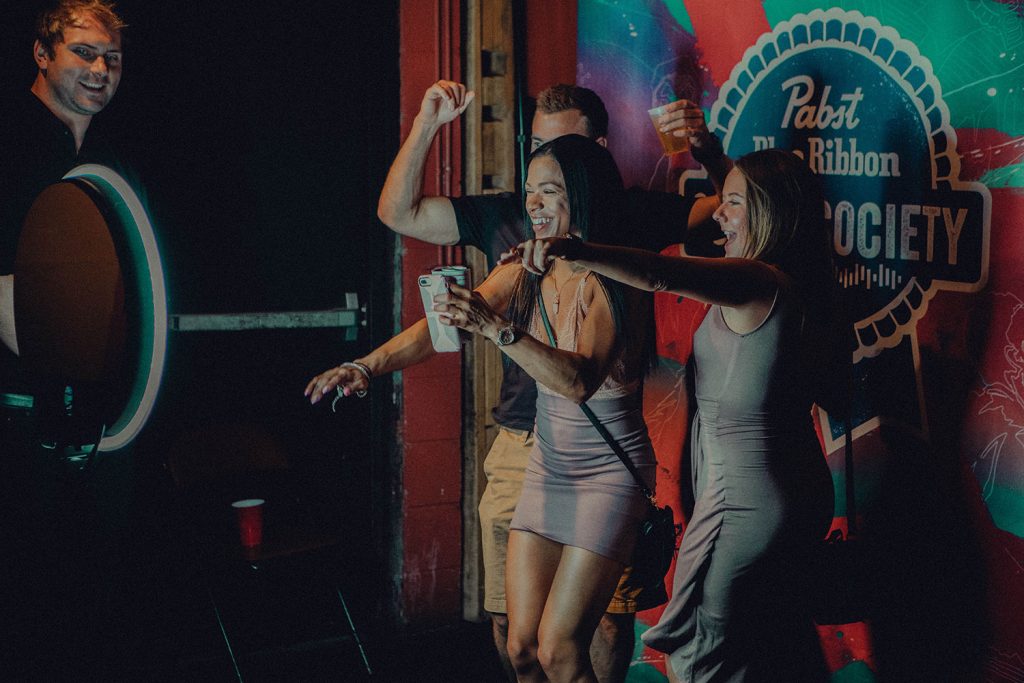 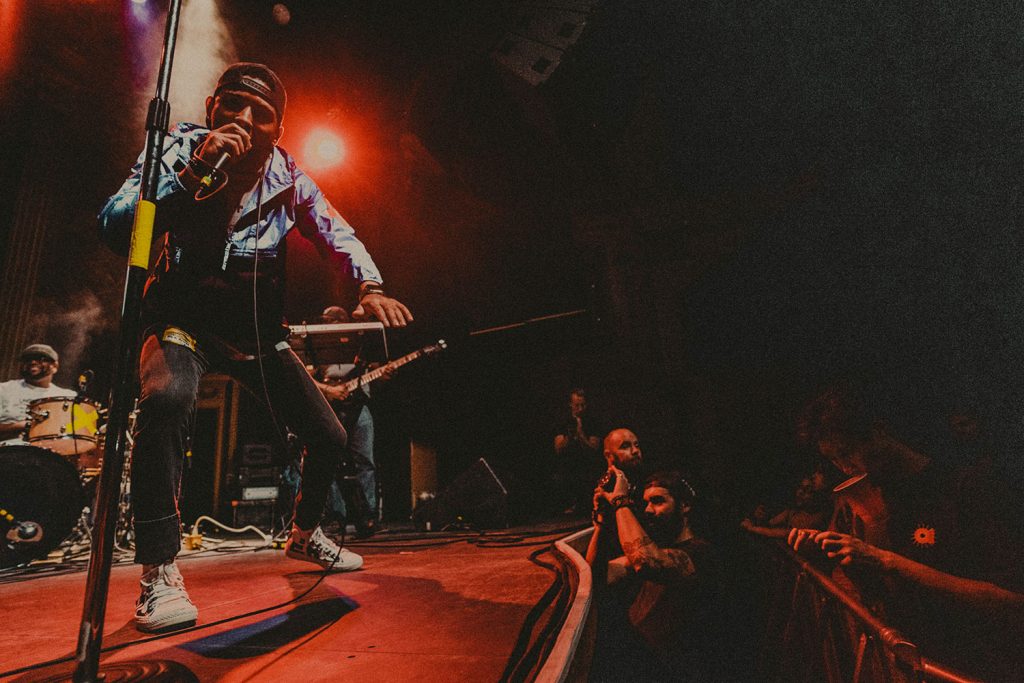 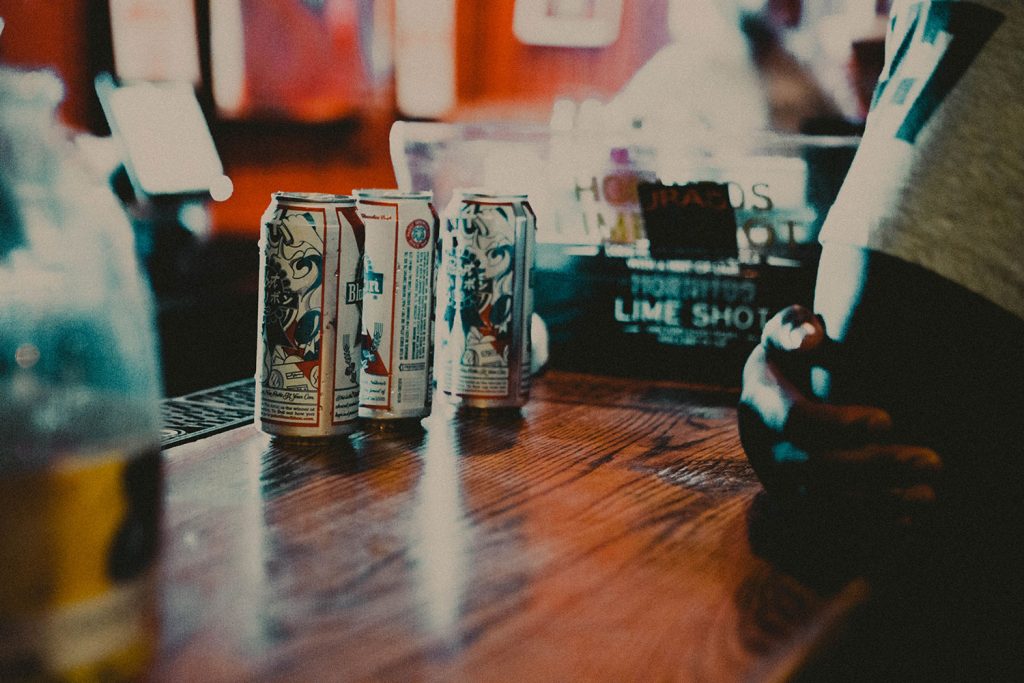 View all posts by Karina Gonzalez →