Colorado Secretary of State Wayne Williams’ office sent out a press release on Thursday afternoon asking “registration group to stop confusing Colorado voters“, claiming that an organization named “BeRegistered” has been sending mailers to Coloradoans urging them to register for the November 6th general election, but were contacting already registered voters. This caused anger and confusion, with numerous Coloradoans contacting the Secretary of State’s office to complain. Deputy secretary Suzanne Staiert wrote to BeRegistered that, “since your client’s mailers hit Coloradoans’ mailboxes recently, our office has received a concerning number of inquiries from current voters who, having received the mailer, now question their registration status. Confusing voters is a problem any time of the year. When it happens just before a major federal election, it’s unacceptable”.

In a letter to D. Eric Lycan, Dinsmore & Shohl, at Lexington Financial Center in Lexington, Kentucky, dated October 3 (screenshot below), Staiert expressed frustration and disappointment with BeRegistered’s voter registration efforts in Colorado and asked them to take steps to avoid confusing already registered voters in the state. Acknowledging prior communications between the office of the Secretary of State and BeREgistered, Staiert outlined specific requests from the Colorado Secretary of State elections division for BeRegistered going forward, including:

1. compare your vendor mailing list with our state’s most recent public voter file to remove all registered voters before sending follow-up mail pieces; and

2. amend or eliminate the final mail piece titled “Time is Running Out” to avoid the incorrect impression that there is a registration deadline Colorado – there is not.

An email to the elections division at Colorado Secretary of State’s office seeking BeRegistered organizational information was returned noting that the only contact information available was included in the press release. We had sought clarity on who the organization is, who funds it, who sent the mailers, etc, information that was not readily available online.

Dinsmore & Shohl is a national law firm based in Cinncinati, Ohio. We could not locate information on why the SOS sent correspondence to the Lexington, KY, office. Dinsmore & Shohl’s website lists offices in 24 cities, including one at 1775 Sherman Street, Suite 2500, in Denver. A call to their office was met with “no comment” and a subsequent email to “office leadership” Erich Kennedy, according to the website,  received an out-of-office reply.

In an era of increased voter suppression efforts across the country, including concerns here in Colorado, mailers which confuse voters raise a high level of suspicion and should be met with an equal level of scrutiny. We will update this article should Kennedy or his office return comment. 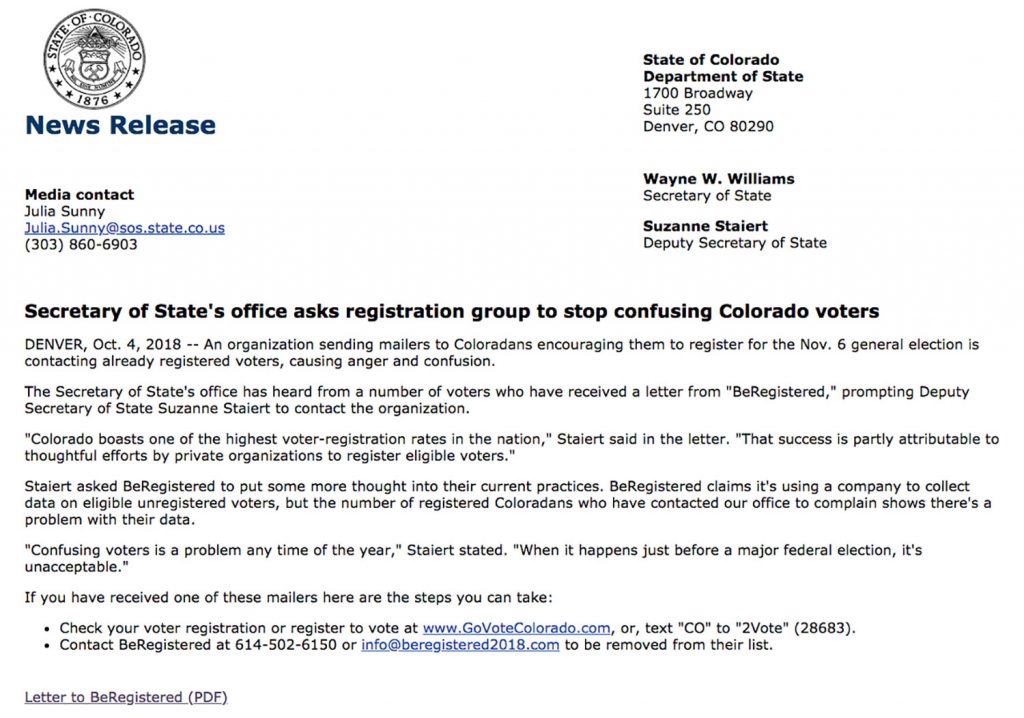 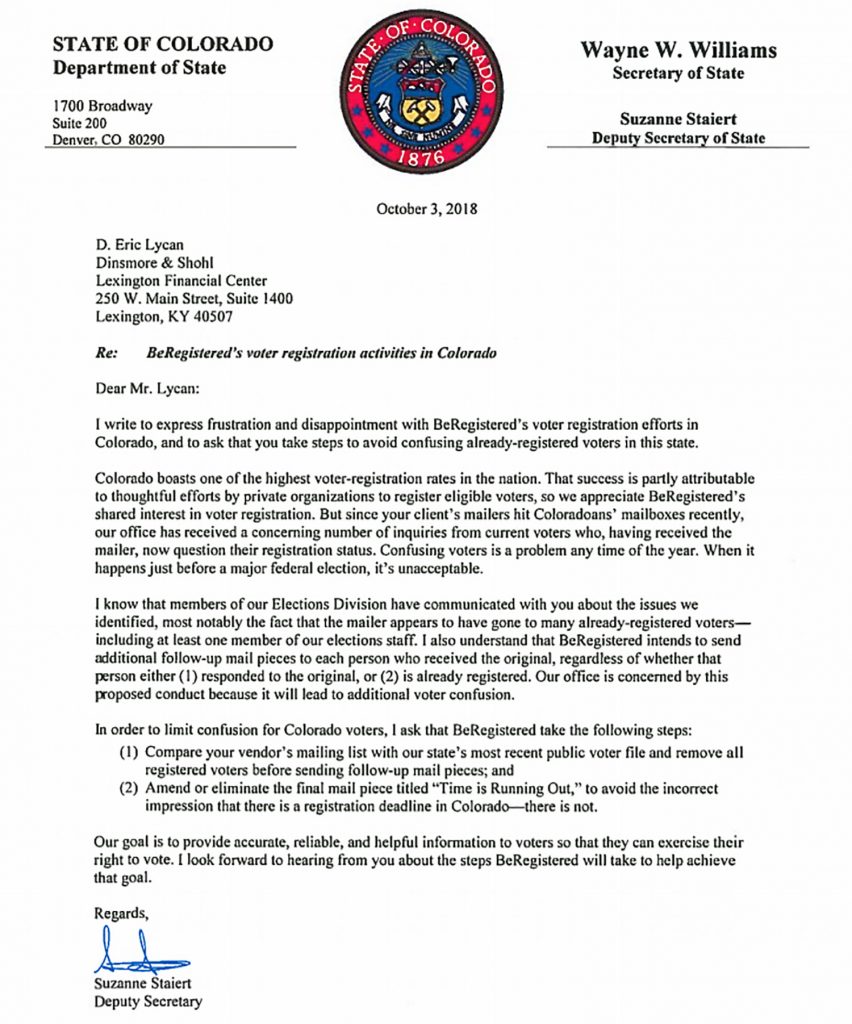