A split vote by our Editorial Board gave the activist the nod, with part of our team holding out for the more experienced candidate. 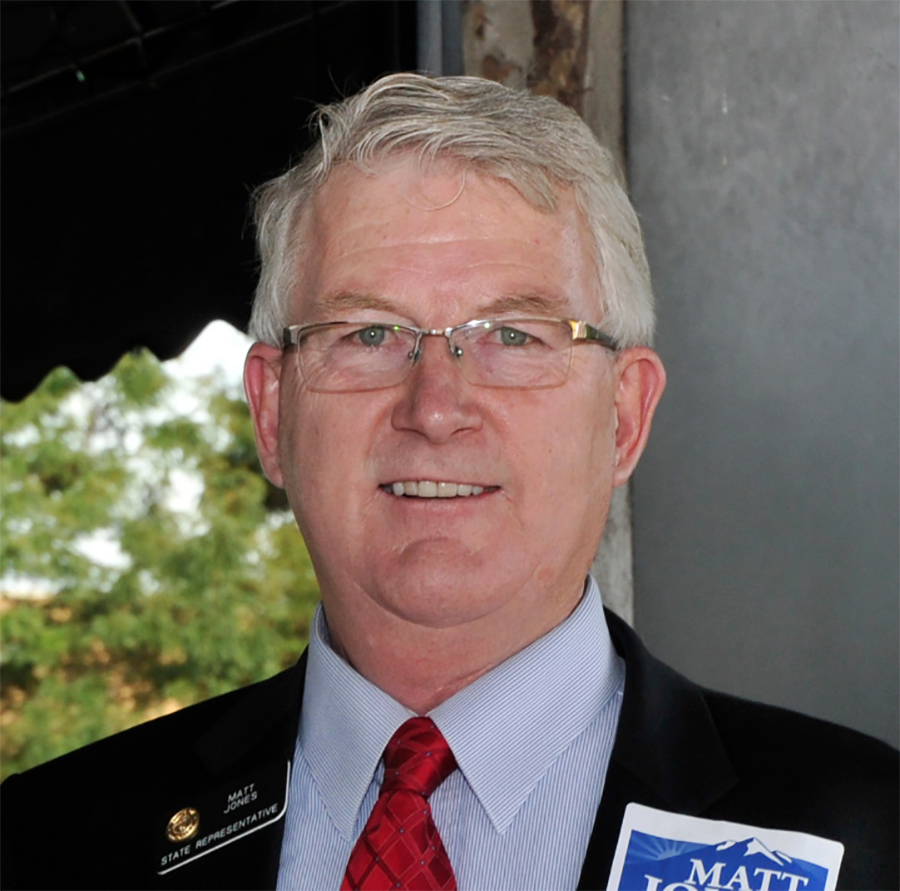 Jones is a former senator (he had a six year term), he worked in the state house for eight years, and worked for Open Space and Mountain Parks for 18 years as a planner/manager/firefighter. “We have a great county and we need to keep it that way. Having worked in local government, a lot of that time with the county, I can get stuff done.”

Transportation: “Bring the Northwest Rail to Louisville, Boulder, and Longmont before we all die. The 2042 promise date is absurd. We need to work with all these communities along that corridor, Westminster, up in Broomfield, Louisville, Lafayette, all the communities that benefit, to get RTD to do what they said. We also need to get CDOT to help with that as well in that the US 36 deal they didn’t give as much per lane mile as they should have, in fact they gave half of what the toll lane per mile cost is for I25 up by Fort Collins. Secondly, we need to get more mobility and good bus service in helping people be able to get to that service. The first mile last mile issue.”

Housing: “I would work on the Boulder regional housing partnership plan, which asks every community to give twelve percent of affordable housing, meaning lower, moderate, and middle income.  All the communities except for one and it’s a grassroots process. At the state, I supported a lot of measures to put more money into low income houses through CHFA. We need to work our housing authorities to get that done.”

Renewable energy: “First, I want to fight fracking in Boulder County. That doesn’t belong anywhere near people as we’ve been in Firestone. Secondly, I want to get to clean energy as fast as we can. In the legislature I ran a bill saying we should be statewide we should be 100% electric energy, renewable energy by 2035. With the recent climate report and the warming of our climate, we owe it to our children to act.”

Alternative Sentencing tax: “To build a structure like that, you need more money so I support it. It’s the right approach. It’s about helping people solve their problems instead of locking people up. The mental health issue in the last 20 years has become much more common the county jail and locking people up is one of the worst things you can do. We should be helping get those people treatment so that they don’t reoffend and they manage the issues they have and so they have a productive life. That’s how we should treat other human beings.”

Personal initiative: “My three initiatives are, just so you know, to fight fracking in Boulder County, get to 100 percent wind and solar as fast as we can, and to get the Northwest Rail before we all die.

2020 & standing for Boulder’s values “The first thing you do is send Donald Trump a message on election day by voting Democrat up and down the ballot. He’s made it a referendum on him. The second thing we do is continue to carry our progressive values in the county, whether that’s inclusivity, fighting fracking, privatizing public lands, I’ll do all those things and I have experience doing them at the state level at the legislative level. For us to meet our aggressive climate goals, we not only have to have people in the doing things in the county such as buying electric vehicles. The difference for me is I can be effective on day one. I know how this works, I’ve lived it, I know the people in those halls and many of them know me and because of that I can represent their views effectively, right away.” 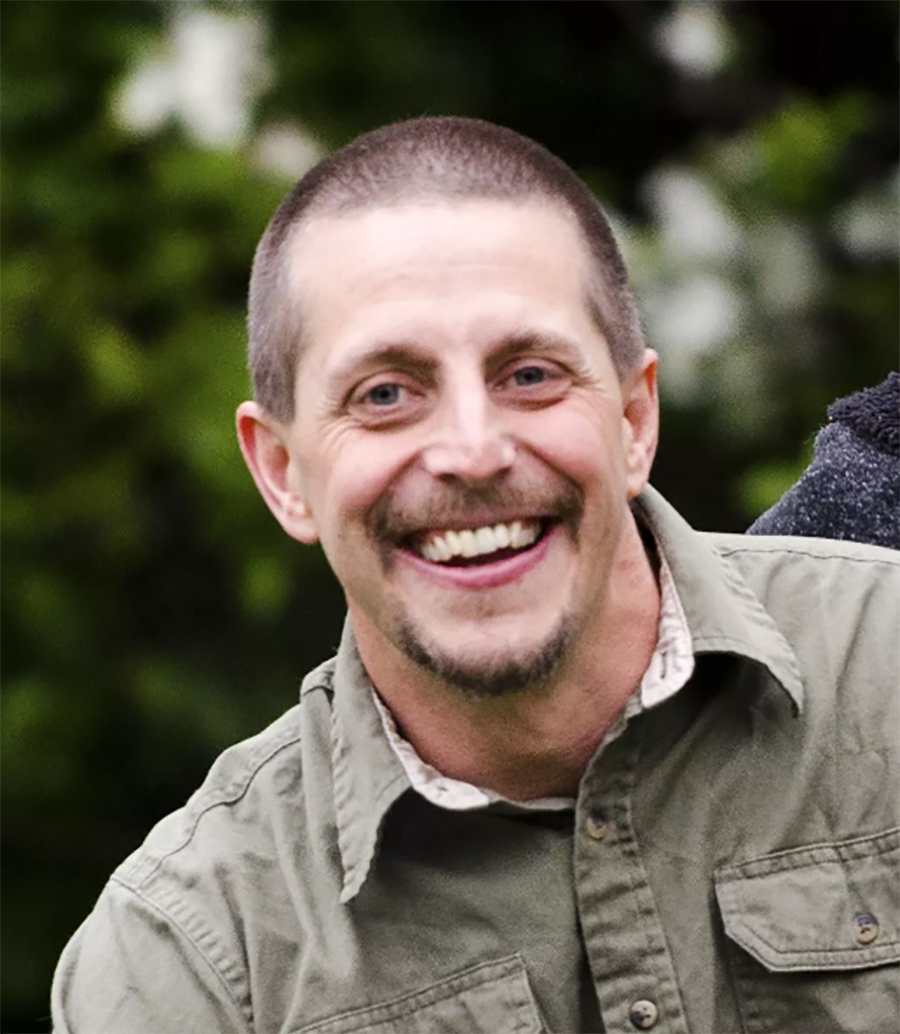 Willmeng is a longtime activist. He is also a union steward, registered nurse, and the vice president of the largest private union in Colorado and Wyoming.  “I really started when I was about 15 years old. Working at different organizations from campaigns against Apartheid South Africa, anti-war efforts in Chicago where I grew up, union activism, most recently environmental efforts in Boulder County… The reason I’m running is pretty simple, in that, a lot of the folks that are most directly impacted by county policy, whether it’s around environmental issues and oil and gas, or affordable housing, or the lack of basic 21st century transportation, those of us that are most affected by those issues are really not in any position to address them with authority. It’s my understanding that we need some new political leadership that is independent and able to mobilize the community to fight for those things that are most important to us.”

Personal initiative: “The oil and gas issue to close to home for myself, but I’m only 1 of 300,000 people of course. The most important thing is that Boulder County has a new political voice leading the commissioners. So that, of course, can be certainly used to address oil and gas which right now the county commissioners are on the trajectory toward, what they estimate, as approving 1800 oil and gas wells. There’s nobody running for county office that directly opposes that except for myself.”

Transportation: “It’s an enormous priority. Growing up in Chicago where we figured out rail transportation over a hundred years ago, I recognize the transportation of Boulder County is a political problem and not an economical one. “

Housing: “My position is that anybody that is serving the County, whether it’s a teacher teaching our students, or a nurse taking care of our families, those people have a right to live in community that they serve. Another component of us is that County wages are just completely flat and that County government has no plan to raise wages or improve working conditions so that those working class people can actually to afford to live where they work.  I’m a union leader and I understand that we have to do two different things. One, we have to subsidize public housing. For two, we have to assist the Boulder County workforce to unionization efforts so that we can improve the standard of living while at the same time providing quality housing for everyone.”

Renewable Energy: “Sustainability is a superficial conversation. The minute you suggest putting a solar panel in the middle of an oil field is what sustainable energy looks like. If we’re talking about 100 percent renewables, we also have to integrate a ban on new fossil fuel infrastructure and drilling.”

Alternative sentencing tax: “I oppose that measure based on the fact that the United States has the largest incarcerated population of any country in the world. It’s not my belief that we need to pull another 15 million dollars into incarceration facilities, where a lot of the people who are sitting in jail are there for non-violent or drug use offenses. I think that we could use that 15 million dollars to address the societal causes behind criminal behavior, increase jobs, and franchise people, that’s where I’d prefer to see the money go.”

2020: “We view social change as ultimately coming from the bottom up. So we view the campaign and the office as a way to mobilize community involvement and political participation in a real sense. That’s the way all social movements work. We have to use the County government for the powerhouse that it truly is and it’s gonna have to come at opposition to the state-corporate forces, also any force from the federal government.”