Your Vagina on Weed

Can cannabis affect your sexual health? The answer is absolutely! New scientific findings indicate that cannabis and its derivatives can dramatically reduce pain and increase pleasure for both sexes. Take into account that everybody and everybody reacts differently to different strains and products, so it would be wise to not give up if something doesn’t work and consult a professional before deciding cannabis products aren’t for you or your issue. 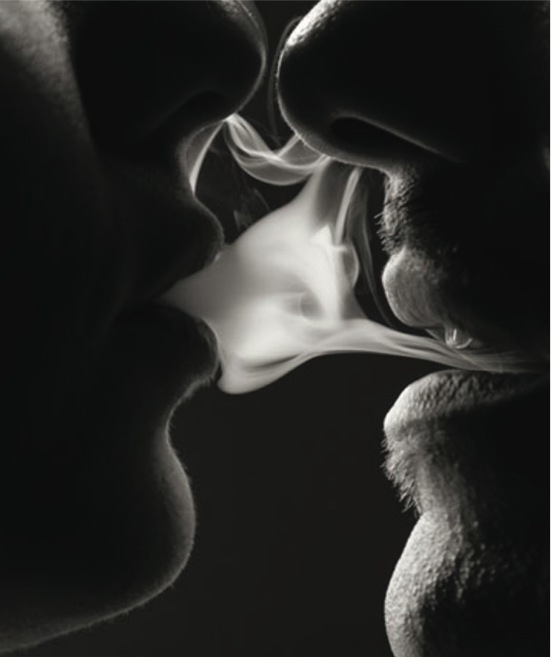 The sexual effects of every other mood-altering drug–alcohol, amphetamines, antidepressants, cocaine, narcotics–are well-documented, fairly consistent, and not particularly controversial. But oddly, marijuana’s sexual effects can be highly unpredictable, from strongly sex-inhibiting to strongly sex-enhancing. Those who call it sex-inhibiting typically report that it pulls them deep inside themselves, so far inward that they lose their sense of connection to their partner. Meanwhile, those who call marijuana sex-enhancing usually say that it boosts desire, adds to the enjoyment of sensual touch, helps them feel closer to their partner, and enhances overall sexual pleasure and satisfaction.

In 2017 researchers accessed the Center for Disease Control’s data to research marijuana’s role if any that it may play in sexual frequency. The clinical implications of their study revealed that “Marijuana use is independently associated with increased sexual frequency and does not appear to impair sexual function.” In fact, daily users across all demographic groups reported having 20 percent more sex than those who have never used cannabis.

It turns out there are tons of anecdotal stories and products associated with the growing cannasexual-culture. The term cannasexual was coined and now trademarked by Ashley Manta; and is used to describe anyone who mindfully, deliberately combines sex and cannabis. Cannabis can be used to enhance sensation, ease discomfort, and promote intimacy during solo or partnered play. THC is a vasodilator (brings more blood to the area), that’s why your eyes get bloodshot when you smoke; imagine just putting that on one’s genitalia (increased blood ow = increased pleasure). Remember that a psychoactive high does not necessarily need to accompany cannabis use, one can easily use topical cannabinoid-infused creams, sprays, balms, or any CBD-only product without psychoactive effects.

Aside from products designed for enhanced pleasure, there is a slew of choices to relieve menopause symptoms, endometriosis pain, and vaginal infections. From cannabinoid suppositories to weed-lube there is a relevant cannabis counterpart to your downstairs.

There’s limited research when it comes to how effective CBD products are. There’s mostly anecdotal evidence, which means further academic studies need to be conducted but there is however basic scientific evidence that CBD plays a role in reducing neuroinflammation in the body.

Cannabinoids address pain in two ways — not only do they desensitize pain-perceiving nerves, they also limit inflammation (which is often a major contributor to pain). This powerful combination probably led to cannabis’ widespread use by our ancestors for treating pelvic 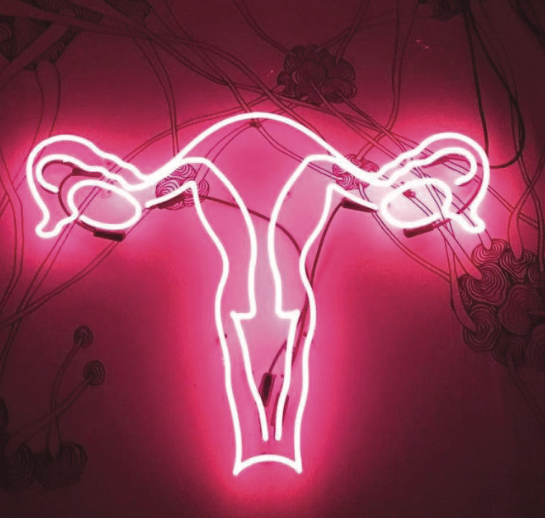 pain. CBD targets the same enzyme that Ibuprofen does — decreasing your body’s production of inflammatory prostaglandins that stimulate painful cramps — and THC & CBD reduce both the intensity of the cramps and your ability to feel their pain signals.

A natural cannabinoid, anandamide, is chemically similar to THC and can bestow a “high” sensation (think “runner’s high”), but they also share another effect: regulating body temperature. Thus, THC may be a key cannabinoid when mitigating the effects of hot ashes during menopause.

Studies suggest an association between the genes that code cannabinoid receptors and postmenopausal osteoporosis. Other studies report that cannabinoids CBG, CBD, CBC, and THCV “stimulate bone growth and may be able to prevent osteoporosis after menopause.”

Interestingly, certain cannabinoids, the natural chemical compounds found in canna- bis, have shown antibacterial and anti-fungal properties that could prove to be effective medicine for vaginal infections and their symptoms. In one study from 2008, published in the Journal of Natural Products, researchers concluded that four major cannabinoids: CBG, CBD, CBC, and CBN all show “potent activity” against bacteria like MRSA.

Without going into all of the science behind the benefits of each cannabinoid available, it seems that the biodiversity of the cannabis plant offers an immense opportunity for relief and enjoyment like no other!