Opinion: Democrats Must Protect Us From Oil and Gas 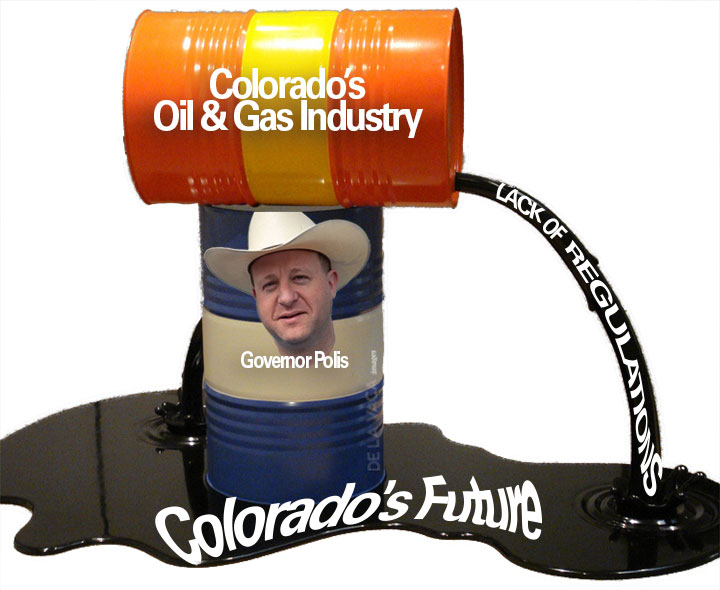 [Editor’s note: the Colorado Supreme Court announced on Jan. 28th, made public Jan. 29th, that they would not reconsider the Martinez ruling, making any possible a solution a legislative one, which would have to be signed into law by Governor Polis.]
The recent ruling from the Colorado Supreme Court in Martinez v. COGCC held that the agency responsible for regulating oil and gas development in Colorado (the Colorado Oil and Gas Conservation Commission) has a duty to foster the industry. The COGCC is supposed to prevent and mitigate impacts that might damage public health and safety, but only after taking into account cost-effectiveness and feasibility. What does that mean when the oil and gas industry is going through a period of contraction due to the low price of resources?
Apparently the COGCC has to keep on fostering this struggling industry. What if the cost of production without any safety regulations in place is close to or even below the price of oil? The logical conclusion from the Supreme Court is that the Commission must find that it is not “cost-effective” or “feasible” for the Commission to require health and safety protections. The COGCC has to keep on permitting.
As the amount of production ramps up in Texas and elsewhere, the price of oil has been dropping. Under the Colorado Supreme Court’s interpretation of the statute, that means that Colorado must put up with dirtier and more dangerous production methods, and less health and safety for its residents.
Also not being addressed is the health and safety of oil and gas workers, who already have injury and fatality rates many times higher than the average worker. Oil and gas workers are often used as political pawns of the industry, who trot out the old “jobs” argument every time sensible regulations are suggested. But workers are getting sick, they’re getting chemical burns, they’re dying from gas inhalation, from fire and explosion — there are a thousand different dangers on a fracking site. We’ve seen several injured workers post GoFundMe pages to get their medical costs covered. Workers may like their jobs, they might love their salaries, but nobody loves getting hurt or killed just because the price of oil fell below the cost of safety measures.
Democrats now control the Governor’s office, both houses of the General Assembly, the Attorney General’s Office… what are they waiting for? Now is the time for people to call their legislators and let them know you demand health and safety protections from the oil and gas industry. If the industry can’t afford to protect their workers and the communities they frack, then they can’t afford to frack. If it can’t be done safely, it can’t be done at all.
A list of your state legislators with contact info can be found here. In particular, Sen. Angela Williams (D), Sen. Lois Court (D), Sen. Chris Hansen (D), and Sen. Leroy Garcia (D) have talked a lot about “jobs” while ignoring the health and safety crisis in our communities.
You can reach Colorado Attorney General Phil Weiser here.
To contact Governor Jared Polis, click here.