Vanilla beans, baby: The second most expensive spice in the world 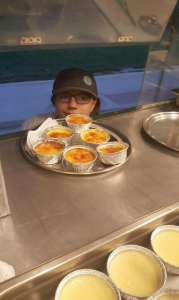 The sound and feel of the first crack on the caramelized layer of sugar on a freshly fired white chocolate crème brûlée at Piece, Love, and Chocolate in downtown Boulder may have you feeling like Amélie. It will only cost you $3.95 but the 1/12th of a teaspoon of vanilla used in the top-secret recipe has been averaging $350 to $400 a gallon wholesale and $18.95 retail for four ounces of the pure Madagascar vanilla.

Why is vanilla so expensive? First of all, it’s an incredible flavor. “Scientists have found more than two hundred fifty natural flavor and aroma enhancers in real vanilla,” says Kim Barnouin in her cookbook Skinny Bitch – Ultimate Everyday Cookbook.

Secondly, Daniel Hayward, managing partner of Savory Spice Shop says “mother nature is partly to blame.” Madagascar produces 95 percent of the world’s vanilla and it is at a record high due to the intensity of tropical cyclone Enawo in March 2017, which wiped out a third of the country’s crops and killed 81 people.

Rodelle, a vanilla manufacturer, started in France and moved to Fort Collins a few years ago. Representatives explain that the cost is also due to the crop being extremely hard to pick. “Vanilla is a very labor intensive natural product, and each vanilla pod results from hand pollination. The vanilla industry has seen a few years of low-quality and reduced volume in vanilla beans available.”

Michael DeBoer, the chef-owner of The French Twist Food Truck in Louisville which was recently featured on “Food Truck Fan Fight” on the Food Network, echoes what many chefs and food suppliers are murmuring: that major corporations price-locked the market. DeBoer who makes a phenomenal and popular crème brûlée says, “Awhile ago, when Vanilla Coke was popular, Coca Cola bought a ton of vanilla and locked the market.”

Third generation Boulderite Shamane Simons, owner and head chef at Shamane’s Bake Shoppe has a vanilla bean custard based fruit tart that is a hot seller. Her Swiss imported vanilla costs her $325 per gallon. She says that vanilla is universal in all pastry kitchens and the tart wouldn’t have the same amazing taste if she used extract instead of the bean.

But DeBoer proudly declares that he buys the vanilla at Costco, “just like anyone else.”  “Pure vanilla extract is pure vanilla extract; you can pay a little more or a little less. “ However, he warns that people should not be tempted to buy artificial vanilla. “There is no cheap alternative unless you want chemically-tasting food that tastes like it came from a convenience store.”

As for scents, “Vanilla is always on trend,” says Dawn Spencer Hurwitz, owner of “The Essense Studio and DSH Perfumes.  Her “vanille botanique” is a top-selling fragrance mix where Madagascar vanilla is extracted via a CO2 method, which is even purer than an absolute extraction, where a solvent like ethanol or hexane separates the pure aromatic. It costs her $600 an ounce but she buys in bulk so she never has a shortage.

The popular cult favorite Vanilla Moon at Kokopelli Beer Company in Westminster sells their four ounce draft for $3 while a 16 ounce draft will cost you $6.50 and, it’s worth it. The Madagascar (again) vanilla bean enhances the chocolate aroma stout for a semi-sweet finish.

There is a moderately priced third form, natural vanilla, which uses some actual vanilla and other plant based flavoring agents like wheat germ and other plants that contain vanillin. Natural vanillin is the fragrance and flavor that makes up about 25 percent of the aromatic properties of vanilla beans.  This more moderate vanilla retails at $12.95 for four ounces at Savory Spice Shop. Vanillin came about after three cyclones hit Madascar during a few months in 2000. Hayward has one positive take on the current shortage:

“The only upshot, if there is one, is that small subsistence farmers get a huge injection of cash upfront, which may help them to invest in vanilla orchids, help them build schools and wells and infrastructure. They know the value of the crop.” And now you do too. 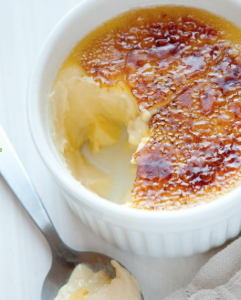 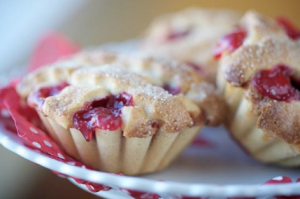 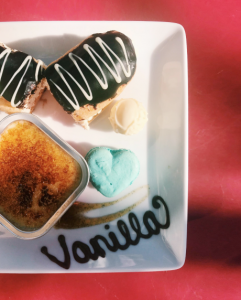