A byproduct of a severely limited public [read: white] imagination, coupled with a racist preoccupation with skin color, crossed with a profoundly American lack of cultural understanding, can mean a misguided perception and projection of how we process the world around us, the communities in which we live, work and play.  In response to our Cover Concerns and some online hate, we’re launching our brand new series: DiverCity, where we’ll be highlighting the intersections of identity that exist in BOCO. It’s easy to miss people of color when we make up less than 10 percent of the population. But there’s more: gender, sexuality, ability, age, religion. Buckle up. We’re diving in. This is is the first in our series. 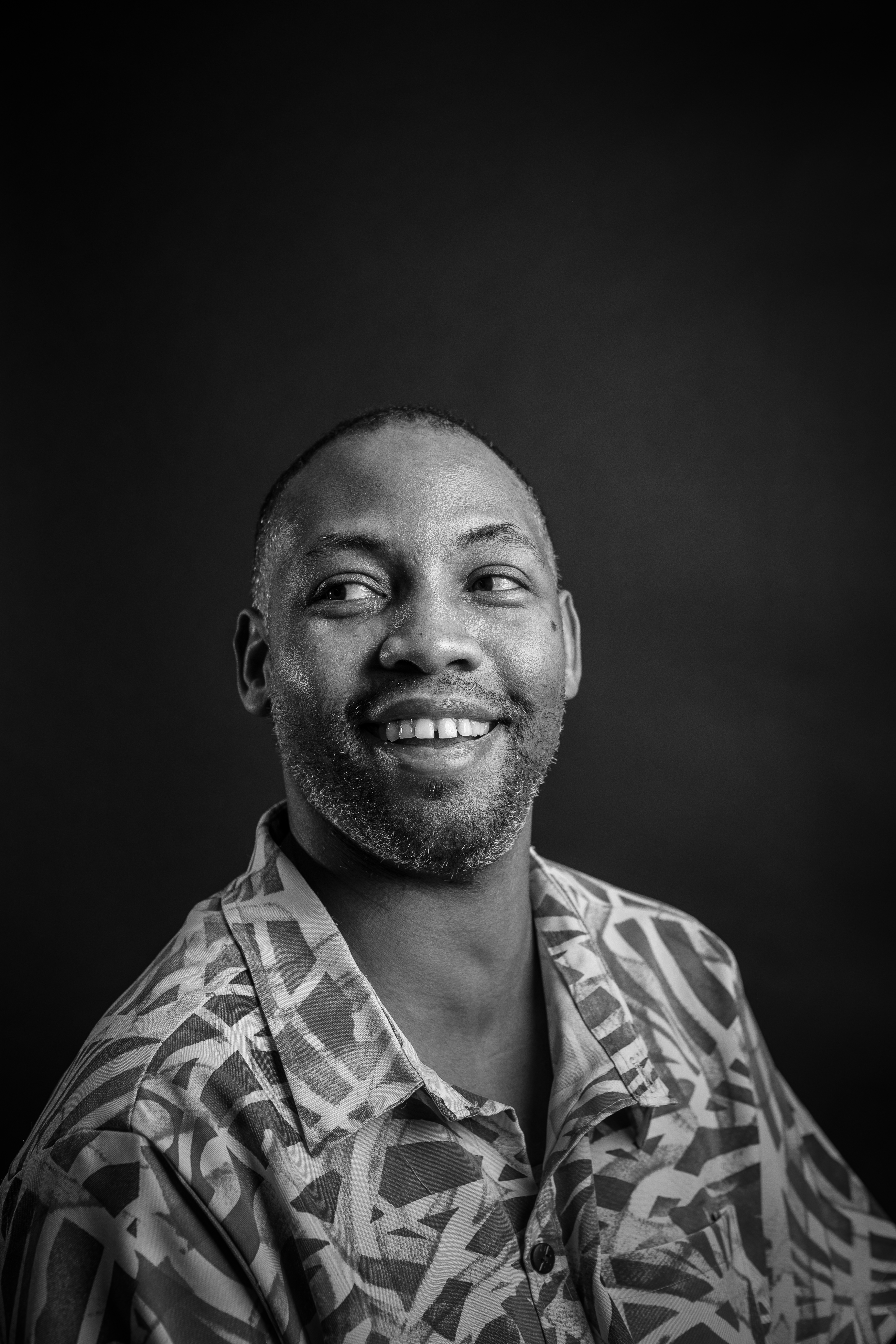 Contrary to popular belief, not everyone has an equal shot or a fair shake at this thing we haphazardly call the American Dream. Sure, it’s possible, but it takes more than just a dream. On passion and power, Ja’Mal speaks.

Hair. It’s a problem, or it can be, unless you have a good barber. Meet Ja’Mal. He’s from an old New York family, “born and raised in Brooklyn.” His family has “lived in the same house since 1908… It’s pretty awesome.” He’s also the owner of Brooklyn Barber Academy in Boulder, so Ja’mal lives in Boulder now. He moved here for good in ‘99 and Boulder is not NY: not in size, scale, density, or diversity. Not at all.

Boulder is 88 percent white (83 percent in 1999), so a Black man stands out. People of color stand out. It’s important because, as he recalls, weird things happened to him afer moving here. He says his experience has been, “Really weird. Everyone thought I was a football player at CU. Everybody told me, they didn’t ask me, ‘I saw you on the field’ or ‘I saw you on the court. You did really well. Man, you’re awesome.’ At that point, I had never been to the field or stadium.”

It’s more sinister than just being a caricature stand in for any Black body. “You also feel like you’re a predator,” Gilmore says, “people were legitimately nervous of me, cause they had never met a black man, I guess, that stands upright from being in the military, my shoulders are a bit broad… maybe it’s cold and I got a hoodie on, and the stereotype of what or who Black people are. People were afraid of me.” This is normal in America, if abnormal in moral and conscious people. Work was no different, as people that knew Gilmore would “see me in the street and not even acknowledge me. I had never experienced that before.”

The specific issue, “the piece that was missing, was the humanity piece. People would talk about diversity and then they wouldn’t even break bread. The way I got fired [once], people just wouldn’t schedule me anymore” until he figured it out and stopped going.

There were also positives. Boulder had history that appealed to Ja’Mal. He was told to look up Penfield Tate, Boulder’s only Black mayor, “and I looked him up, and I was like ‘Wow.’  He was the one that was bringing the LGBT issue to the forefront. He would embrace everybody, and then they got rid of him…Years later, Boulder’s known as a beacon of LGBT rights. So for me, it had some Black history here. It had White history. It had some Native American history here that I was into.”

A military man, his family has “been in every single war since the Civil War… We’ve been through pretty much everything that America has has been through.” He had spent time in Japan. The Japanese spirit of entrepreneurship, active lifestyle, and using money as a tool is what made Boulder appealing. In fact, Tokyo had voted Boulder the number one place to live in America.

He recalled with a laugh that, “this was the time when the Ramsey’s was [sic] having an issue with their daughter… JonBenét, kids were going crazy at Columbine, this was that time period. And I was like, ‘Really? Are you sure?’ But being a part of where I was from in Brooklyn, I wasn’t scared. Again, it was about the ability to gain capital and the ability to have a good life. Once I got here, I totally saw all of that. You got to see a lot of bootstrap people.”

Bootstrap to Ja’Mal meant he could live his passion, and his passion was hair. It wasn’t supposed to be that way. In NYU at 15 (he graduated at 17), he “lived in Brooklyn, went to school in Queens, and NYU was in Manhattan. My days were spaced out. To break it up, ‘cause I didn’t fit in a lot of places, I went to this barber shop called Astor Place Barber. You walk downstairs and there was more than 30 barbers, everything we just talked about: LGBT, Black, Spanish, White…”

Astor Place is where he learned his craft but, coming to Boulder, he had to learn to cut non-Black hair, an issue he hadn’t experienced prior. He mastered that and opened the Brooklyn Barber Academy in 2016. It took a while because he had to build equity in his home to leverage; “I couldn’t get any loans. No angel investors. No backing,” he says, an issue he ascribes to race-based concerns from lenders. 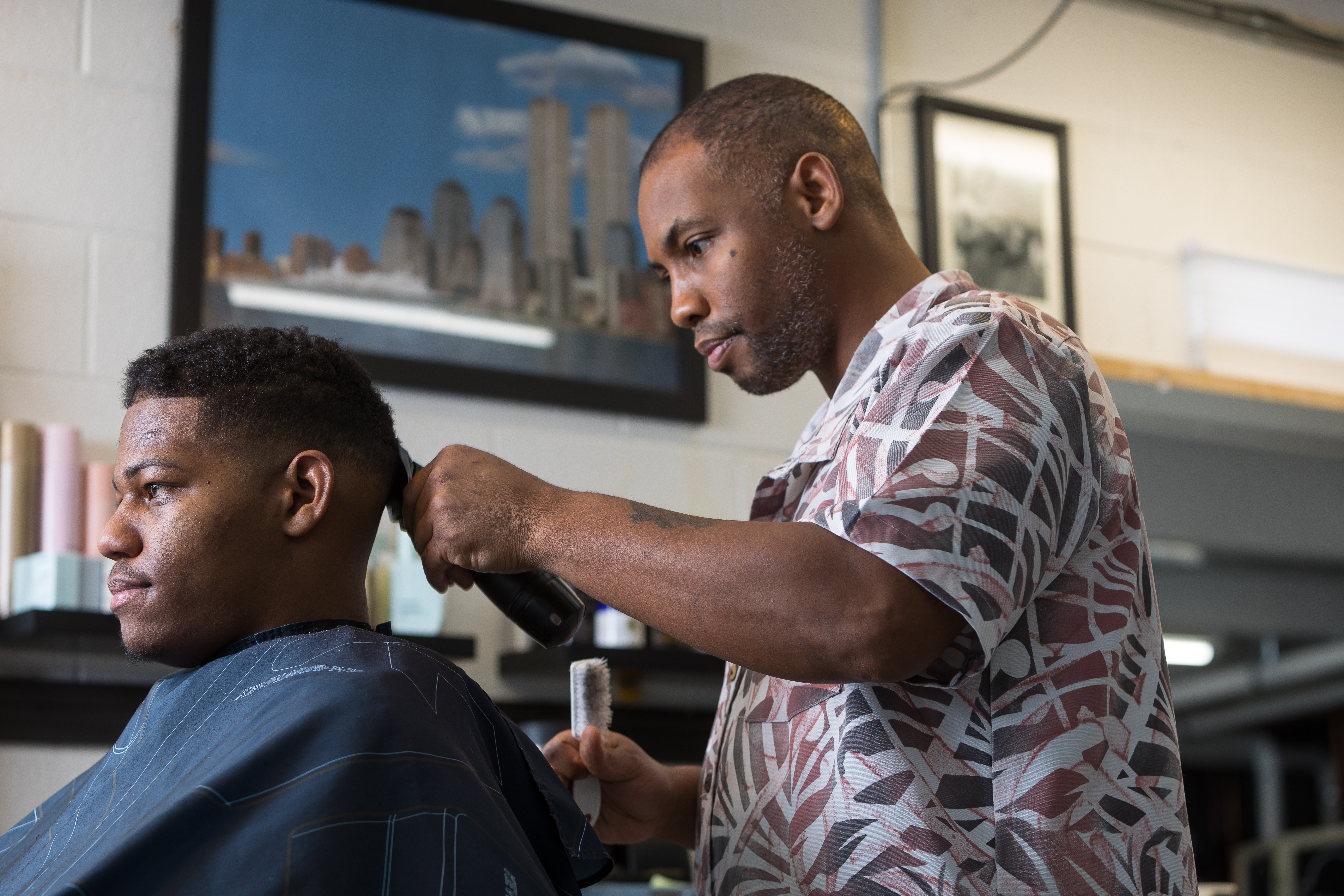 Speaking of race concerns, Brooklyn Barber Academy is moving, after nearly three years at the current location. “Our landlord gets his haircut at the Truman Barber shop,” Ja’Mal says without mincing words, “and that’s our direct competitor. I guess they concocted to take over this space when we were done to turn it into a wine bar, which helps two people out. Our competitor gets rid of their competition and the landlord gets a whiter space.” Anthony Lavdanski, the owner of Truman Barbershop, in a Daily Camera Letter to the Editor dated Dec. 10, said that he never “had any intention of displacing another business, let alone a fellow barber. We even consulted with Gilmore before signing the lease to make 100 percent sure we were in no way infringing on his business.”

Ja’Mal remembers it differently, citing “horrible communication and a lot of mistrust between both myself, the landlord and property managers: we effectively got pushed out.” Asking about the lease since the building changed hands, Ja’Mal was told, ‘don’t worry about it, we only negotiate leases 30 or 90 days before termination’ and that would have been January of 2019”. Around Halloween (‘18) he was told they “‘found a better business’ and I was like ‘what? You told me this date and now you’ve already went out and found somebody?’ They’ve never really wanted us here.”

Brooklyn Barber Academy  – the only Black owned barbershop in the area – is moving to 28th and Lee Hill. “We’re gonna be sharing space with the MYLK House girls; they’re dope.” Asked about the future, he’s crystal clear: “We have future plans. We want to turn tragedy into triumph. So we would like to start an inclusive community center for kids between the ages of middle school and high school…We already kicked it off. We’ve been working with a company that’s working with Google that’s launching kids from San Juan de Centro into coding.”

With the history he holds, his determination to succeed, the roots he’s grown, and a new adventure cultivating a generation of new coders from underserved areas, Ja’Mal isn’t going anywhere, even if the shop is moving.  Stop in, support a Black business, and get a fresh cut